Episode seventeen of Aikatsu Friends! Shining Jewel comes to us a little bit later than usual, but I’d say it was worth the wait. After all, it is finally time for Wakaba to make her debut as an idol. This does mean things are going to change for her, though. 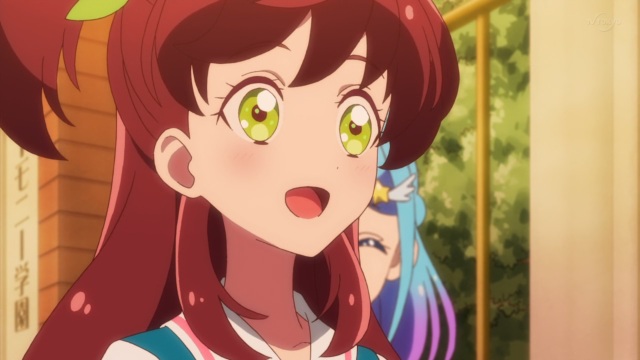 Wakaba looks forward to her debut

After overcoming Mirai’s final trial in the previous episode of Aikatsu Friends! Shining Jewel, Wakaba is ready to take to the stage and make her debut as an idol. Mirai has been her producer up until now, but that will change afterwards. 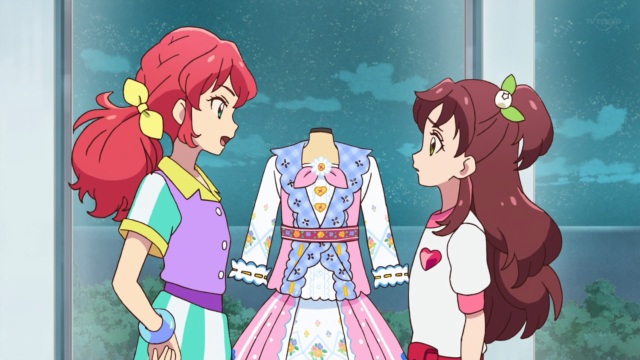 The dress is Mirai’s last present to Wakaba

A fair amount of time in this episode is dedicated to Mirai and Wakaba preparing for the latter’s debut. It provides something of an insight into the relationship that the pair have developed, and gives Wakaba a chance to learn what is next.
Mirai’s goal all along was to produce an idol up until their debut; after that, Wakaba will be flying solo. 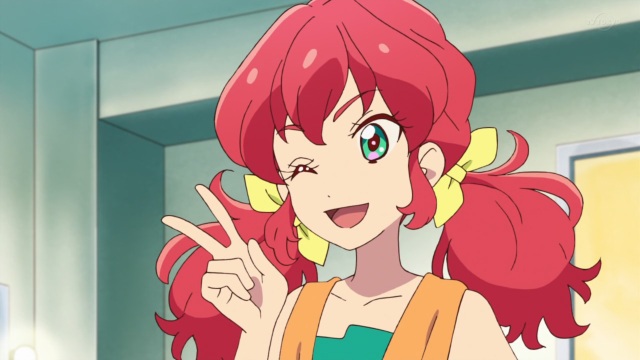 Mirai believes there is no time to be feeling lonely

It should go without saying that the impending sense of loneliness gets Wakaba down. Mirai, on the other hand, feels like there’s no time for any of that. She is focusing on preparing for Wakaba’s debut, and making it the best show she can. 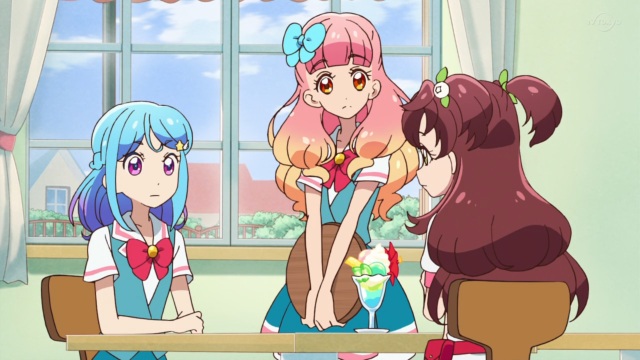 Things are going to change for Wakaba, and that has got her worried. Fortunately, some advice from Aine and Mio soon perks her right back up, and she is eager to get back out there and train with Mirai one last time. 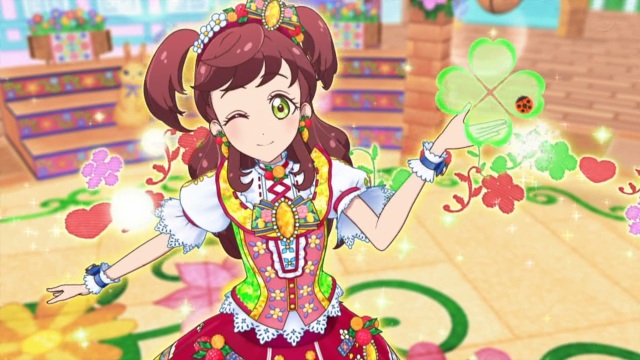 Finally, the time comes for Wakaba’s debut show. Her song is pretty good; feels like a perfect match for her. I guess Mirai should be the one to thank for that. There’s also another surprise during her performance, which gets Honey Moon in particular fired up.
The episode ends with gratitude, a hug and teary eyes.

These past couple of episodes that have focused on Wakaba have been good. Of course Wakaba is the main focus, but we’ve seen Mirai grow in her role as a producer. She raised the fledgling Wakaba to idol status, and now has to watch as she flies the nest for the first time.
Wakaba is impressive, too. She just debuted, and already has a Jeweling Dress. Hopefully we won’t have to wait much longer to see Honey Cat and Reflect Moon get theirs.

Wakaba makes for a very welcome addition to the Aikatsu Friends! Shining Jewel cast, even if she was kind of put aside for a while to focus on the excellent I Believe plot. Was worth the wait, though.