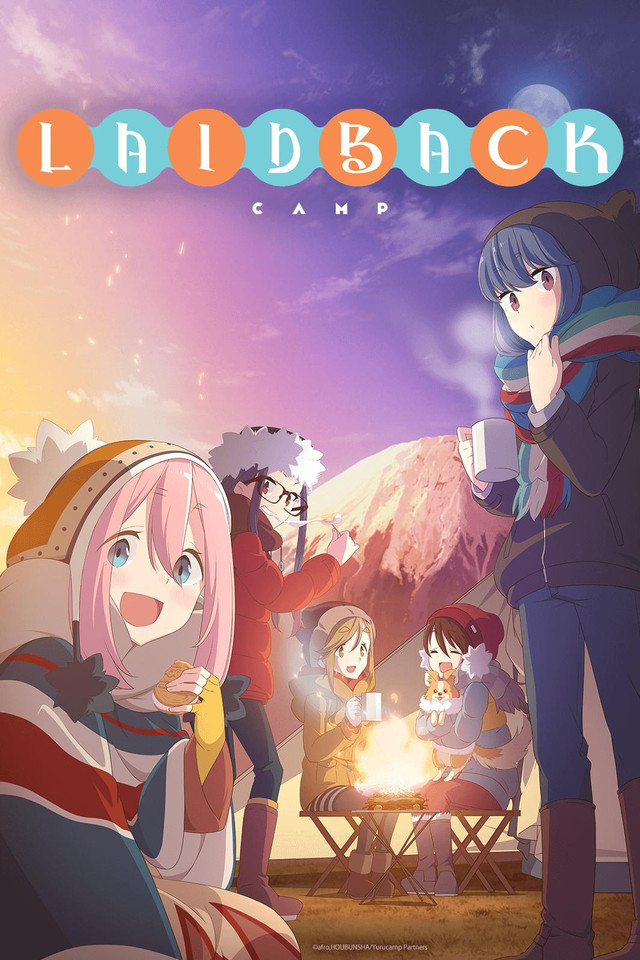 Laid-Back Camp is a twelve-episode anime adaptation of the manga series by Afro. The studio that produced it was C-Station, and the director was Yoshiaki Kyogoku. The writer for the anime was Jin Tanaka, whilst the music was by Akiyuki Tateyama.
Laid-Back Camp aired during the winter 2018 season of anime, and is available to be watched on Crunchyroll.Laid-Back Camp is exactly what the title says. It is a show about a group of girls who go camping, and it is very laid-back. In fact, it is probably one of the comfiest anime shows you could watch.

Laid-Back Camp is yet another cute girls doing cute things/slice of life anime, though in this case it might be more accurate to call it cute girls going camping.
What makes it differ from the rest is that whilst it does have a central group of characters, a large part of the season focuses on the solo camping efforts of Rin Shima.
Rin tends to prefer to keep to herself, and she has ample opportunity to do that by going camping.
Laid-Back Camp isn’t just about Rin, though. Much like other shows of this genre, there is a school club dedicated to the camping – the Outdoor Activities Club, or just Outclub for short.
The Outclub consists of two members to begin with – Chiaki Oogaki and Aoi Inuyama. They gain a third member, Nadeshiko Kagamihara, after she ends up camping together with Rin.
The anime contrasts Rin’s solo camping with the group camping of the Outclub. Rin is also more experienced than the Outclub members, but that doesn’t stop them from enjoying their trips.
As you might expect, Rin is eventually integrated into the group, though that doesn’t happen until close to the end of the season. Nadeshiko is ultimately the one who convinces her. 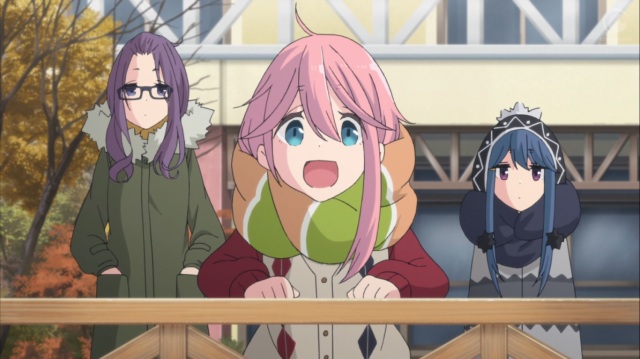 As for the camping itself; the anime makes it look like a great experience. You get the brilliant views of the various places the girls go camping, and Nadeshiko is pretty skilled at making the food she eats look very good. That is something that Rin even remarks upon herself.
Some parts even have a narrator explaining the intricacies of camping, such as the different types of tent or such thing. For those who don’t know much about camping, these pieces of exposition provide a nice insight into what exactly is going on.

As befitting the name Laid-Back Camp, the soundtrack is suitably relaxing. It helps set the tone for how comfortable this anime is to watch. The ending theme is pleasant enough, and the opening theme bears a striking resemblance to a song that English viewers may be familiar with.

There’s no drama or peril to be found in Laid-Back Camp; it is just a story about girls who go camping. It does manage to throw in many funny moments as well, and they work very well.

Score: 10/10
Laid-Back Camp is a fun, relaxing time. This show can proudly hold its head high amongst the likes of Amanchu! and Flying Witch with just how incredibly comfortable it is. An ultra comfy experience that will make you feel like part of Secret Society BLANKET.

I enjoy writing, manga, anime and video games, so naturally here on my blog, you will find anime reviews, Nintendo news and other such things that I deem interesting.
View all posts by Rory →
This entry was posted in Rory's Reviews and tagged Comedy, Laid-Back Camp, Rory's Reviews, slice-of-life, Winter 2018 Anime. Bookmark the permalink.