I enjoy both the Fire Emblem and Senran Kagura franchises, and today bought some news along for both of them. We’ve got a couple more characters revealed for Fire Emblem Warriors. For Senran Kagura, there was a stream held for the franchise. I’ll be focusing on the Nintendo Switch stuff from that stream. 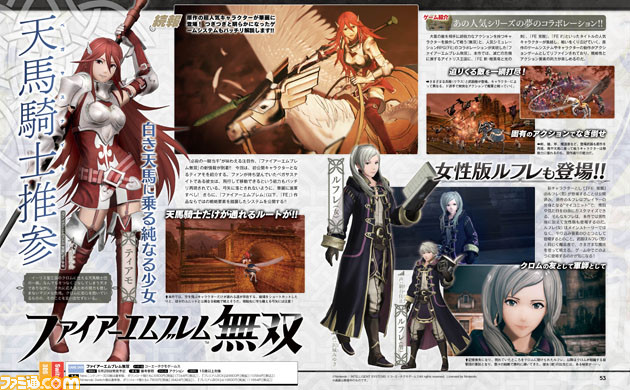 The preview of this week’s Famitsu magazine reveals that Cordelia and female Robin will be playable in Fire Emblem Warriors. Both first appeared in Fire Emblem: Awakening. After having a whole slew of sword-wielding characters confirmed for the game, it’s nice to see a lance-wielder in the form of Cordelia. She even fights from the back of her pegasus – it’ll be interesting to see how flight is incorporated into the game, if it is

.I’m still waiting for them to announce either Tiki or Nowi as a playable character. Sure, swords, axes, lances, bows and magic are nice, but I want to tear through hordes of enemies as a dragon.

Next, that Senran Kagura stream showed us some the opening scene and gameplay from Shinobi Refle: Senran Kagura.

The game will launch in Japan some time this year, exclusively on the Nintendo Switch’s eShop. It will cost 1,000 yen.

The stream also announced a new game in the franchise for the Switch: Peach Ball: Senran Kagura. 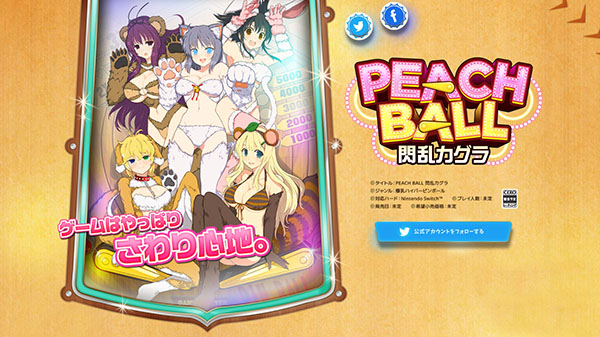 Peach Ball: Senran Kagura is a pinball game, which supports HD Rumble. Players will be able to feel when the ball hits an object on the table or the body of a character.
There’s no release date for this one yet.

I’m glad to see the Switch is getting some Senran Kagura love, but I would like for it to get a game more in line with the main series rather than spin-offs. I’d even accept something like a HD remake of Senran Kagura Burst–
Wait.
That’s exactly what the PS4 is getting. Senran Kagura Burst Re:Newal replaces the 2d side-scrolling action from the original game with the 3D action seen in the Versus titles. Apparently they’ve included Yumi as a playable character, too – honestly, I don’t really care that much for her. She’s popular in Japan, though.
I’ll be honest here, I’m a little salty that the Switch isn’t getting this one as well.
Oh well… in the meantime, why not check out what I thought of the original game by clicking here?

In related news, the Senran Kagura anime is getting a second season. I would like to see Senran Kagura 2: Deep Crimson‘s story adapted, but I can see Yumi’s popularity resulting in something closer to the Versus games. The 3DS titles have pretty strong stories, but that kind of plot isn’t exactly what Senran Kagura is infamous for…