“This is the very last story that had everything come to an end.” Go back to 2017, and the world ended. Not so much for us in real life, but that was the year we were introduced to Chito and Yuuri, and their everyday adventures through a post-apocalyptic world in the Girls’ Last Tour anime.
Return to the present, and MVM Entertainment have licensed Girls’ Last Tour for a UK release. They will be selling it as a Limited Edition, and that is exactly what I shall be taking a look at in this post. 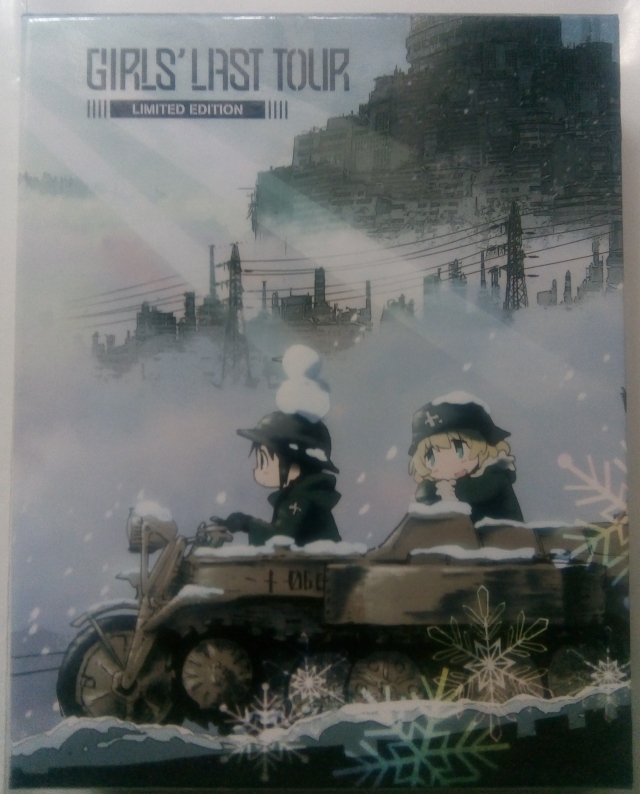 First, the front and back images of the slipcase that contains everything included in the Limited Edition. These pictures are taken with my phone’s camera, so they’re not exactly going to be high quality shots. They suffice in conveying what is displayed on the slipcase, though. 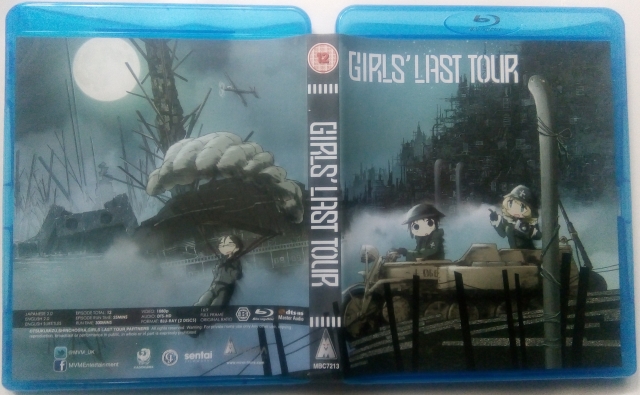 Next, the Blu-ray case that has a reversible cover. Both look pretty good, with red one lacking the BBFC age rating. They key thing here, though, is what is contained within the case.

Unsurprisingly, the Blu-ray case holds the Blu-ray discs. Chito is featured on disc 1, whilst Yuuri appears on the second disc. Some all right looking stuff here. 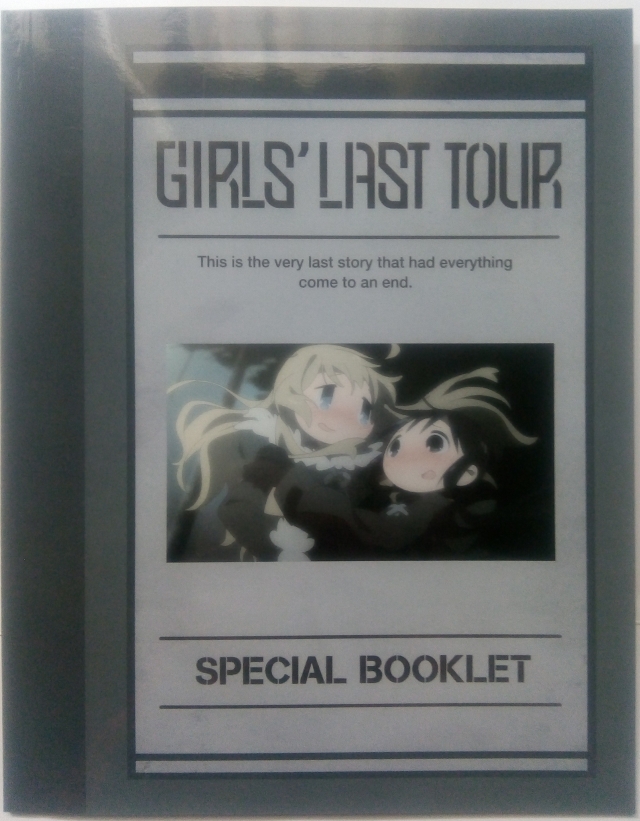 Next up the Girls’ Last Tour Special Booklet, which has 32 pages. It features things like episode summaries, character profiles and an interview with Inori Minase (voice of Chito) and Yurika Kubo (voice of Yuuri). Some pretty nice stuff in here. I’ll even give you a peek at a couple of the pages.

That then brings us on to the final item included in this Limited Edition.

Much like the storyboard book from Princess Principal, this is a neat addition to the collection. I do like seeing part of the design process for some of my favourite anime.

That wraps up this post for the Girls’ Last Tour Collector’s Edition unboxing. I’m eager to get into rewatching it, experiencing some of my favourite moments from the show all over again.

I enjoy writing, manga, anime and video games, so naturally here on my blog, you will find anime reviews, Nintendo news and other such things that I deem interesting.
View all posts by Rory →
This entry was posted in Unboxing and tagged Blu-ray, Girls' Last Tour, MVM Entertainment, Unboxing. Bookmark the permalink.