Winter 2019 Anime: What I Will Be Watching

As the current season of anime, and the year itself, draw to an end, it seems only right that I start looking to the future and picking out the anime shows I will be watching during the winter.
I’ll refer to shows by their English titles where I can, and hopefully I’ll be able to include a video for each one.
Information for each show comes from LiveChart.me. Here’s what the winter season of anime will have in store for me.An Angel Flew Down to Me!

Also known as Watashi ni Tenshi ga Maiorita!, this is about a female college student who falls in love with a female fifth grader. I’m sure some will avoid this due to the age gap, but I’m always up for some more yuri. I also seriously doubt that this show will go quite as far as UzaMaid! did.
An Angel Flew Down to Me! will start airing on January 8th, 2019.

BanG Dream! returns for a second season, though this one is done entirely in CG. Fortunately, I don’t have any problems with that – if anything, I’m more excited about seeing Kasumi on my screen again. I really adore Kasumi.
It also helps that I have been playing BanG Dream! Girls Band Party! on my phone, which has only got me anticipating this second season even more. It won’t just be Poppin’ Party present this time either – Roselia, Afterglow, Pastel Palettes and Hello, Happy World will all be present.
BanG Dream! 2nd Season will start airing on January 3rd, 2019.

Another season, yet another anime adaptation of a game – this time it is a browser game. Going from the awkwardly translated synopsis, this one is about an e-sport called CB (Circle Bout). Schools take part in said e-sport, and that seems to determine the wealth of said schools.
Seems like this could be all right, I guess. I mean, I’ll be checking it out anyway.
Circlet Princess starts airing on January 8th, 2019.

A slice of life show with a fantasy setting, and characters designed by Namori of Yuru Yuri fame – there is a lot going on here that fits right in with what I like. As a result of that, this is easily one of my most anticipated shows of the winter season of anime.
In fact, it is very likely that this shall be one of the shows I shall write about weekly.
Endro~! starts airing on January 12th, 2019. 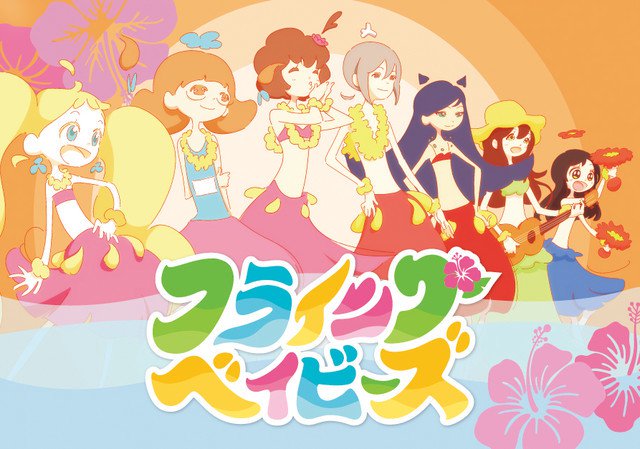 A series of shorts about a group of girls aiming to become Hula Girls. That’s about all I know for this one, so this is more of a curiosity than anything else.
Hulaing Babies starts airing on January 10th, 2019.

The second season of Kemono Friends. I’m not all that excited about this one, for a number of reasons. First up, TATSUKI is no longer involved with Kemono Friends. Secondly, Kaban is nowhere to be seen – it seems that she got a replacement. Whilst I could sit here moaning about everything, but I will give Kemono Friends 2 a chance.
Kemono Friends 2 starts airing on January 7th, 2019. 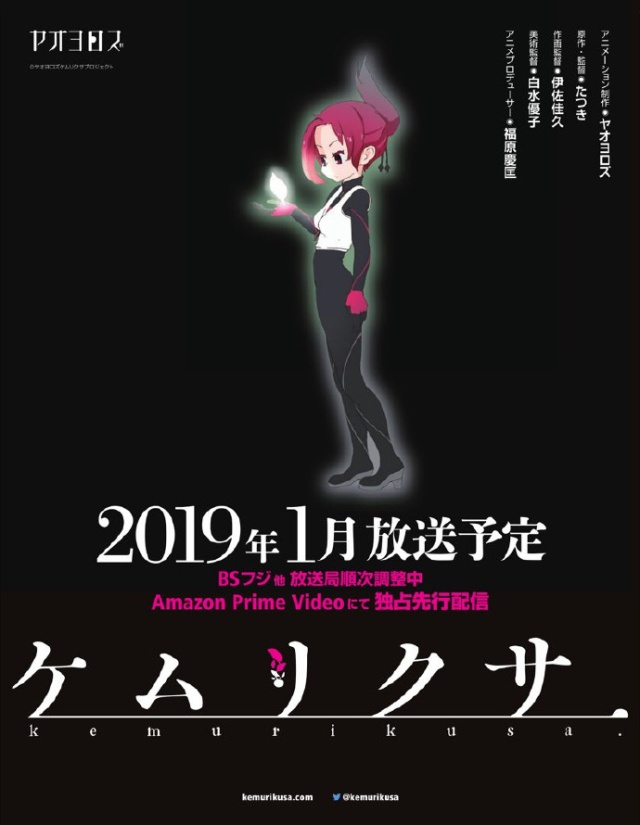 TATSUKI may no longer be involved with Kemono Friends any longer, but he does have a new anime coming out – and I’m looking forward to it more than I am Kemono Friends 2. Not much information for this one, aside from it being about girl who fight weird entities called “mushi” (bugs) and survive in a world of red fog.
Kemurikusa starts airing on January 9th, 2019.

So it seems that there are two shows about female pilots airing during this season. One – Girly Air Force – has a male lead which means I have no intention of watching it. The other, Kotobuki – The Wasteland Squadron – has an all-female main cast, which is a pretty decent way for a show to get onto my watch list. I also liked what I saw in the PV, so that also helps.
Kotobuki – The Wasteland Squadron starts airing on January 13, 2019.

I have been collecting the Magical Girl Spec-Ops Asuka manga, and I am rather looking forward to seeing the series in anime form. It’s going to be dark, it is going to be violent and I cannot wait. As for the plot, we’ll see what happens when magical girls are made part of the military.
Magical Girl Spec-Ops Asuka starts airing on January 11, 2019.

Here’s something that was originally supposed to air back in 2016. There are some early first impressions floating around, and I think they are positive. I’ve been avoiding them, waiting until this show has an official release to watch it. However, I do know a dragon girl is involved – and I am a big fan of dragon girls. Each episode is only twelve minutes long, which is unfortunate. Still, not as bad as giving it only two or three minutes per episode.
Manaria Friends starts airing on January 20th, 2019.

A spin-off of Katana Maidens ~ Toji No Miko, featuring mini versions of the characters – including a few faces I am unfamiliar with as they come from the game. If this show is even as half as funny as BanG Dream! Girls Band Party! Pico, then we’re onto a winner.
Mini Toji starts airing on January 5th, 2019.

The second season of Mob Psycho 100. The PV looks quite intriguing, so I am looking forward to seeing what happens to Mob here.
Mob Psycho 100 II starts airing on January 7th, 2019.

Seems to be a series about otaku girls who help people reclaim lost otaku memories. I do know that this is another game adaptation.
Pastel Memories starts airing on January 7th, 2019.

The sixteenth season of PreCure. The new character designs have made their way onto the internet, but I’ll wait until there is official news before I write a post about them. I will say that one of the characters is particularly noteworthy.
Star☆Twinkle PreCure will start airing in February 2019, after Hugtto! PreCure has finished its run.

That covers all the new shows I want to watch, or at least have a passing interest in for the winter season. My three most anticipated shows are Endro~!, Magical Girl Spec-Ops Asuka and BanG Dream! Season 2.

2 Responses to Winter 2019 Anime: What I Will Be Watching