A new year has arrived, and so too has a new season of anime. With the first episode of each show I wanted to watch now aired, I shall be sharing by initial impressions of them. You know, as I usually do. Let’s jump in.

In the Land of Leadale

This season of anime kicked off with In the Land of Leadale for me, and it presented a fairly enjoyable first episode. It does feel very familiar, being an isekai focusing on an overpowered main character, but I still had fun watching nonetheless. Also, Lytt is immediately best girl.

Police in a Pod 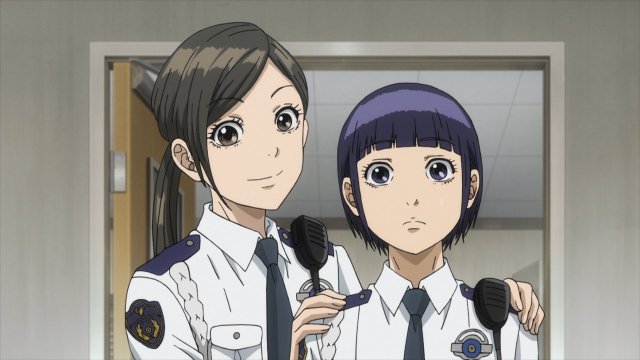 Police in a Pod had a really great first episode, with plenty of moments that made me laugh out loud. As far as first impressions go, I’d say that this show was definitely among the strongest for this season. I’m very eager to see more of this show.

Something that I should probably state is that “fun” is a word that I’ll probably repeat about each show I started watching. Plenty of really strong starts with what I chose to watch, and Slow Loop is no exception to that. The interactions between our two main characters were great, and we actually do get some insight into fishing. Definitely got high hopes for this one.

Most of the shows I picked out to watch this season are comedy, slice of life or even a combination of both, so Girls’ Frontline offers a bit of action. I know nothing about the original game, but this first episode has definitely piqued my interest.

I’ll say this now: there’s no way I’m going to remember the names of every last character in this show from the top of my head. Quite an extensive cast here. Still, I can say that what I saw of the first episode (after some initial confusion because it starts with an anime within an anime) was pretty enjoyable. It’ll be interesting to see what roles the aspiring voice actresses are given, and how this show will portray them.

Akebi’s Sailor Uniform has a rather distinctive visual style. It certainly stands out among its fellow slice of life shows. Not that the visuals put me off or anything; in fact, I liked the first episode of this show quite a lot. There was some fun interactions with the Akebi family, and then we get the first meeting between classmates. Another one that I am quite keen to see more of.

Why does Crunchyroll stylise her name like that? No idea. Regardless, this was another – you guessed it – fun show. Not every joke landed for me, but they did more often than not. Also, the references to the actual tokusatsu shows (theme tunes included) was a neat touch. Seeing things from the villain’s perspective – more specifically, the people responsible for coming up with the monsters – is definitely an interesting approach to this kind of genre. One that I am liking quite a bit, actually. 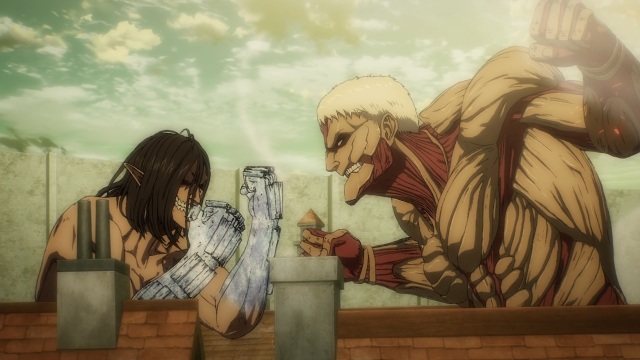 Not really a first impression per se, considering this is the continuation of Attack on Titan‘s final season, but might as well include it anyway. Not much to say other than, yeah, it is more Attack on Titan. I suppose we did get some nice action scenes, and a lot of stuff is going down. I already knew all this, since I kept up with the manga – but as I’ve probably said before, it’s nice to see it animated. 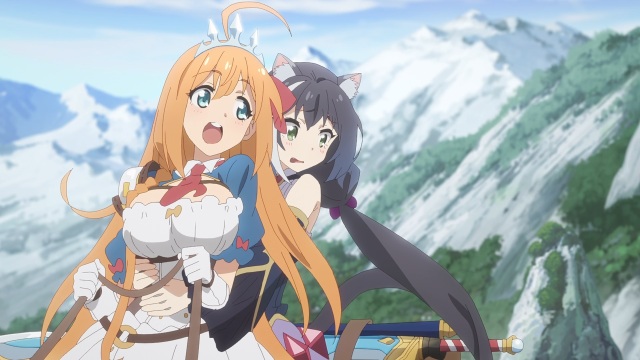 Pecorine and Karyl – and the other characters, I suppose – are back! The first episode of Princess Connect! Re: Dive‘s second season brings us more of what the first gave us. Honestly, that’s all I could really ask for – enjoyable start to the second season.

That’s everything I’ve started watching for this season. Actually pretty positive first impressions all around; seems this season could shape up to be quite a good one. Based on initial impressions alone, my top three would have to be Police in a Pod, Slow Loop and Akebi’s Sailor Uniform. I think, anyway… there’s a lot of good stuff going on here.
I’m looking forward to seeing what the rest of this season will bring us.

I enjoy writing, manga, anime and video games, so naturally here on my blog, you will find anime reviews, Nintendo news and other such things that I deem interesting.
View all posts by Rory →
This entry was posted in First Impressions and tagged Attack on Titan Final season Part 2, CUE!, First Impressions, In the Land of Leadale, Miss KUROITSU from the Monster Development Department, Police in a Pod, Princess Connect! Re: Dive Season 2, SLOW LOOP, Winter 2022 Anime. Bookmark the permalink.