As another year draws to a close, I’ll be taking a look back at the games that were released and picking out my ten favourites. Though I call it a “top ten”, I won’t be ranking them or anything. Just ten games I really enjoyed playing this year, narrowed down from a list of over forty titles. The only qualification for my list is that the game was released during 2021. 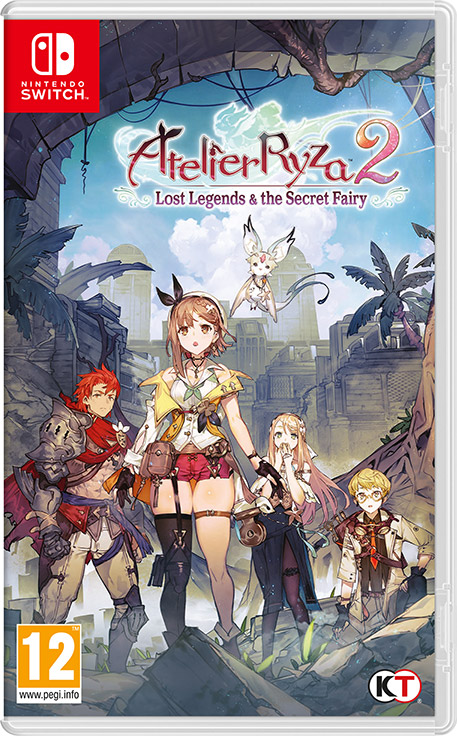 None of the Atelier Mysterious Trilogy Deluxe Pack may have made it onto the list due to being a last minute purchase, but there is one Atelier game that I did play this year. Ryza returns for a second adventure, reuniting with some old friends and making some new ones. Ryza is given more abilities for exploration, and the combat and alchemy of the previous game are tweaked as well. An excellent follow-up adventure for Ryza.

The second game of the BLUE REFLECTION series, and one that also has connections to the Blue Reflection Ray anime – and yes, I am being inconsistent about stylising “BLUE REFLECTION.” This game focuses on Ao Hoshizaki, who suddenly finds herself at a strange school completely surrounded by water. She meets other girls who have lost their memories, and helps to restore them by venturing into areas called “Heartscapes”. Of course demons inhabit said areas, so combat is inevitable.
We’ve got a strong cast of characters with this game, and quite possibly my favourite yuri couple from a video game of this year. Ao’s no slouch when it comes to flirting with the other girls, either. Also, characters from Blue Reflection Ray appear, and this game actually made me a big fan of one of them in particular. A beautiful game.

The third game in Square Enix’s BRAVELY series, despite what the title says. The story focuses on four new Heroes of Light, who have to fight to protect the world from evil forces – you know, the typical JRPG fare. The Brave and Default combat system remains, and items called Asterisks grant the characters different Jobs, and you can mix and match skills. No doubt this feels very familiar for fans of classic RPGs, and I suppose it’s not a stretch to say you could consider BRAVELY DEFAULT II to be one of them. 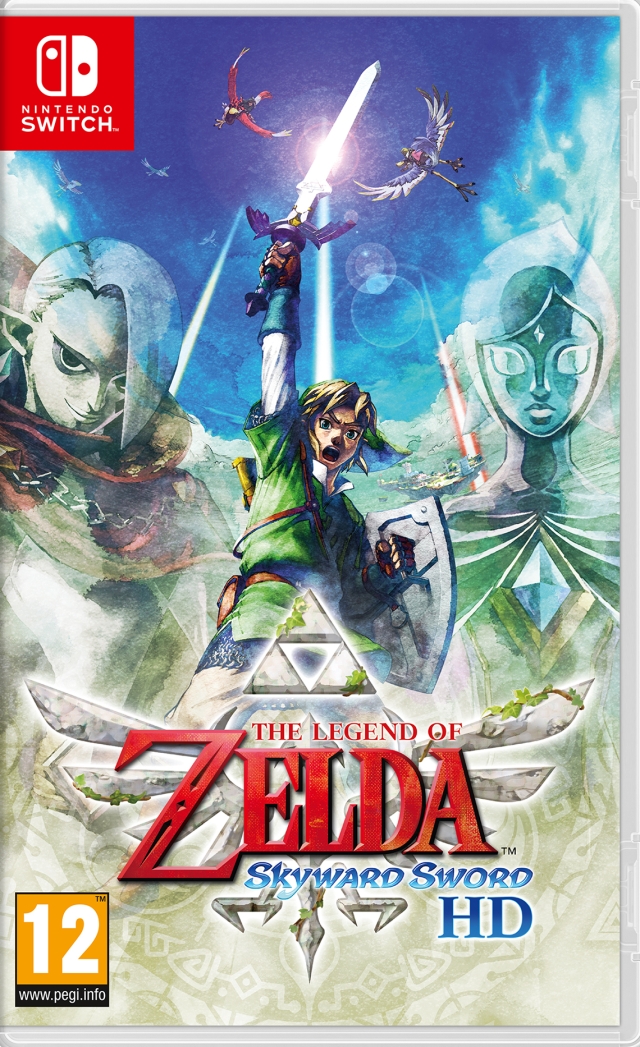 I’m one of the people who loved Skyward Sword on the Wii, and had no problems adapting to its motion controls. The Switch port brings the game into HD, and makes it far more convenient to play – no searching around for batteries for the Wii Remote, and no Fi moaning at you every five seconds. It’s also quite an important entry for the Zelda franchise; it is where everything canonically began, after all. There is also the option to use button controls to play this title, but I played through it entirely with the Joy-Cons. I always love me a Zelda game, and this one is no exception.

A long awaited new entry in the Metroid franchise, this game serves as a reminder why the genre is called “Metroid”vania. Metroid fans had to wait years for this game to see the light of day, but I can happily say it was very much worth the wait. Samus touches down on planet ZDR on the trail of the X parasites, previously thought extinct. What she finds there are rogue E.M.M.I. – Galactic Federation robots intent on hunting and capturing Samus.
This game is very much Metroid back on form, with old and new abilities for Samus to use, as well as lots of excellent boss fights. The plot for this game also goes to some very interesting places, particularly when it comes to Samus herself. An excellent game. 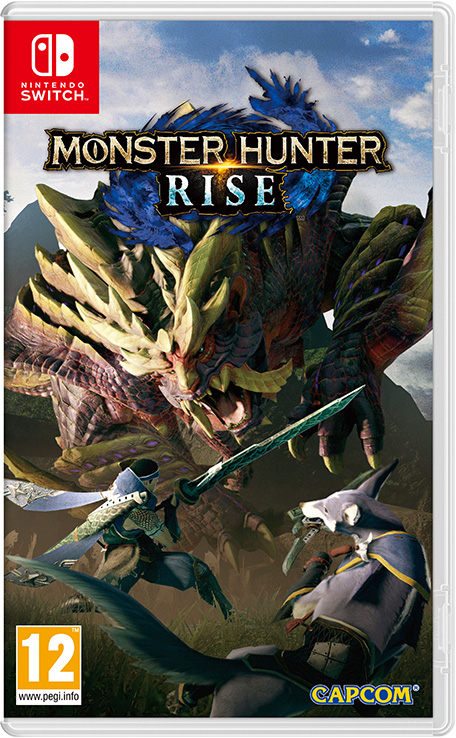 There are a few video game franchises out there that I can spend countless hours on, and MONSTER HUNTER RISE is just the latest in the MONSTER HUNTER series. This game retains some of the changes from previous entries, whilst bringing along some improvements as well. The Wirebug brings new Silkbind skills into play, as well as offering some really fun movement options. There’s also a whole slew of weapons to choose from – I’m personally a Bow user, although I have dabbled a bit with the Insect Glaive. Lots of monsters to hunt, and plenty of weapons to try out. MONSTER HUNTER RISE is the game that I have spent the most hours on this year.

NEO: The World Ends With You

This is a game that could’ve made the list based solely on the strength of its soundtrack alone. “Transformation – NEO Mix” is definitely one of my favourite video game songs out there, and that’s just one of many bangers on the soundtrack. Whilst NEO: The World Ends With You‘s soundtrack is strong, there also a great game attached. A sequel to The World Ends With You, new character Rindo Kanade finds himself pulled into a Reapers’ Game…
He forms alliances with both new and old characters, and fights to escape with his life. Pins are used to provide various powers once again, and the Noise serve as the majority of the enemies. However, the Reapers’ Game this time around is very much a team event, so there’s more than just Noise to worry about. A great sequel.

Does including two games in one entry technically count as cheating? Eh, I did buy both Brilliant Diamond and Shining Pearl, so I guess it doesn’t really matter. We return to Sinnoh on the Nintendo Switch, on a journey to collect eight Gym Badges and become the Champion – a crown that Cynthia doesn’t relinquish that easy.
Another franchise that I can happily spend countless hours playing, and did so back in the DS days. The fourth generation of Pokémon games might have been the ones I racked up the most hours on collectively, and it is certainly a delight to return to them on the Nintendo Switch. I know I’ll always enjoy a Pokémon game, and these ones are no exceptions.

Now, if this had just been a port of Super Mario 3D World from the Wii U to the Switch, it probably would not have made this list. What makes this one particularly notable, however, is the new Bowser’s Fury mode. It definitely takes cues from Super Mario Odyssey, with a sort of open-world approach. Bowser’s new form, Fury Bowser, is fantastic. It looks incredible, and certainly makes things interesting when he awakens whilst you’re trying to grab the Cat Shines. Super Mario 3D World was already a solid game to begin with, and the addition of Bowser’s Fury makes it even better.

The latest entry in the Tales of franchise, and one I almost missed out on. However, after Kiara “Tales of Arise Ambassador” Takanashi did a few streams, I fortunately discovered that I can actually play this game on the current hardware I own, even if I have to turn some of the quality settings down. Regardless, it was definitely worth it in the end. I really enjoyed the story of former slave Alphen fighting for his freedom, bringing people from both Dahna and Rena together to support his cause. The combat system is a lot of fun in this game, too. Each character brings their own unique style into the fights, so you can get up close and personal as Alphen, or sit back and nuke everything with magic as Rinwell. Also, this is the only game on my list that is not available on the Nintendo Switch. Will it stay that way? No idea, but I can confidently say that Tales of Arise is a superb game.

Lots of great games were released in 2021, and this list is only a small selection of those that I played. Maybe one day I’ll look back at this list and wonder why I didn’t include SHIN MEGAMI TENSEI V (another game that I probably should’ve played more, but BLUE REFLECTION: Second Light claimed top priority). One thing that is consistent about all the titles I’ve listed here, however, is that I absolutely loved playing every last second of them.

2022 has plenty of promising looking titles on the horizon – Atelier Sophie 2: The Alchemist of the Mysterious Dream, Advance Wars 1+2: Re-Boot Camp and hopefully Breath of the Wild‘s sequel, to name just a few. Those are just the ones we know about; I’m looking forward to discovering what surprises are in store for us next year.