The end continues to approach in the fourteenth volume of Kentaro Sato’s Magical Girl Site manga, but Aya and the other Magical Girls aren’t just going to sit back and let it happen.
This volume contains chapters one hundred and eight to one hundred and seventeen. 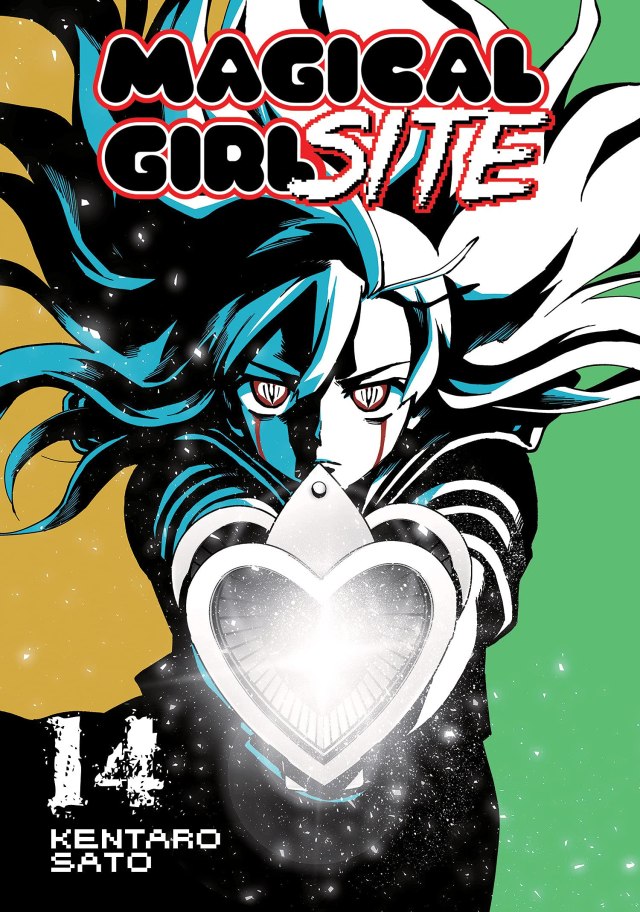 TIME IS RUNNING OUT
With just ten days until the Tempest begins, the Magical Girls don’t have much time to halt the coming cataclysm. The Managers are putting all their efforts into quashing the rebels – but that is not all Aya and her friends have to face. What will they do now that the mysterious King has awakened?

This volume of Magical Girl Site drops some more information about site manager Nana, as well as Misumi and Alice, before diving back into the thrill of Magical Girl vs. site manager fights.
Aya also continues to show fantastic development; she’s been through a lot, but she has mustered up levels of resolve that the old Aya probably thought impossible.

On the subject of the site managers, Aya has a particularly crucial battle with one. She obtains a key piece of information, although it’s more of a personal matter. Might be helpful in stopping the Tempest, too, but Aya has her own plans, it seems.
Just a shame that things get far more complicated for everyone involved with the awakening of the “King”. The Magical Girls are going to need to take action urgently, and even then… it may be too late.

This was a proper thrilling volume of Magical Girl Site, with some interesting exposition, and Aya showing how far she has come from the beginning of the series. Throw in the King’s awakening, and the events of this volume are certainly very memorable. Excellent stuff from Kentaro Sato here.

I enjoy writing, manga, anime and video games, so naturally here on my blog, you will find anime reviews, Nintendo news and other such things that I deem interesting.
View all posts by Rory →
This entry was posted in Manga and tagged Kentaro Sato, Magical Girl Site, Manga, Seven Seas Entertainment, Volume 14. Bookmark the permalink.