In the tenth episode of Miss Kobayashi’s Dragon Maid S, Kanna takes a little trip to another continent, and makes a new friend there. That is followed up by some quality time with Miss Kobayashi. 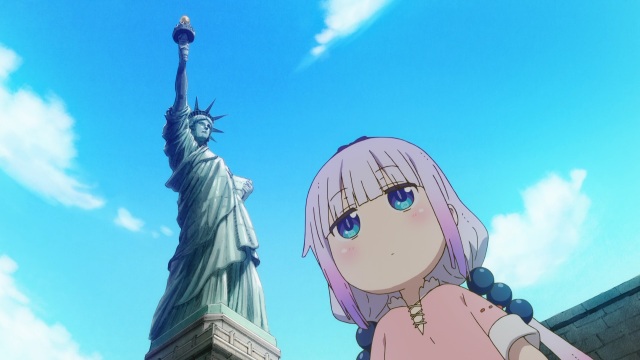 The first part of this episode adapts chapter 62, “Kanna in New York”, from the seventh volume of the manga. The first difference I can immediately tell you about between manga and anime is Kanna’s outfit. In the manga, she is wearing her usual dress. The panel that establishes she is New York is also a low angle shot, and yes, you can see right up her skirt in the manga. As I’ve mentioned before, the anime tones down the manga’s fanservice. 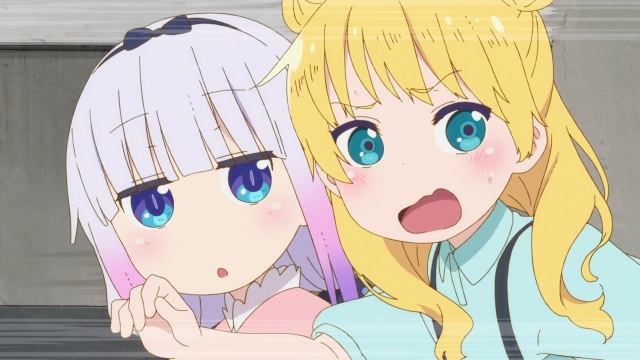 This episode introduces a new friend for Kanna: Chloe. I’m sure many people were intrigued to see Kanna interacting with another girl that wasn’t Saikawa in the preview from the previous episode. It’s fortunate that Chloe crossed paths with Kanna when she did; who knows what would have happened to her? 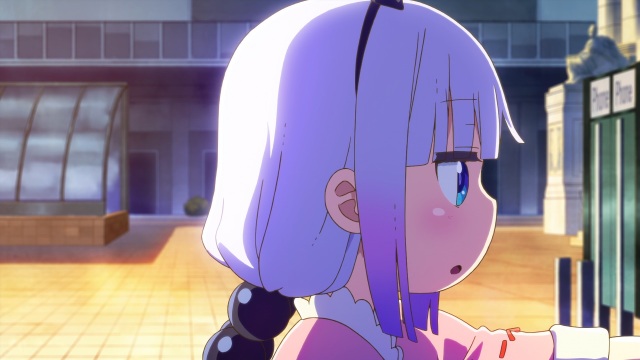 Kanna watches Chloe get kidnapped right in front of her

Kanna and Chloe do various things in New York, and all the scenes from that montage come straight from the manga. It’s nice that they went ahead and animated them all, as opposed to a still shot of each activity.
This episode also serves as a pretty good reminder that though Kanna may be cute, she is still a dragon. Upsetting her will not end well, as we see. 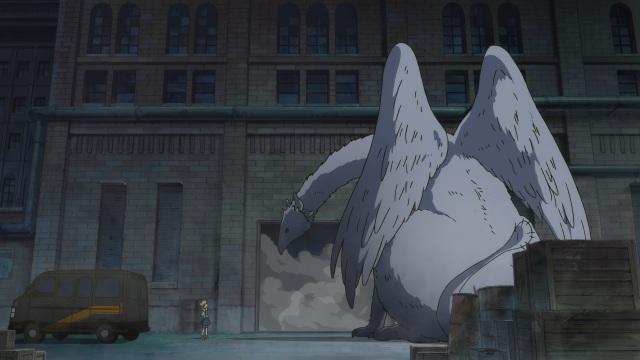 A somewhat rare sight comes from this episode, too: Kanna’s dragon form. She even reveals it to Chloe, which is a courtesy she has yet to extend to Saikawa. 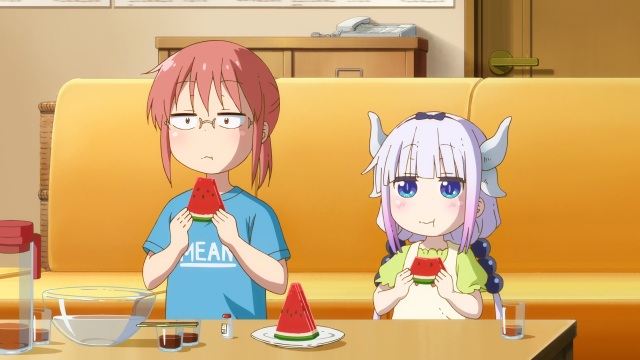 The second half of this episode seems to be another anime-original story. Once again, it is something that feels like it could have come from the Kanna’s Daily Life spinoff manga, but a quick flick through the volumes of that suggest otherwise.
This segment of this episode is a cute, chill time, simply about Kanna spending time with Miss Kobayashi.
Since there’s no source material to compare it to (I think), there’s not all that much for me to say. It’s definitely a solid segment, though.

Good episode overall, nice to see Kanna finally get a little more screen time. She’s arguably one of the most popular characters, so why hasn’t she had more screen time? Kanna has some very good stuff in the manga, though I’m not sure whether this season will adapt enough to get to that point.

I enjoy writing, manga, anime and video games, so naturally here on my blog, you will find anime reviews, Nintendo news and other such things that I deem interesting.
View all posts by Rory →
This entry was posted in Episodic and tagged Episode 10, Episodic, Kanna, Miss Kobayashi, Miss Kobayhashi's Dragon Maid S, Tohru. Bookmark the permalink.