The Tropical Club are turning their gazes to the stars in the twenty-sixth episode of Tropical-Rouge! PreCure as they help out one of their fellow pupils to establish an astronomy club. 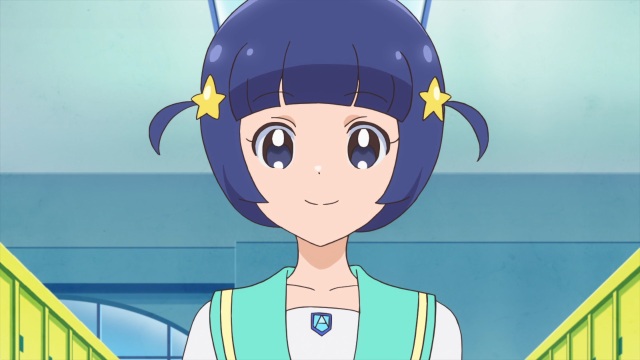 In this episode, Manatsu, Sango and Laura meet Shiori Nakagawa, who is trying to establish an astronomy club. With not many people taking notice, Manatsu decides that the Tropical Club will help her out, and they settle on holding an event to draw more people to Shiori’s club. 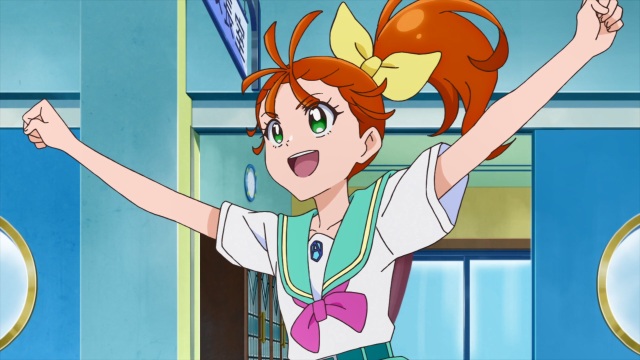 The event for the astronomy club gets the go-ahead

I bet Shiori would love the Star Twinkle girls. Too bad for her she’s two seasons late for that, but hey, the Tropical-Rouge girls are great, too. A little eccentric, perhaps, as we see whilst they’re trying to persuade people to attend the astronomy club’s event.

Interesting that they chose planets to promote the event, when it’s all about watching a meteor shower. Perhaps starts would have been more appropriate? Though since it is promoting the astronomy club, too, I guess there is some logic behind it. Pretty amusing to see Manatsu standing out the most, much to Laura’s dismay.

Whilst the Tropical Club can help draw in people, one thing that is seemingly out of their control is the weather. Cloudy skies are quite the obstacle for stargazing, but Asuka has an idea for that. 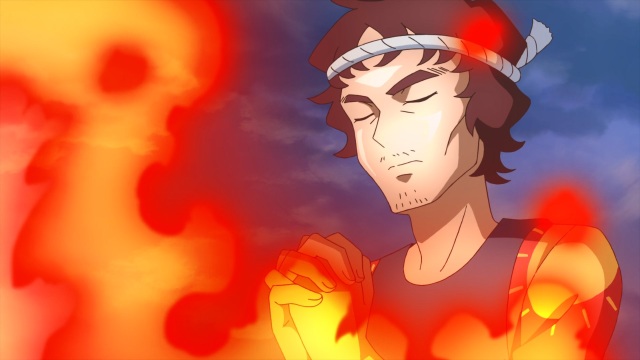 Asuka’s dad makes his first appearance, if I’m recalling correctly. Seems like he’s the superstitious type, but hey, what else can they rely on to change the weather? You know, besides their powers as PreCure. Oh, on that note…

Of course the event is interrupted by an enemy attack. Interesting how the Blazing Good Weather Man and his troupe don’t have their Motivation Power stolen, despite being present. Guess they’ve got to add some peril in somewhere.
Also, the distinction between Yarane-da, Zenzen Yarane-da and Zettai Yarane-da has become totally arbitrary by this point. I doubt PreCure will face much of a threat in battle until they fight the enemy generals directly, or another form of Yarane-da is introduced. That latter option would be excessive, though.

Everything wraps up nicely, with everyone achieving what they set out to do. A decently enjoyable episode. Next time, something strange is going on at the aquarium.