More information about Ilulu comes to light in the second episode of Miss Kobayashi’s Dragon Maid S. This episode adapts one of my least favourite chapters from the manga, but we do get some good stuff as well. 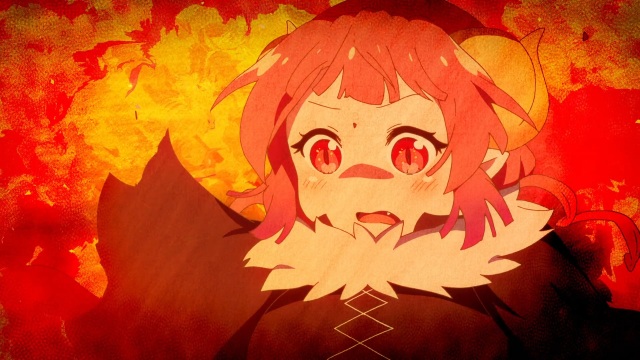 A glimpse into Ilulu’s past

This episode of Miss Kobayashi’s Dragon Maid S adapts the following chapters from the fourth volume of the manga: chapter 37: Tohru & That, chapter 38: Miss Kobayashi & Ilulu, and chapter 39: Tohru & Babysitting. 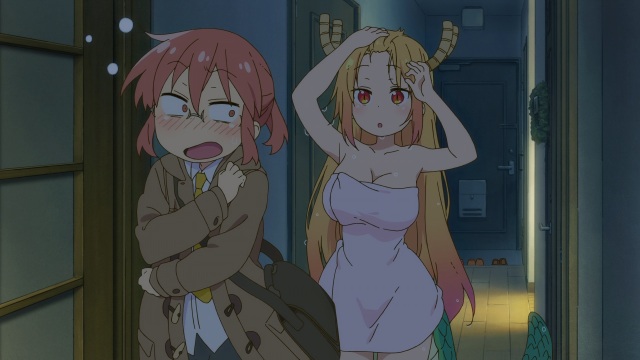 The flashback at the beginning of the episode comes from chapter 38, and then we get into chapter 37. I do not like chapter 37. I’ll probably make this brief.
The events we see in the anime more or less play out the same in the manga, with a few differences. Throughout the manga chapter, Miss Kobayashi is wearing a shirt that says “The Joker”, but it’s her normal outfit in the anime.
That scene where Miss Kobayashi wakes up to find Kanna in her bed? Kanna is naked in the manga.
I once heard someone describe Miss Kobayashi’s Dragon Maid as a wholesome show with anime BS mixed in – this chapter falls firmly into that anime BS territory for me. I’m glad it’s over and done with now, though. 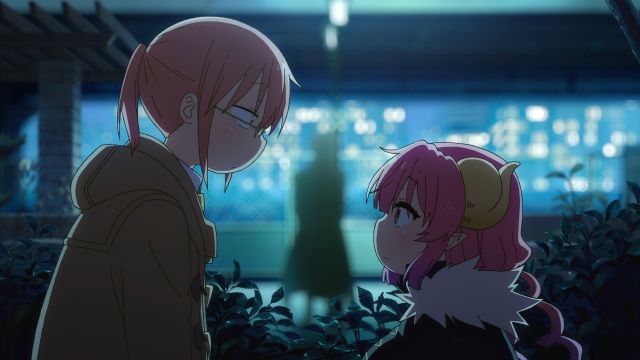 Things get so much better as we move onto the adaptation of chapter 38, “Miss Kobayashi & Ilulu”. This is a side of Ilulu that I actually like; just a shame we had to go through the earlier stuff to get to this point. 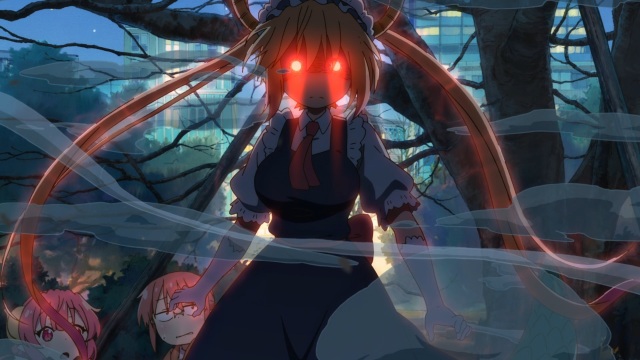 Do NOT hurt Miss Kobayashi

Chapter 38 remains very faithful to the source material. There’s a couple of panels where Miss Kobayashi uses needing more mayonnaise as an excuse to go for a walk that didn’t make it into the anime. But, we know her reasoning for it either way: she wants to meet Ilulu.
I do like Miss Kobayashi’s honesty when she manages to get a few moments to talk to Ilulu, about how she is trying to “trick” the dragon.
It’s also amusing how that dragon slayer Cremene (or Clemene in the manga translation) threatens to summon Elma. I think he would’ve been in for quite a shock if he had tried it. 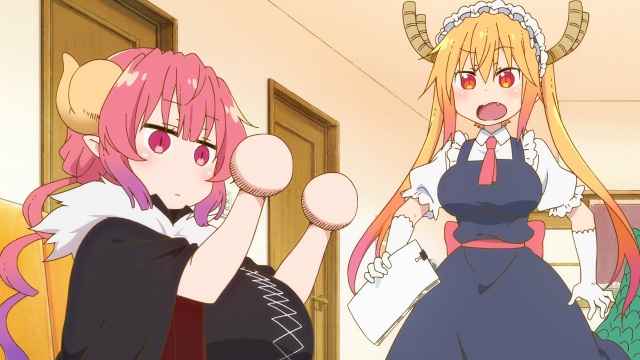 We then move onto the adaptation of chapter 39, “Tohru & Babysitting”, where Tohru has to teach Ilulu about how the human world works. Tohru’s personal biases get involved, of course.
Again, no major differences between the manga and anime here.

Well, I’m glad we’ve got that first part out of the way, and things did get much better after point. Definitely looking forward to what the rest of this season will bring.

I enjoy writing, manga, anime and video games, so naturally here on my blog, you will find anime reviews, Nintendo news and other such things that I deem interesting.
View all posts by Rory →
This entry was posted in Episodic and tagged Episode 2, Episodic, Ilulu, Kanna, Miss Kobayashi, Miss Kobayashi's Dragon Maid S, Summer 2021 Anime, Tohru. Bookmark the permalink.