The search for more Cures continues in the fourth episode of Tropical-Rouge! PreCure. Manatsu meets Minori Ichinose in this episode, a girl who loves mermaids. 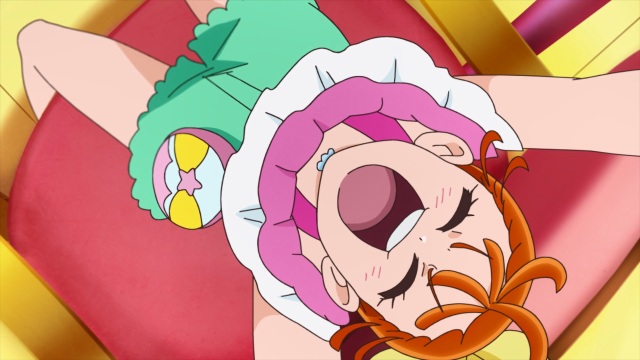 Manatsu still doesn’t know which club she wants to join

In this episode, Manatsu and Sango decide to try and do some research into Pretty Cure, and mermaids. At the library, they meet Minori Ichinose, who adores mermaids and loves The Little Mermaid. Manatsu is keen to have Minori become a Cure, though Laura doesn’t seem as set on the idea. Minori isn’t exactly the most confident.
Minori finds that Manatsu loves a story she wrote about a girl and a mermaid going on an adventure together, and soon after meets Laura. When the enemy attacks, it is Laura who provides some encouraging words to Minori, leading to her transformation into Cure Papaya.

First things first, I’m glad they went with the proper version of The Little Mermaid, and not one that has been made more kid friendly. Good on them for that.
This episode introduces us to Minori Ichinose, and the first word that springs to my mind to describe her is “stoic”. You can even see it during the opening credits, where she has a neutral expression most of the time.

Minori is a writer, which is something I like a lot. She’s turned her back on writing, though, presumably after her mermaid story wasn’t well received. Guess the people she initially shared it with just was not her target audience. However, Manatsu stumbles upon the story, and she adores it.
Manatsu’s praise ignites that spark of creativity within Minori once again, I suspect.

Minori gets to meet a real mermaid

That whole mermaid museum sequence is pretty amusing. Laura has a few things to say about how humans depict mermaid culture, including her own criticism of The Little Mermaid. Oh, and that’s where she and Minori officially meet for the first time.
Laura also comes right out and calls Minori unreliable right to her face; I love that mermaid.
We also get the recurring theme of the Compact having no reaction when Laura hands it to the next potential Pretty Cure candidate. 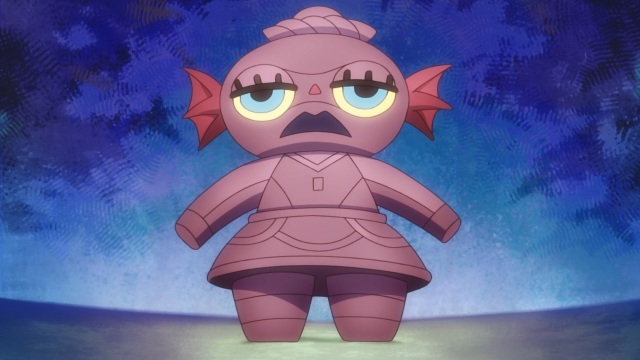 Minori is not the only character introduced to us in this episode. We meet a new enemy general, who serves as a doctor. Her name is Numeri. 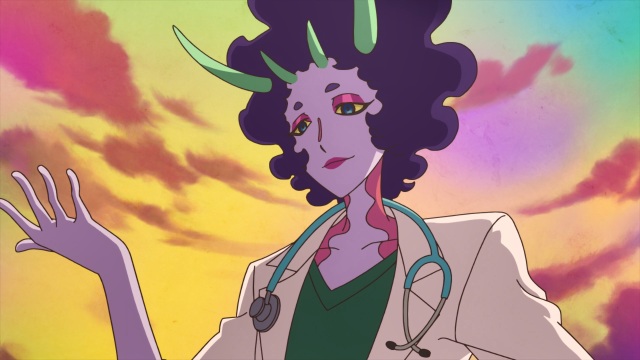 Interesting we now have a villainous doctor after a whole season about healing the Earth. I suspect Numeri probably specialises in marine life, though. Also, she wants to show Pretty Cure in love, whatever that means.
But hey, this is an episode that introduces a new Cure, so of course Summer and Coral have to struggle.

Right before Minori transforms into Cure Papaya for the first time, she is standing in the shadows the whole time. It is not until Laura tells her that Manatsu believes in her that she finally steps forward, which I thought was a pretty neat touch.
But yeah, we get out third member of the team, Cure Papaya. Out of the names we have so far, Papaya definitely feels the most tropical to me. 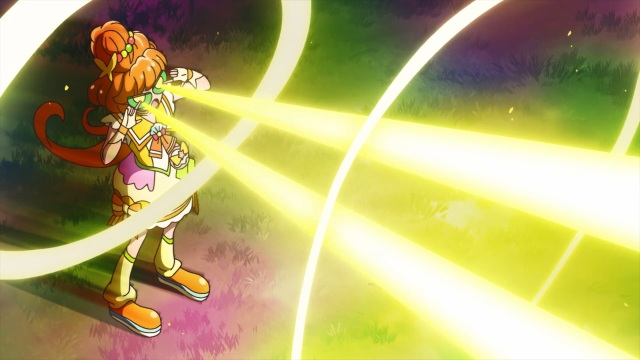 Well, Cure Papaya offers a strong first impression for her debut battle. Definitely got to give her major props for the eye lasers. If I recall correctly, Cure Papaya is only the second Cure to use such an ability. The first was HappinessCharge‘s Cure Lovely, with her Lovely Beam.
Papaya’s special attack (the lasers are just a regular attack for her) is Pretty Cure Surprise Papaya Shot, and that one too looks pretty great.

Another great episode, and a welcome new addition to the team. I have to admit Cure Papaya was probably my least anticipated character for this show, but she definitely demonstrated why she should not be underestimated here.

Next time, the fourth (and final, for now) member of the Tropical-Rouge! Cures joins. I have been awaiting her debut with much anticipation.