2020 was a year, huh? Looking back at the shows I watched, I’m struggling to accept that some of them really did air during this year. The beginning of the year feels so long ago, for obvious reasons.
Well, whatever. I’ll be looking back at the anime I watched and picking the ten I enjoyed most. I won’t be arbitrarily ranking them, because that just makes things slightly
This time around, I watched thirty-eight different shows. Narrowing them down to just ten favourites was tough.

Before I get into this, I do want to mention D4DJ First Mix. It won’t have finished airing by the time I publish this list, but I’m pretty confident it would have cracked my top ten easily. It’s just that it hasn’t finished yet, and who knows what might happen…
With that aside, I shall now share my top ten anime shows of 2020, presented in alphabetical order.

We start with one of my favourite light novel adaptations of the year, Adachi and Shimamura. The adaptation was excellent, staying pretty close to the source material. The show itself was a joy to watch, with lots of excellent characters and a beautiful presentation.

Assault Lily BOUQUET contains two very important things that contribute to my enjoyment of anime: yuri and amazing animation. There are also a lot of characters, though the effect that has on a viewer’s experience is up for debate.
Either way, I had a blast watching this show. Well, it wasn’t all fun and games, but at least it didn’t cheapen any drama it brought along with it.

I absolutely adore BanG Dream!, so it won’t come as a surprise that I enjoyed the anime. Admittedly there isn’t much there for Afterglow, Pastel*Palettes, and Hello, Happy World! fans. However, the bands that do get the spotlight – Poppin’ Party, Roselia and RAISE A SUILEN – do happen to be my favourites. Even then, Poppin’ Party do end up third wheeling a bit…
Even then, I’m a sucker for music anime like this. It seems I’m willing to forgive a lot if a show has a stellar soundtrack.

BOFURI: I Don’t Want to Get Hurt, so I’ll Max Out My Defence.

BOFURI: I Don’t Want to Get Hury, so I’ll Max Out My Defence. is quite simply about seeing how much a player can break a MMORPG by pouring all of her stats into defence. This lends itself to plenty of fun moments as Maple shrugs off attacks left, right and centre.
I particularly like the way in which Maple gains new skills, and we always see how she obtains them beforehand. Every technique Maple uses is something she earns beforehand; no surprises here.

Keep Your Hands Off Eizouken!

If you consider yourself a fan of any type of animation, you owe it to yourself to watch Keep Your Hands Off Eizouken!. Honestly, this show puts forward a good argument to be the best of 2020, and it all comes down to imagination.
Whenever the characters start imagining scenarios, the animators really start flexing. This is a beautifully presented show, which goes into the creative processes when making animation. You know amazing things are going to happen when that imagination theme song kicks in. 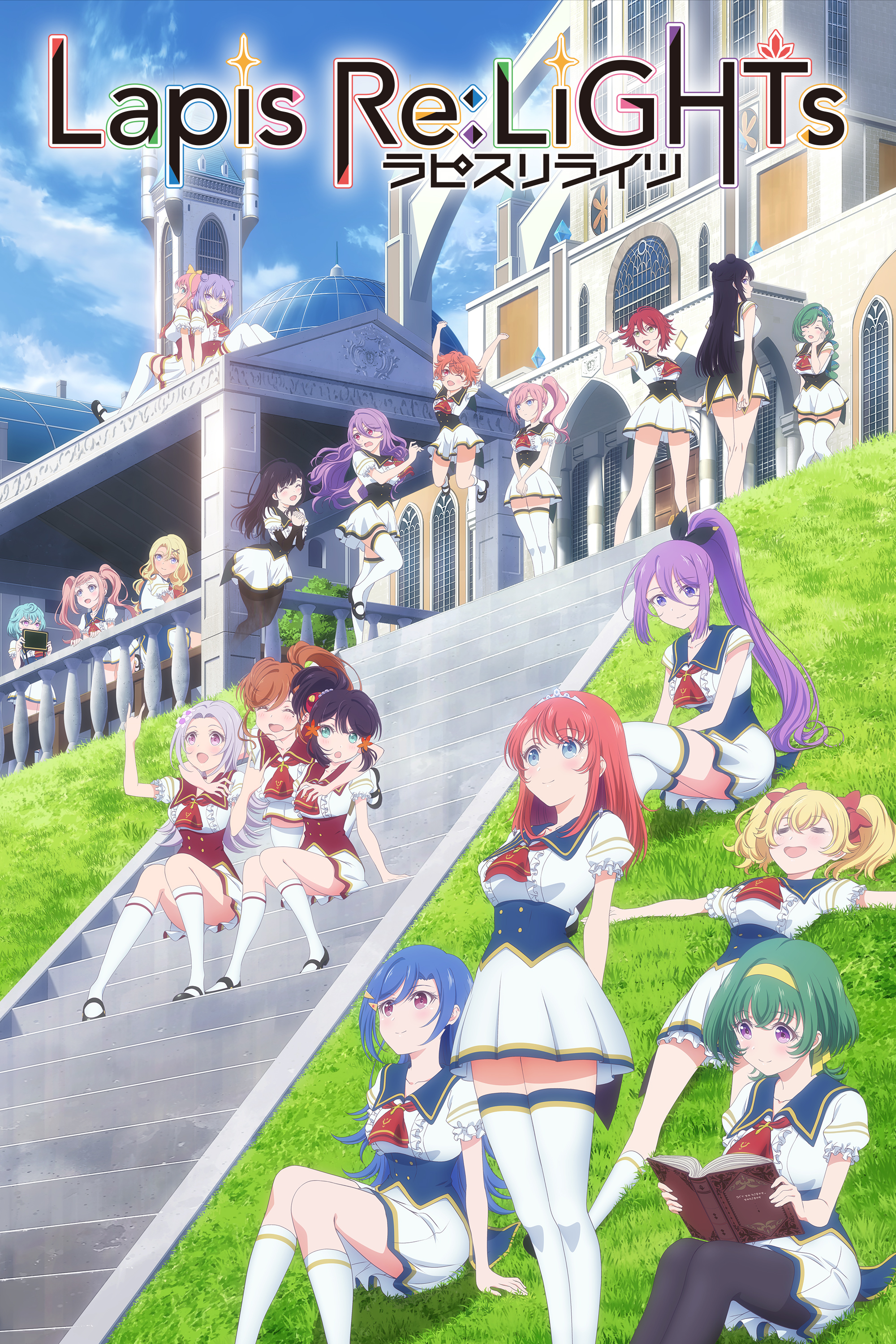 No, I’m not just including this one because I wanted to embed this Tweet:

Anyways, Lapis Re:LiGHTS was definitely stood out among the idol anime that aired this year, particularly with its fantasy world. The blend of idols and magic paid off really well, giving us a wonderful experience. 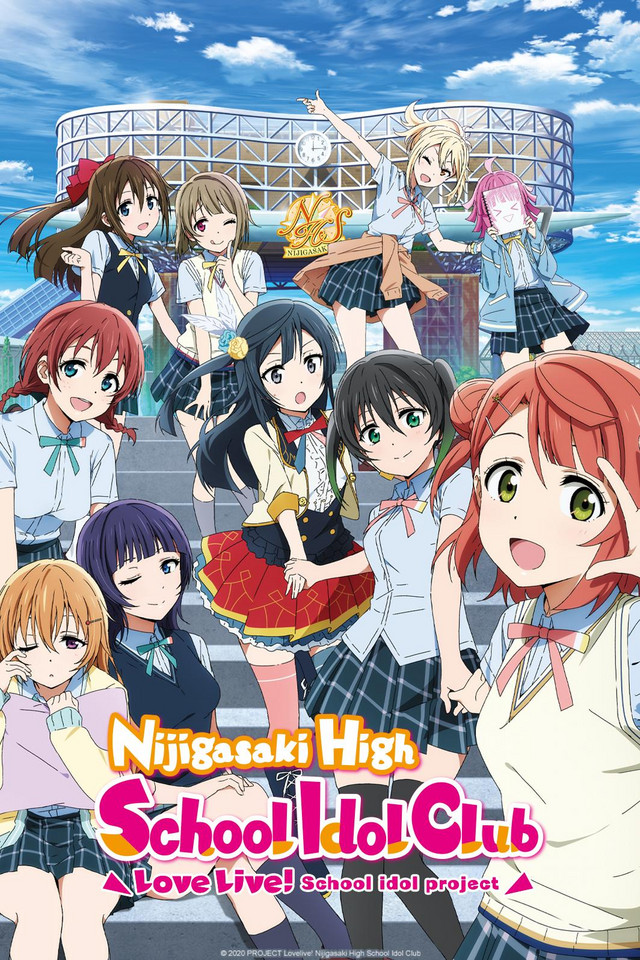 The third generation of Love Live! stands out from its peers, in that the school idols don’t have a school to save. It always has a bigger focus on the individual characters, rather then trying to bring them all together as a single cohesive unit. This is a fantastic entry into the Love Live! franchise, with a lovable cast and some amazing songs.

My Next Life as a Villainess: All Routes Lead to Doom!

Here’s a show that I might have ended up just skipping over had it not aired when it did. I’m glad I didn’t, because it proved to be a fun time. Catarina Claes might just be one of the densest protagonists out there, but it was a joy to watch her stumble from one flag into another during the course of this anime.
For those curious, I’m firmly Team Maria.
As a side note, this one is pretty much interchangeable with Princess Connect! Re: Dive, which aired during the same season.

Another band anime, this time one with more animal-eared girls. SHOW BY ROCK!! Mashumairesh!! gave us cute girls, an incredible soundtrack and the inseparable pairing of Howan and Himeko. I’d say that more than qualifies it for this list.

Wandering Witch: The Journey of Elaina

Sometimes light-hearted, sometimes incredibly dark, Wandering Witch: The Journey of Elaina presented us with a selection of memorable stories. Another light novel adaptation that proved to be pretty faithful to the chapters that it did adapt.
If you want some adventure in your life, you’d do well to check out this show.

There you go: that was my top 10 anime of 2020. Honestly, if I look back on this list in the future, I’d probably want to make changes to it. However, this is how I feel about 2020’s anime in this very moment in time, so this is the list I’ll settle for.

The anime we got this year gave us some utterly fantastic experiences, and many of them will stay with me for a long time to come. Here’s hoping that we’ll be seeing lots of great new and continuing shows in 2021.

I enjoy writing, manga, anime and video games, so naturally here on my blog, you will find anime reviews, Nintendo news and other such things that I deem interesting.
View all posts by Rory →
This entry was posted in Top Ten and tagged Adachi and Shimamura, Assault Lily: Bouquet, Autumn 2020 Anime, BanG Dream! 3rd Season, BOFURI: I Don't Want to Get Hurt so I'll Max Out My Defence., D4DJ First Mix, Keep Your Hands Off Eizouken!, Lapis RE:LiGHTs, Love Live! Nijigasaki High School Idol Club, My Next Life as a Villainess: All Routes Lead to Doom!, Princess Connect! Re: Dive, Show By Rock!! Mashumairesh!!, Spring 2020 Anime, Summer 2020 Anime, Top Ten, Wandering Witch: The Journey of Elaina, Winter 2020 Anime. Bookmark the permalink.