The thirty-eighth episode of Healin’ Good ♡ PreCure is one that I have been expecting for a little while now. Chiyu finds herself wavering between the inn and high jump. 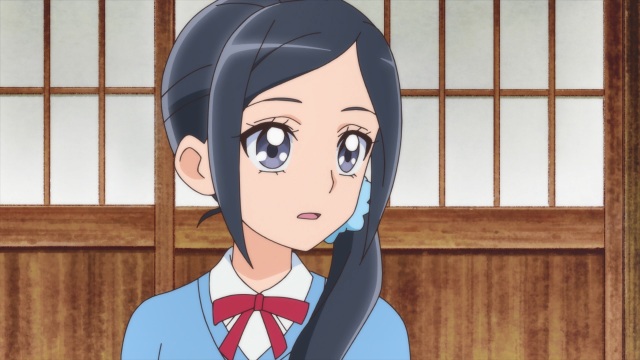 This episode is one that focuses on Chiyu. A pretty simple plot for this time around: Chiyu struggles with deciding whether she should focus on being an innkeeper or a high jumper. The answer that presents itself is pretty obvious, but Chiyu has to have some encouragement before arriving at the conclusion. 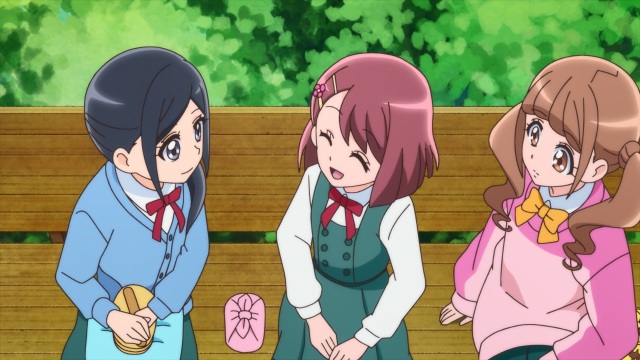 Nodoka and Hinata are there for Chiyu

This episode pretty much went as I expected it to go. Chiyu wavers between the inn and high jump, and her friends try to support her as best they can. After Chiyu’s bold proclamations about entering the world games last time, you’d think she’d feel a bit more confident about pursuing her dreams. 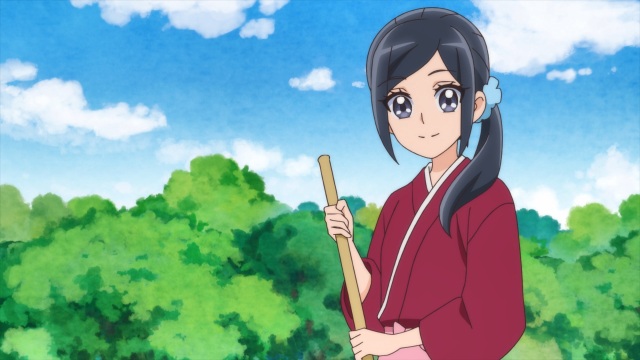 Chiyu tends to her duties immediately after training

This being a Chiyu episode, we get to see Chiyu in plenty of different outfits. I can appreciate that, Chiyu is a good looking lass. Admittedly this is kind of a tangent, since there isn’t much to talk about until we get to the usual PreCure part. 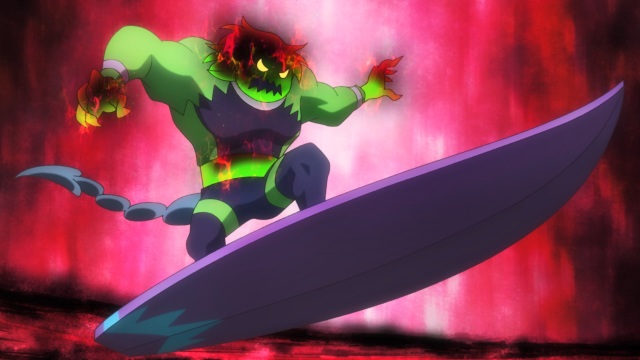 This episode gives us a rare solo transformation, as Chiyu just happens to be on the scene when Shindoine does her thing. I kind of wish that Cure Fontaine got a little more solo battle time, but that wasn’t the case. 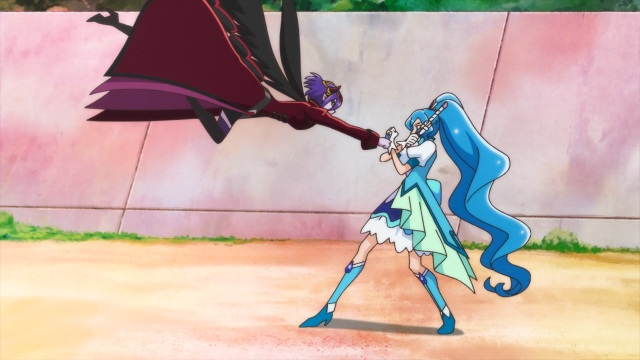 Fontaine and Shindoine also have the briefest of clashes. Would’ve been neat to see that escalate into a full blown fight, but again, not the case. I guess they’re saving that for closer to the end. Though maybe we’re closer to the end than we realise…
The fight wraps up in the normal fashion, and Chiyu is more confident about what she wants to do in the future.

A pretty good episode in the end, even if it was predictable. Next time, we’re entering the final dungeon apparently. Will PreCure be strong enough for that, or is too early for them, though?