In this episode of Healin’ Good ♡ PreCure, the Healing Animals decide to take an autumn tour together. 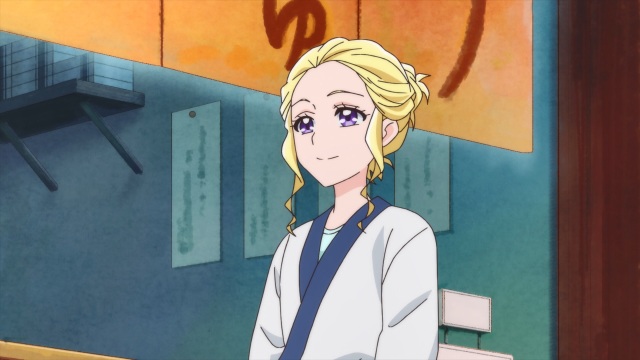 This episode of Healin Good ♡ PreCure is simply about enjoying autumn. Nodoka, Chiyu and Hinata are busy with school, and Asumi takes on a part time job, so the Healing Animals are the focus of this episode. 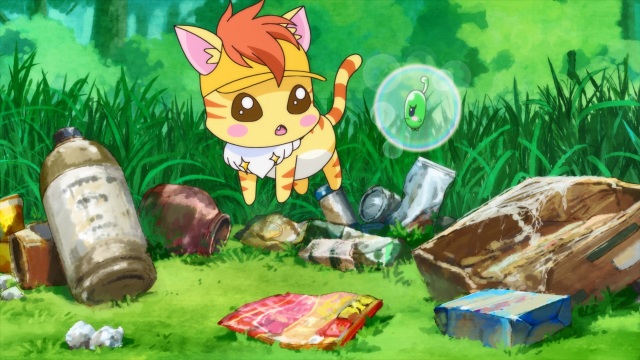 I thought that this episode might have ended up being one of those ones with a message about the environment when I saw the scene with the litter. It only turned out to be a part of the episode, because it turns out there is a fair bit to enjoy in autumn. 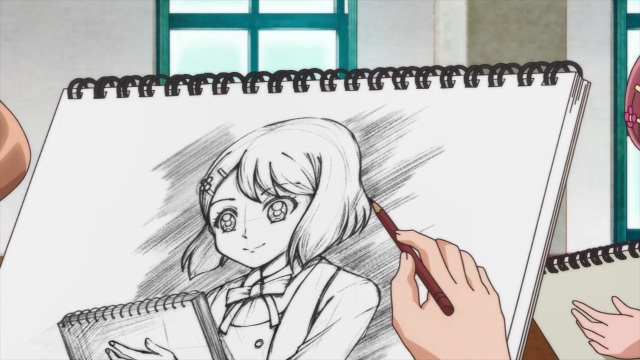 Now let’s take a moment to just appreciate Chiyu’s art. Nodoka and Hinata are drawing, too, but Chiyu’s sketch is ridiculously good. We also see the Healing Animals drawing, but nobody can really hold a candle to Chiyu. 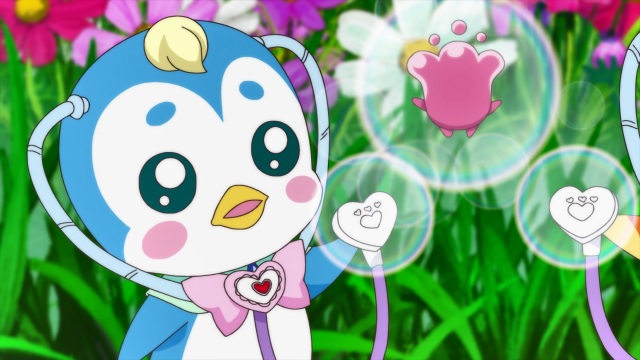 Is that where Pegitan’s ears are?

As far as PreCure episodes go, this one is enjoyable enough. It doesn’t do anything wrong, and having the Healing Animals take the lead every once in a while makes a nice change of pace. 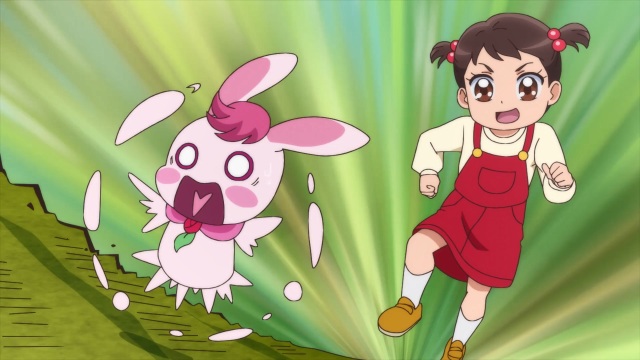 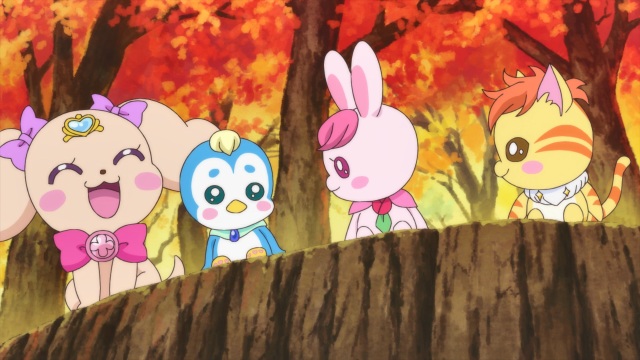 The Healing Animals contemplate the future

Something that is touched upon in this episode is what the Healing Animals have in store for their future. Will they need to stick around when the Byo-gens are gone? Who knows? 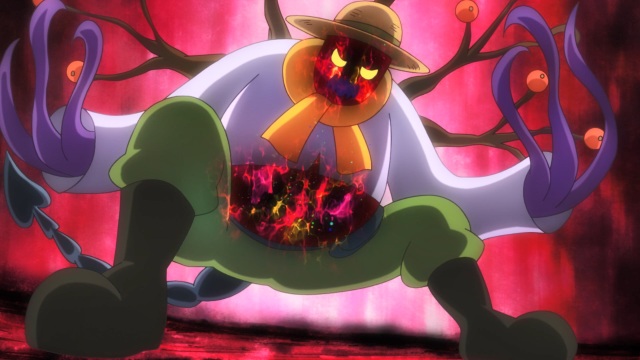 We get a Giga Byo-gen this week

On the subject of the Byo-gens, we get a Giga Byo-gen as our monster of the week this time around. It feels like it has been a little while since we last saw one, and this one actually proves to be a bit more threatening than the previous one the Cures fought. 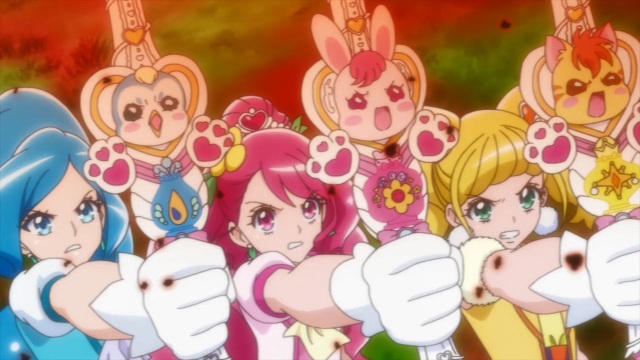 Whilst a decent enough battle against the Giga Byo-gen, it is a little unusual. Normally its the Cures themselves who have dialogue with the enemy. This time around, it is Rabirin, Pegitan and Nyatoran. Grace, Fontaine and Sparkle are somewhat quiet during the whole kerfuffle.

The episode wraps up after the fight. It was decent enough.
Next time, Chiyu will finally have to choose between the high jump or innkeeping. I knew that this would come up eventually, and here we are. Well, next time, anyway.