Adachi and Shimamura Episode 11: Moon and Will

Previously, we saw how Shimamura adjusted to being a second year high school student. This time around, we are privy to Adachi’s thoughts about the whole thing. 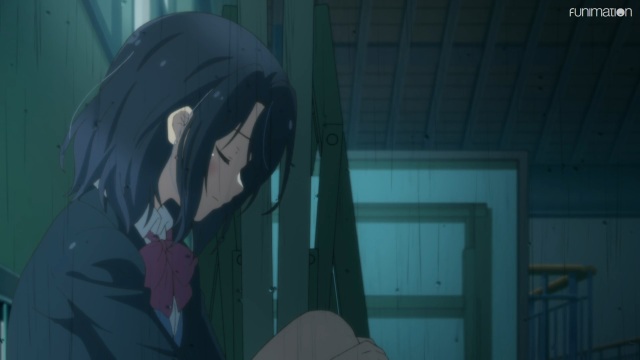 In this episode, we see how Adachi feels about becoming a second year high school student. An encounter with a “fortunegiver” gives her the push she needs to actually be more proactive when it comes to Shimamura.

After their incredible scenes in the previous episode, it is nice of Hino and Nagafuji to stand aside this episode so we can focus on Adachi and Shimamura. Though saying that, we do get a little bit of Yashiro and Little Shimamura.
I’ve probably mentioned this before, but the light novels refer to Shimamura’s younger sister as “Little Shimamura”, which is why I’m doing the same here.

Adachi and Shimamura‘s has some pretty eccentric side characters. The fortunegiver is just one more, and she provides some pretty entertaining scenes. She also plays a major role in Adachi’s growth, despite just being a swindler. 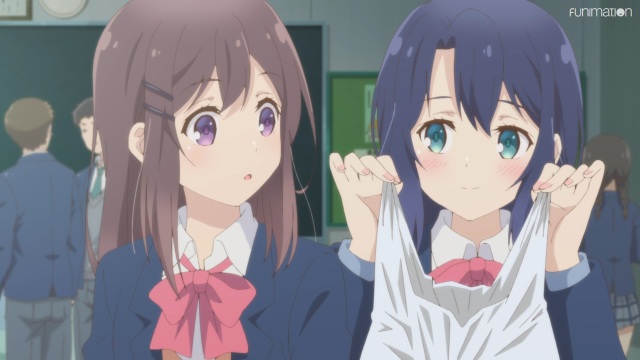 We have witnessed Adachi grow a bit in this episode. Seeing Adachi approach Shimamura, even when Shimamura is surrounded by others, was great. It did seem to me like Adachi was asserting her dominance, if you’ll excuse the phrase. 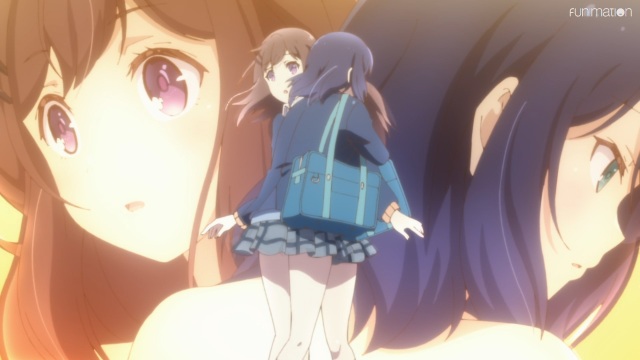 Adachi’s really going for it in this episode

This episode gives us more hand holding. That’s good. What is not good are the “hand holding is lewd” jokes that are rife in the anime community. It is a poor, predictable joke that needs to be put to rest. Can’t we just enjoy two girls holding hands without lame attempts at humour?
So for anyone considering the whole “hand holding is lewd” comment, take a moment and think of something more original. I know you can do it.

All right, enough about hand holding. I do have a question, though: what purpose does Yashiro even serve at this point in the story? She’s cute, and I’m sure plenty of people out there adore her, but she doesn’t seem to be contributing anything of worth at this point.
I like Yashiro myself, but I do feel like you could cut her out of the past few episodes and absolutely nothing would change. The next episode is the last one, but maybe she’ll contribute something more important. I don’t feel that I should get my hopes up, though…

Adachi talks to Shimamura on the phone

This episode is capped off with a phone conversation, and it is such a wholesome one. Overall, this is just a great episode. So good!

Next episode will be the final one, so it looks like I’ll be writing a review next week.

I enjoy writing, manga, anime and video games, so naturally here on my blog, you will find anime reviews, Nintendo news and other such things that I deem interesting.
View all posts by Rory →
This entry was posted in Episodic and tagged Adachi, Adachi and Shimamura, Autumn 2020 Anime, episode 11, Episodic, Shimamura, Yashiro Chikama. Bookmark the permalink.

1 Response to Adachi and Shimamura Episode 11: Moon and Will