Now we come to the third light novel adaptation I want to watch of the autumn season, and it is Hitoma Iruma’s Adachi and Shimamura. Funnily enough, this is the only one that starts with its source material’s first chapter. Of course, this serves as our introduction to Adachi, Shimamura and a couple of other characters. 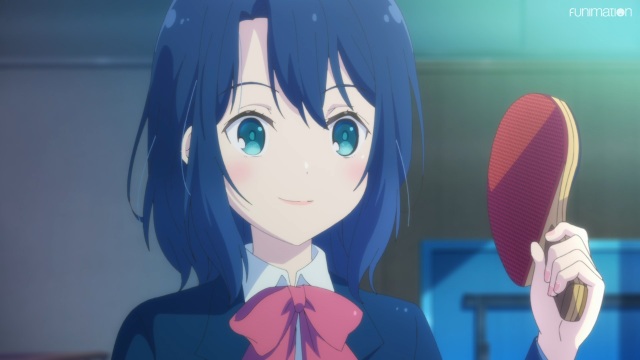 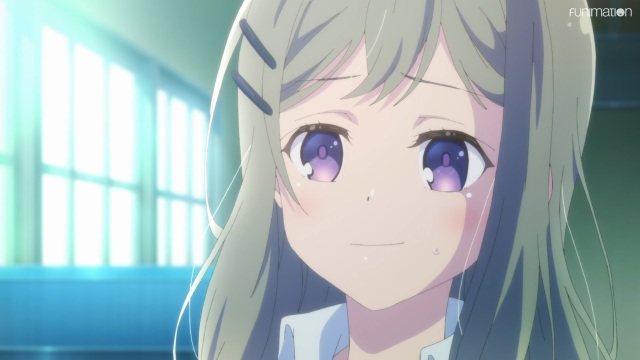 Beside our main characters, we are also introduced to Shimamura’s friends: Hino and Nagafuji. Amusingly, Shimamura isn’t exactly full of praise for them: Hino is plain, and Nagafuji’s most notable features are her breasts and she wears glasses. There is also one more character, but I’ll get to that in due course.
Hino and Nagafuji happen to intrude upon Adachi and Shimamura at point, and Adachi does not take that well.

Adachi and Shimamura sharing a bike

Taking its cue from the light novel, this episode is based on Shimamura’s perspective. As such, we get a bit of insight on her thoughts about Adachi. Of course, it is only early days at the moment, so nothing big yet. We’ll get there in due course, probably. 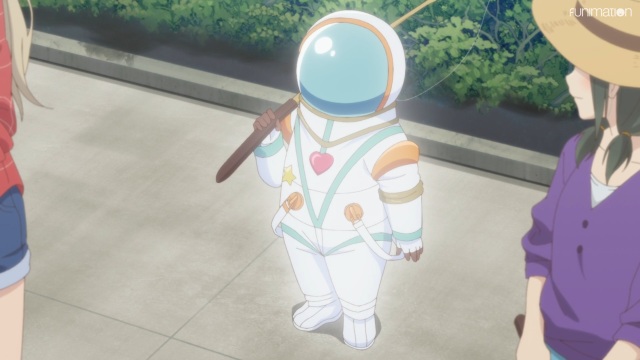 Something I find amusing about Adachi and Shimamura is how that it seems to be grounded in reality, and then, boom! Tiny astronaut. The episode ends with Shimamura meeting said astronaut, so those who haven’t read the light novel will have to wait until next time to find out what is up with that.
The astronaut does appear a couple of times throughout this episode, a hint of what is to come.

So we’re starting off things faithfully with this adaptation, and this was a very enjoyable first episode. I have to say that the soundtrack definitely enhanced the experience; the sound people captured the atmosphere of any given scene perfectly.
I’m glad that this first episode lived up to my expectations.

So out of the light novel adaptations I’m watching this season, Wandering Witch: The Journey of Elaina and Adachi and Shimamura have done their respective source materials justice. Kuma Kuma Kuma Bear needs to step up its game. Well, as Meatloaf said, two out of three ain’t bad.

I enjoy writing, manga, anime and video games, so naturally here on my blog, you will find anime reviews, Nintendo news and other such things that I deem interesting.
View all posts by Rory →
This entry was posted in Episodic and tagged Adachi, Adachi and Shimamura, Autumn 2020 Anime, Episode 1, Shimamura. Bookmark the permalink.