This autumn season of anime, we are getting three light novel adaptations that I am planning to watch, and cover weekly here on my blog. First up is Wandering Witch: The Journey of Elaina.
I’ll be sharing my thoughts on each episode, as well as comparing them to their source materials. The anime adaptation of Wandering Witch does something that the light novel doesn’t do: start right at the beginning. 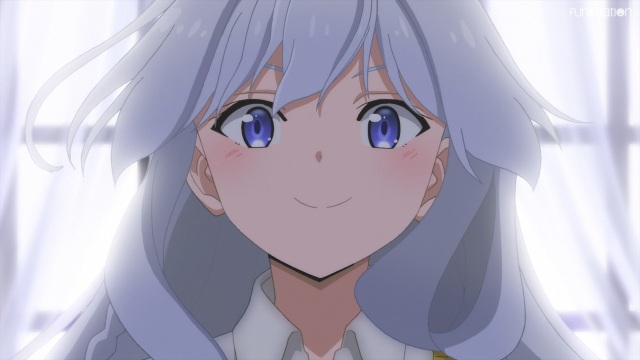 The first episode of Wandering Witch: The Journey of Elaina adapts chapter nine of the light novel, and shows us how Elaina became a fully-fledged witch. As far as I am concerned this is a very good place to start. 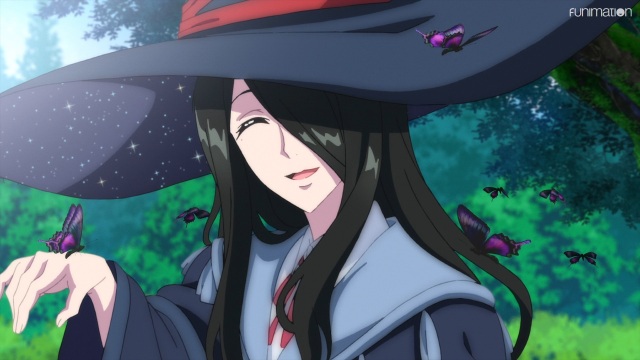 Naturally this episode introduces us to Elaina, but we also meet her teacher, Fran. Elaina is eager to learn magic from Fran, and yet Fran seems to have no interest in teaching her anything. There’s a very good reason for that.

The whole section showing Fran testing Elaina is very nice to look at. However, it is worth noting that we probably won’t see too many action scenes like this one; this was just a treat for the first episode.
Though I suppose it could depend on which chapters they choose to adapt, but I think people should set their expectations accordingly. Elaina won’t always be blasting things with magic during her travels. Probably.

Whilst the test itself gives us some very impressive animation, it is the scene afterwards where Fran hugs Elaina that is the highlight for me. It is good in the light novel, it is good in the manga, and I’m happy to say that it is good in the anime as well. Elaina finally letting go, Fran comforting her… it is all so good. That scene along makes this a very strong episode, really giving us something that make the characters compelling to watch. 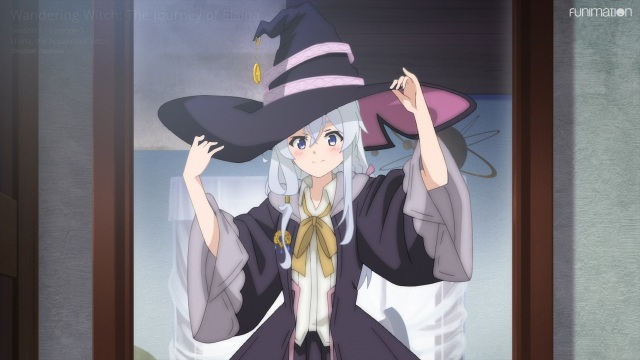 So the anime adaptation of Wandering Witch: The Journey of Elaina is off to a fantastic start. Adapting chapter nine of the light novel was a very wise choice by C2C. I honestly couldn’t imagine a stronger start for this anime.

I enjoy writing, manga, anime and video games, so naturally here on my blog, you will find anime reviews, Nintendo news and other such things that I deem interesting.
View all posts by Rory →
This entry was posted in Episodic and tagged anime, Autumn 2020 Anime, Episode 1, Episodic, Wandering Witch: The Journey of Elaina. Bookmark the permalink.

1 Response to Wandering Witch: The Journey of Elaina Episode 1: The Ashen Witch’s Start