You know what’s pretty cool? Princesses. Know what’s even better? Dragons. What about dragon princesses? How about we make that better with a dragon princess who has strong feelings for another princess? What I’m getting at is that Mysteria Friends is pretty neat.
Licensed for a UK release by MVM Entertainment, the Mysteria Friends Limited Edition is due out on August 17th 2020.
However, buy it directly from the Anime On Line website, and they’ll ship it early, which is why I am able to share this now. Also check out their Hot Summer Sale, with 60% off on select box sets. I strongly recommend Flip Flappers, Girls’ Last Tour and Princess Principal – the sale lasts until August 17th 2020, so get in there sooner rather than later.
With that all said and done, let’s take a look at what you’ll get in the Mysteria Friends Limited Edition. 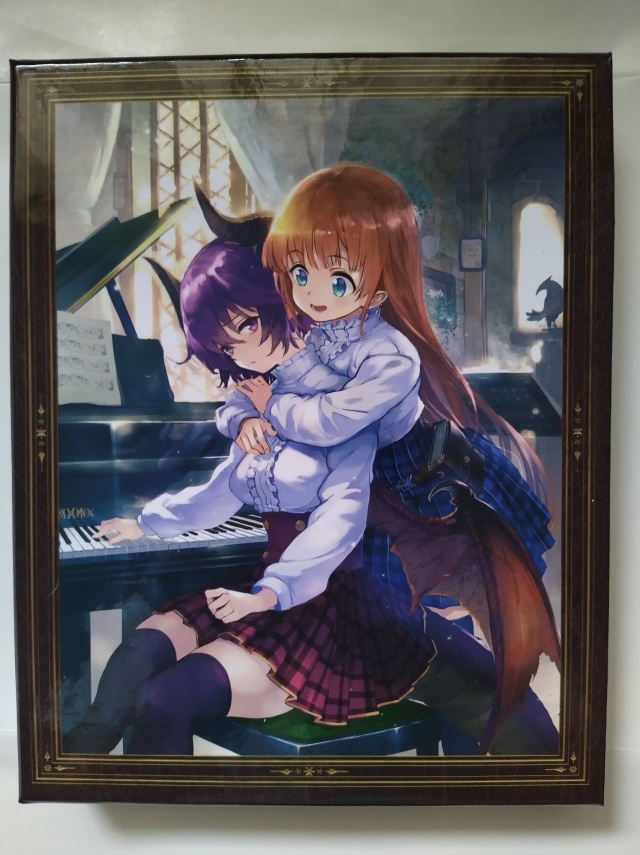 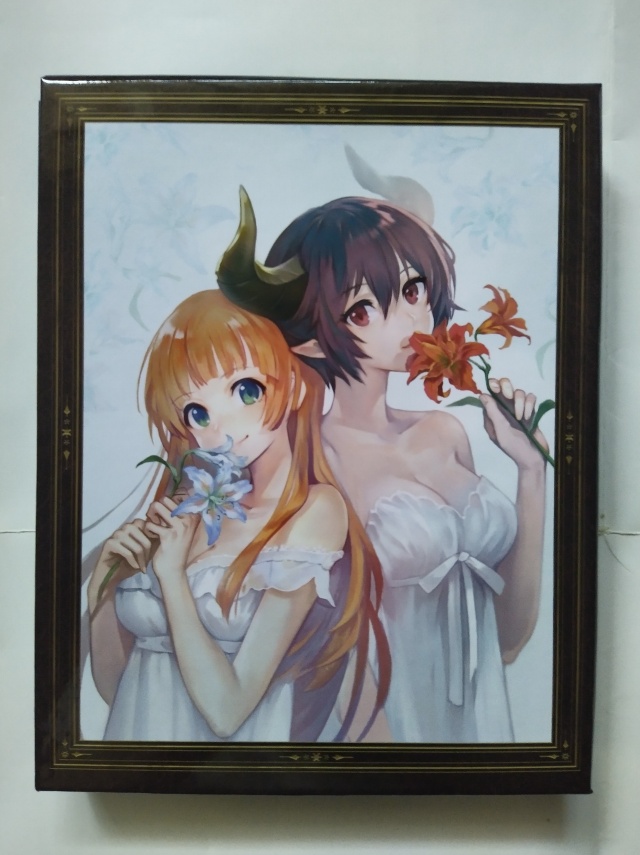 We start with the front and back of the box that contains everything, and both sides feature pictures of Anne and Grea: the main characters of Mysteria Friends for those who are unaware. In one illustration, they also both happen to be holding lilies. That’s probably not a coincidence. 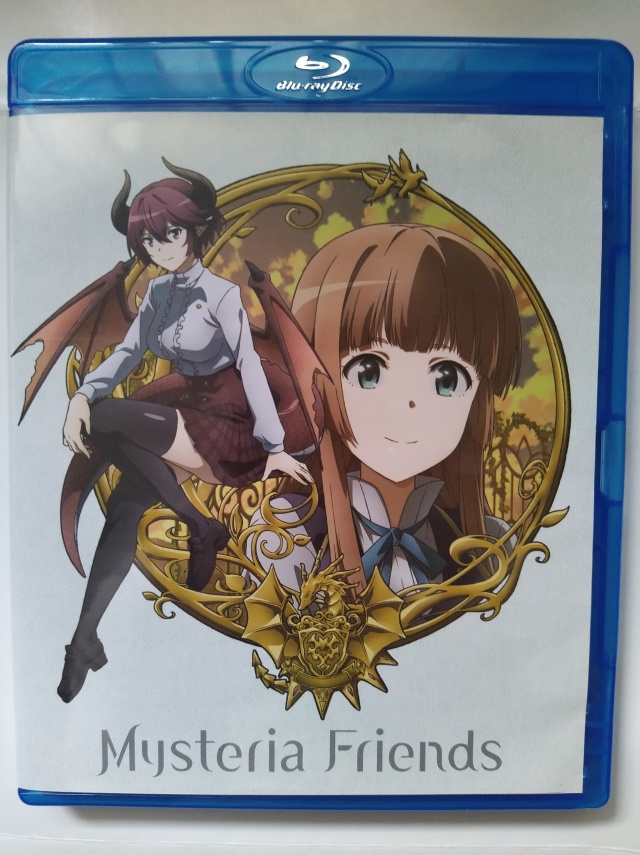 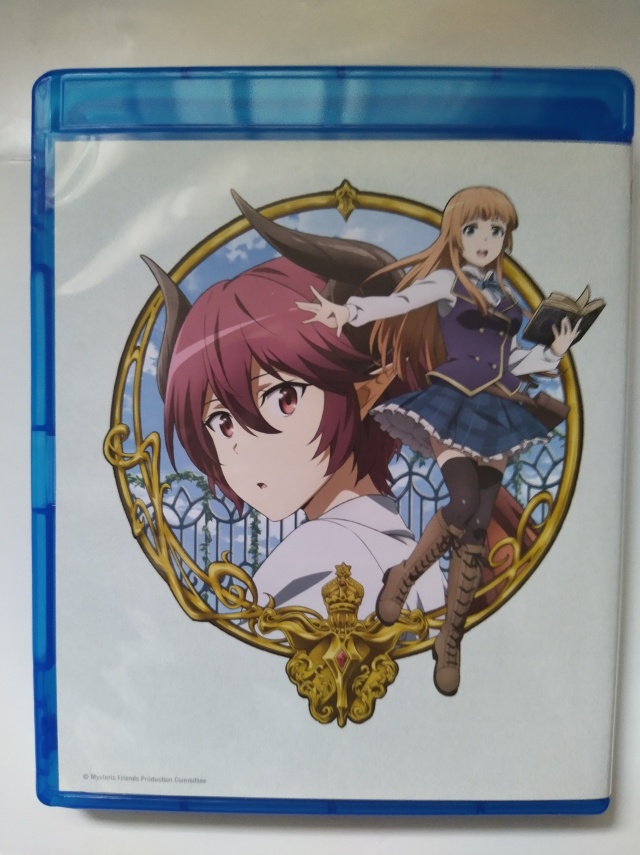 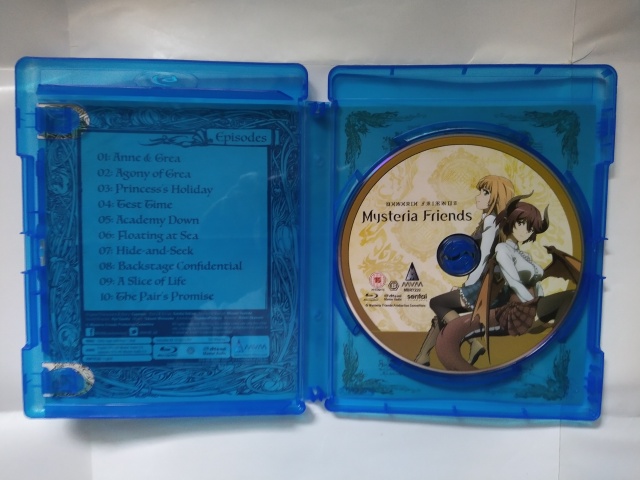 Next up, we have the front, back and inside of the Blu-ray case, including the disc itself. Naturally, both Anne and Grea feature prominently in all the artwork. It stands to reason, Mysteria Friends is all about the pair of them, after all.
Now we can move on to the extra goodies. 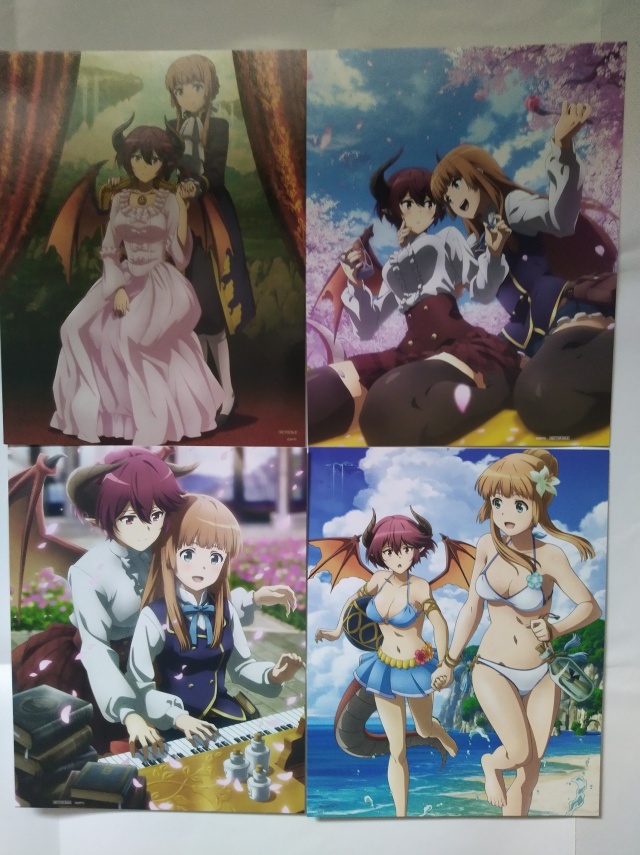 The Limited Edition comes with four art cards. For these kinds of things, it tends to be common practice to use the same pieces of art throughout the Limited Edition, but that is not the case with Mysteria Friends. The four pieces of art depicting Anne and Grea together are solely depicted on the art cards, and nowhere else. I can appreciate that. 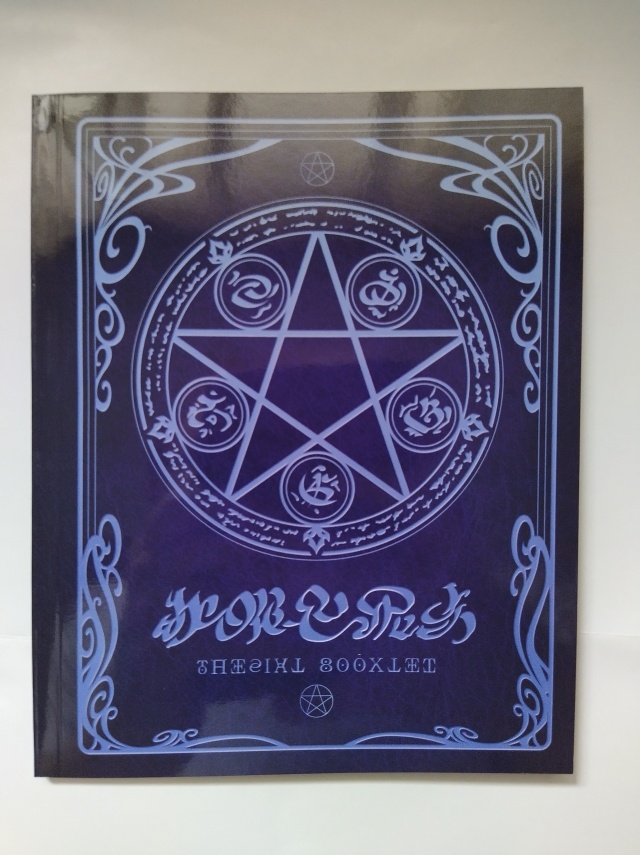 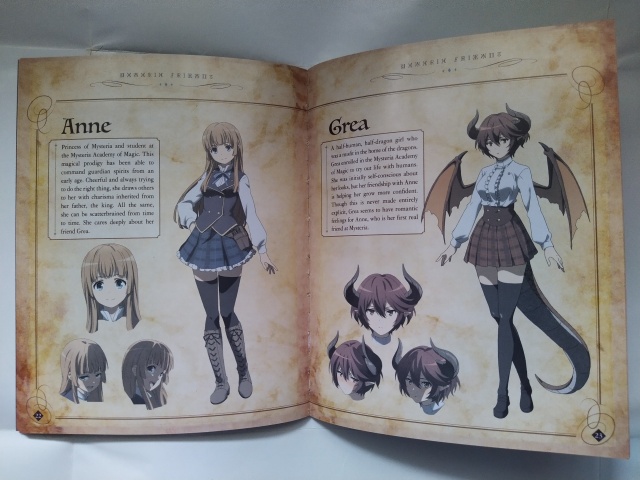 Finally, we have a 40 page art book. The book contains commentary for each of the show’s 10 episodes from director Hideki Okamoto, as well as Minami Yoshida’s favourite shot from each episode.
The episode commentaries are followed by an interview with Hideki Okamoto and Minami Yoshida (character designer). Then there is another interview with Yoko Hikasa and Ayaka Fukuhara: the Japanese voice actresses of Anne and Grea respectively. Also, the book gets bonus points from me for mentioning Yoko Hikasa’s role as Hibiki Tensho in Aikatsu Friends! ~Kagayaki no Jewel~. No mention of Maria Cadenzavna Eve, though…
That’s everything you can expect to find in the Mysteria Friends Limited Edition – or Collector’s Edition, or whatever they’re calling it. The episode commentaries and interviews in the art book provide an insight into what went into creating Mysteria Friends, and I really quite enjoy learning about all that kind of stuff. The art cards are nice as well, and the whole box set has a pretty great aesthetic going for it.
Mysteria Friends Limited Edition is a very welcome addition to my anime collection.

I enjoy writing, manga, anime and video games, so naturally here on my blog, you will find anime reviews, Nintendo news and other such things that I deem interesting.
View all posts by Rory →
This entry was posted in Unboxing and tagged MVM Entertainment, MYSTERIA Friends, Unboxing. Bookmark the permalink.