After taking a two month hiatus, Healin’ Good ♡ PreCure is back! Back, and more widely available – depending on your region. Hopefully Crunchyroll will expand the show’s availability to more territories. The current arc of One Piece, another Toei show, wasn’t available in Europe until relatively recently, so there might just be some hope.
But it is not One Piece that I am focusing on here. No, I shall be getting back into my weekly episode reviews of the show.
Before that, though, it has been a while. A quick recap of what happened previously:
The appearance of a new enemy, and more powerful Megabyogens, shook up Hinata’s confidence. She started showing signs of doubt about her role as PreCure as a result.
That is where this episode picks up; episode thirteen focuses on Hinata who is about ready to throw in the towel on being PreCure.

In this episode, Hinata strongly considers the possibility of just giving up being PreCure, especially after what happened last time. An attack from an enemy that they just can’t seem to track down doesn’t do any favours for her confidence. Fortunately, both Nodoka and Chiyu are there to support her. 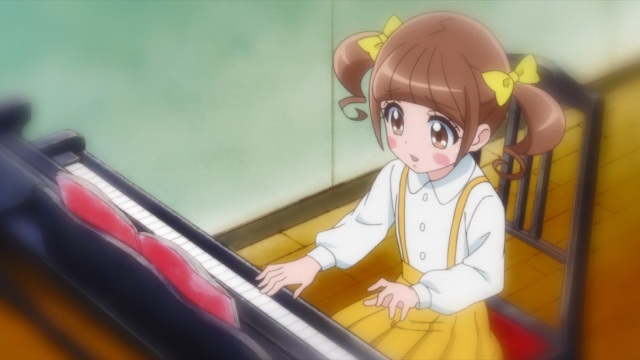 This episode provides a bit more information on Hinata’s character, and how she feels like she was always playing catch up with her older siblings. The previous encounter the enemy shook her confidence, and now she worries that she is just bringing everyone down. Chiyu understands where Hinata is coming from. 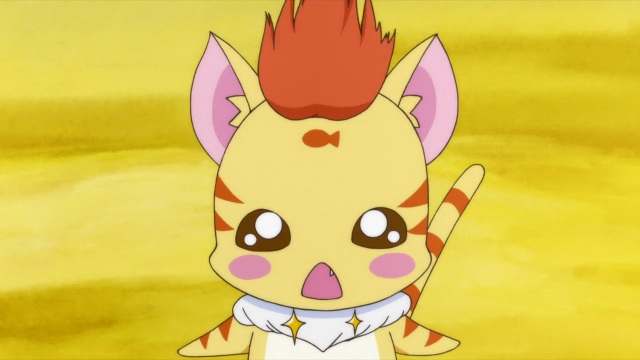 Nyatoran has been hiding something

As established in the previous episode, the longer a Megabyogen exists, the more powerful it gets. That still applies here, which means a fair bit of time with Nodoka, Chiyu and Hinata just kind of wandering around.

On the search for the Megabyogen

I wonder if this kind of thing will be a recurring theme, or perhaps we’ll get a stronger form of Megabyogen a little later on. For now, though, the girls being unable to track down their enemy really eats away at Hinata. Her older sister, Mei, ends up getting indirectly involved, too.

Nodoka is there to support Hinata

Of course, Hinata is not alone. Nodoka, Chiyu and the fairies are all there to support her. Hinata may compare herself to her older siblings, but Nodoka and Chiyu can appreciate her for who she is. 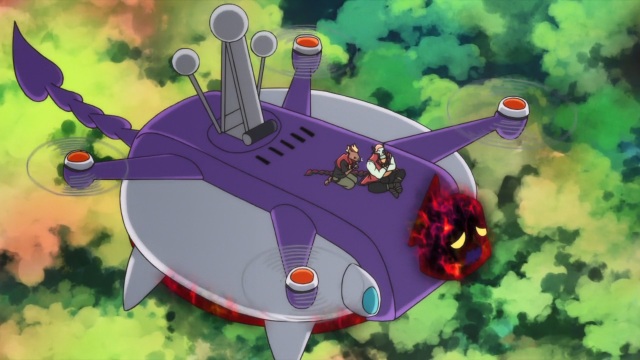 A drone based Megabyogen this time around

It is Hinata who is able to finally get everyone to catch up to the Megabyogen, and of course a fight unfolds.

It’s a decent enough fight, with Cure Sparkle taking the lead. Grace and Fontaine mostly just support Sparkle, which is fine. It pretty much unfolds like your typical PreCure fight, so there isn’t much else to add.

Also got to show some appreciation for Mei

It feels so good to having Healin’ Good ♡ PreCure after so long, and it returned with a great episode. Nodoka, Chiyu and Hinata are all amazing characters, so having an episode focus on any one of them is always a delight. It just happened to be Hinata’s turn this time around.
Hinata may have had her doubts about the whole PreCure thing, but the support from Nodoka and Chiyu is exactly what she needs to see her through. I’ve said this before, but I absolutely adore the dynamic between the three girls.
I’m not sure how a fourth character could fit into that, but that is something that the future holds the answer for.

A very welcome return for Healin’ Good ♡ PreCure. Next time, a festival.