Nodoka, Chiyu and Hinata are on a class trip to an art museum in episode ten of Healin’ Good ♡ PreCure. It doesn’t seem like they’ll get much time to admire the exhibits, though, as the enemy makes their move. 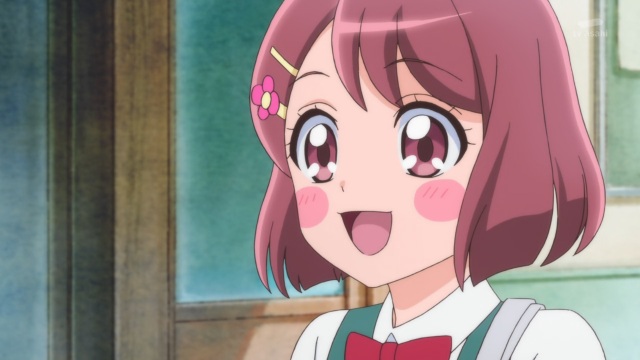 Nodoka’s class is taking a trip to an art museum to study the exhibits there. Of course, it doesn’t take long before the enemy shows up, but this time around there are three Megabyogen showing up in different locations. PreCure split up to deal with the threats, but it might be a little more than they can manage on their own. 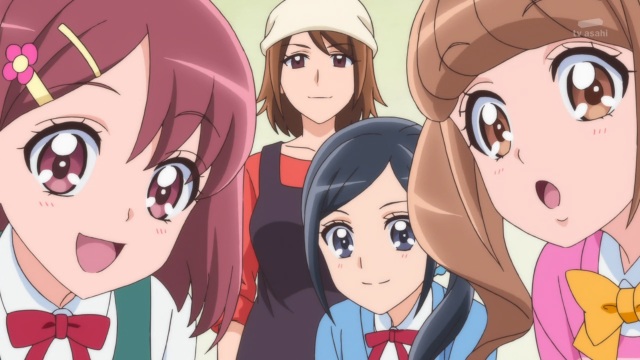 The previous few episodes have put more focus on Nodoka, Chiyu and Hinata daily lives, but this time around we get a greater focus on their duties as PreCure. We do get a bit of setup in which Nodoka and company meet the artist Nagara, as well as Rabirin and the others deciding to just show up – conveniently right before the first of three Megabyogen appear.

One Megabyogen is bad enough, but Latte’s condition worsens as they fight. Fontaine discovers that there are two more Megabyogen for them to worry about, which leads to Grace, Fontaine and Sparkle splitting up.

This episode brings up a rather interesting point about the Megabyogen: the longer they are active, the more powerful they become. I suppose Latte falling ill whenever a Megabyogen appears is the only thing that prevents the enemy generals from summoning a Megabyogen on the down low and letting it build power.

The designs of the second and third Megabyogens are so much better than the first one that appears in this episode. Besides establishing that Megabyogens grow stronger as time passes, another thing this episode pushes is that PreCure need to combine their powers to defeat their foes. 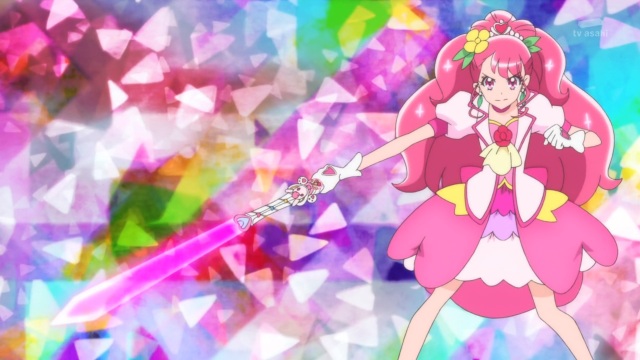 Cure Grace is determined to defeat her opponent on her own

Using the Harvest Element, it seems Cure Grace is able to hold back the energy and channel it as a makeshift blade. That feels like something that has potential, but whether we will see it again or not remains to be seen. Also, Grace is kind of limiting herself by ensuring that none of the art gets destroyed as she fights, which means she struggles to do much against the Megabyogen.

Despite knowing the risks of leaving a Megabyogen alone, Fontaine and Sparkle come back to Grace to help her out. I’d like to think that is because Chiyu and Hinata have a pretty clear understanding of what Nodoka is thinking. The art museum Megabyogen is swiftly taken care off after that, but there are still two more out there.
Cure Grace gets an opportunity to reflect on what happened, and Rabirin pretty much promises to keep her in line if she tries anything like that again.

That brings this episode to an end, with two Megabyogens still out there wreaking havoc. Still, yet another great episode. A heavier focus on the PreCure side of things here, with particular attention paid to Cure Grace and her desire to help everyone she can. I still think that particular trait of hers is something that she strongly shares with Symphogear‘s Hibiki Tachibana.

Healin’ Good ♡ PreCure has been some pretty good stuff so far. Yeah, there was one exception, but I feel like more recent episodes have made up for that particular outlier.
Nodoka, Chiyu and Hinata are all absolutely wonderful characters, and it is a joy watching them.

Next time, the Cures tend to some unfinished business.