My first Game of the Month for the year of 2020 is a crossover title that was originally released on the Wii U – and one that ties in quite nicely to a certain piece of news that has come from the world of Nintendo very recently (at the time of writing).
Worlds collide as Nintendo and Atlus join forces to bring us a JRPG with an idol flourish to it. 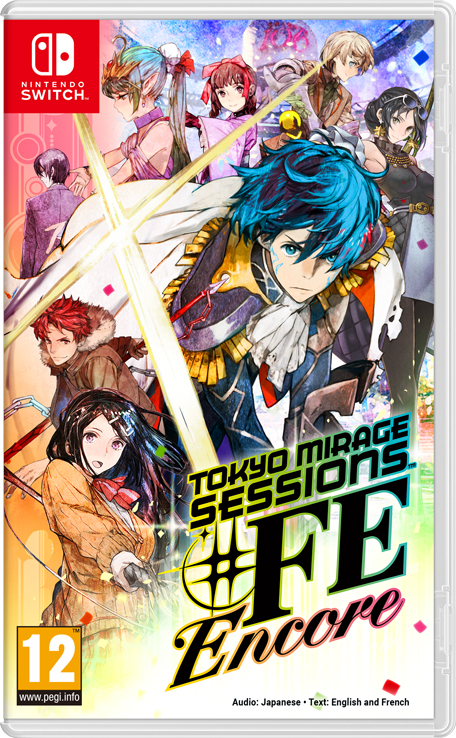 If the title hasn’t given it away, this game is set in modern day Tokyo – quite a departure from the usual Fire Emblem setting. However, there is more to Fortuna Entertainment than idols, actors and other such things. Behind the scenes, they fight Mirages, creatures that drain the creativity from people.
By becoming Mirage Masters, the characters are able to fight back by enlisting the aid of the aforementioned Fire Emblem characters.

Fighting Mirages is done with turn-based battles, and the spell names might seem familiar for those who have played Shin Megami Tensei – there are things like Zio, Dia and Zan.
Hitting an enemy with something it is weak against will result in a Session; where your allies follow up with attacks of their own. Of course, that is only if they have the required skill to do so in the first place.

Tokyo Mirage Sessions ♯FE was originally released for the Wii U in 2015. This re-release for the Nintendo Switch brings along some new features. First, the Wii U’s DLC only dungeons are included in Encore.
As for actual new content, there is the Area of Aspiration dungeon, which is part of the EX Story. Through this, new outfits, items and songs are available.
Supporting characters now have the ability to join in with Session attacks, and you have the option to skip Session animations should you desire.

The mobile game Fire Emblem Heroes is also holding events to tie in with the release of Tokyo Mirage Sessions ♯FE Encore. Four characters – Tsubasa, Kiria, Eleanora and Mamori – are available to summon. There is also a Tempest Trials event which will allow players to get Itsuki Aoi by earning a high enough score, and the Tap Battle mode has songs from the game, too.

On top of the recent announcement of Byleth joining Super Smash Bros. Ultimate – which I am looking forward to – and the Fire Emblem: Three Houses Cindered Shadow DLC, there is plenty for Fire Emblem fans to get their teeth into. Safe to say, I’m pretty happy with everything we’re getting.

I enjoy writing, manga, anime and video games, so naturally here on my blog, you will find anime reviews, Nintendo news and other such things that I deem interesting.
View all posts by Rory →
This entry was posted in Games of the Month and tagged Atlus, Game of the Month, JRPG, Nintendo, Tokyo Mirage Sessions ♯FE Encore. Bookmark the permalink.