Well now, looks like I was wrong about episode forty-eight being the last one. So, here’s one more episode review of Star ☆ Twinkle PreCure. Getting to this point involved a sacrifice, but things aren’t over just yet. 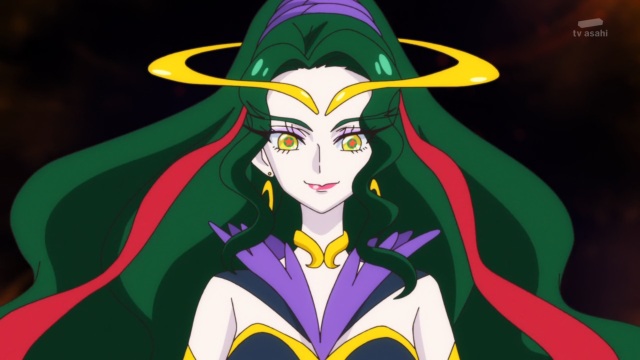 A good villain doesn’t stay down for long

In this episode, the Ophiuchus Princess comes back after what was supposed to be her defeat. There is little anyone can do as the thirteenth princess completes her ritual, and darkness consumes the entire universe. 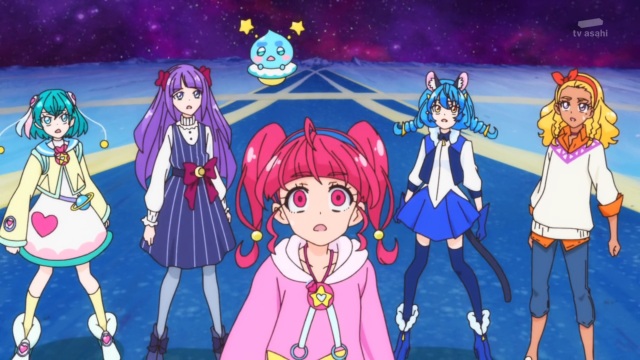 So it turns out what happened in the previous episode was not enough for peace to be brought back to the universe. This leaves the Ophiuchus Princess free to continue with her own plan, and nobody can stop her. A rare instance of an antagonist actually being able to carry out their objective. 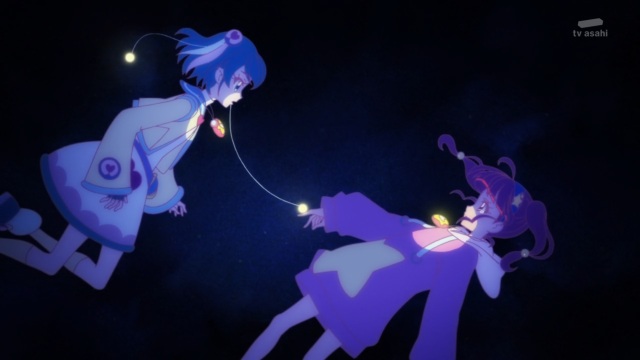 Even lost in darkness, Lala will find Hikaru

So all that’s left in the end is darkness, but perhaps there is a faint glimmer of hope. Also, Lala finding Hikaru in the darkness – that’s such a great moment. Of course, the other girls are there as well, but I’m thinking of views from a HikaLala perspective her. 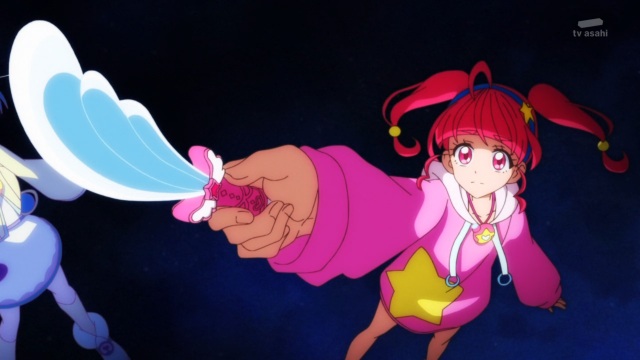 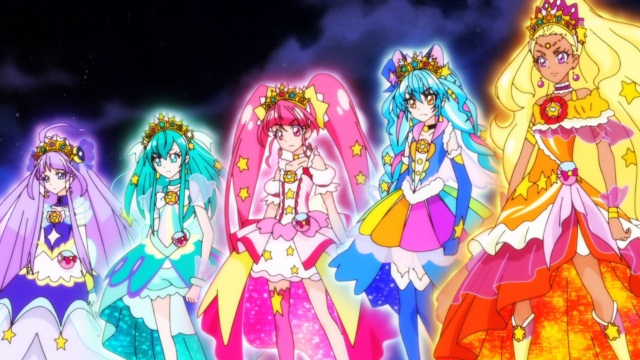 If the Ophiuchus Princess can make a comeback, so can PreCure

As anyone who was seen Symphogear can tell you, music is the perhaps the most powerful force in the universe. So much so, that Hikaru and company return in super forms ready to fight the Ophiuchus Princess. 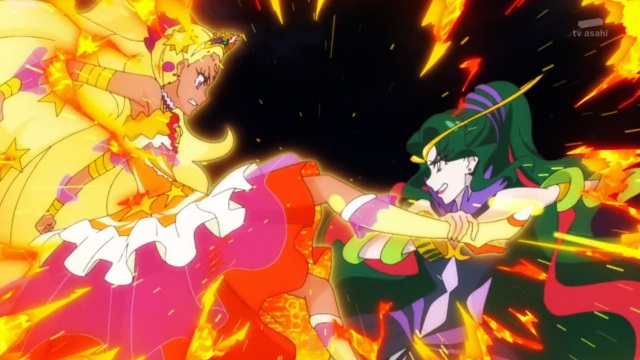 There’s so many great moments in this fight

The PreCure vs. Princess Ophiuchus fight is absolutely superb. It looks so good, though it definitely needs to be seen in motion. Screenshots won’t do it justice, so you’ll either have to watch it yourself or just take my word for it. So good!
The end of the fight takes a cue from the Dragon Ball franchise, though that wouldn’t be the first time the PreCure franchise has done that. 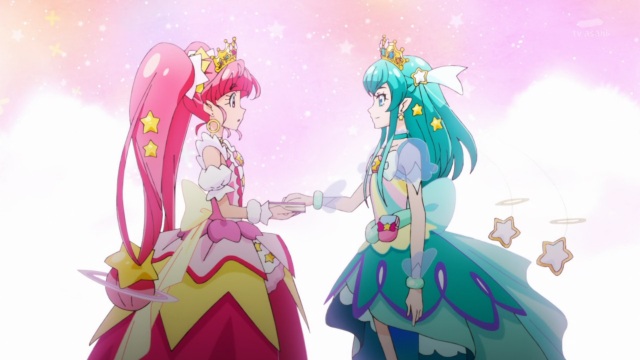 After the battle, Cure Star has a choice to make. It is not an easy one, but the other girls are willing to support her regardless of what she goes through with. 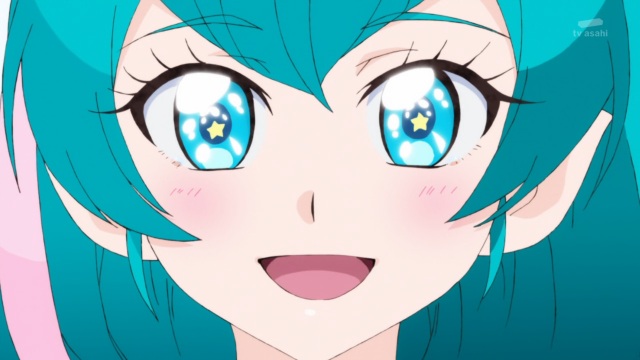 Oh, so Star ☆ Twinkle PreCure is just going to stab me right through my heart, huh? Thanks…

If you feel that perhaps the end of this episode invokes certain events from towards the end of Maho Girls PreCure, let me just say that Star ☆ Twinkle PreCure has the same writer. Man, they really want to make their audience shed tears with this episode, huh?

An utterly fantastic episode, that certainly invoked a range of emotions. There was just so much great stuff going on here, and we still have one episode to go. Can’t help but feel we might be headed towards an ending very similar to Maho Girls PreCure, but I guess we’ll have to see.

Going by past seasons, it is likely that we’ll be seeing a very important debut in the next episode. Knowing that Aoi Yuuki voices the lead Cure is only making me look forward to Healin’ Good♡PreCure even more.

Before that, though, we have one final episode of Star ☆ Twinkle PreCure, and I’ll have a review to write, as well as a serious think about how I’d rank this season among all the others.