BanG Dream! is taking a different approach with releasing its first five episodes of the third season, so we’re getting double bills of episodes 2 & 3, as well as 4 & 5. Something to do with the episodes being released alongside singles, or something like that.
Anyways, in episodes 2 and 3, Rokka has a decision to make – and a little encouragement from Poppin’ Party might just be the push she needs. 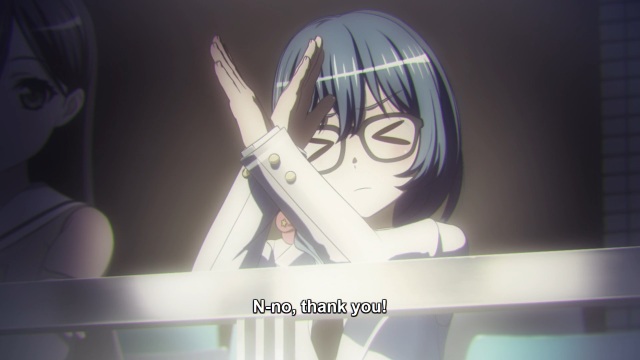 I’ll start with episode 2, in which Rokka immediately refuses CHU2. However, CHU2 has no intention of giving up so easily, so she and PAREO spend a fair amount of time chasing Rokka down.
Meanwhile, other bands are preparing for the BanG Dream! Girls Band Challenge.

So Rokka belongs to Asuka, then?

CHU2 certainly does come across as overbearing, but I would say that she has really started to grow on me – particularly over the course of these couple of episodes. CHU2 and PAREO have a fun double act thing going on.
CHU2’s nature does come from her being passionate about music, so I’m willing to cut her some slack. 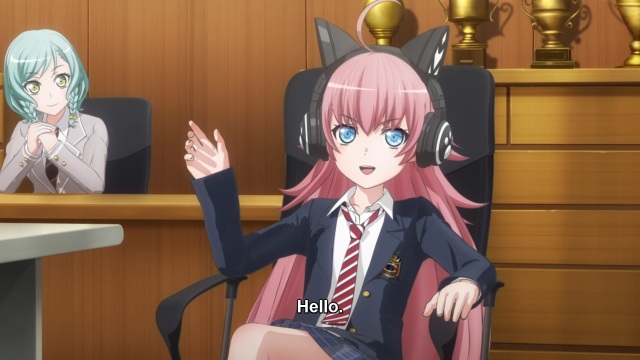 I suspect Hina’s having fun

I do feel for poor Rokka, though. As much as I did enjoy watching CHU2 and PAREO chase after Rokka, I’ll admit that their approach was not the best way to go about it. It seems PAREO might feel similarly, since she approaches Rokka in a much more calm manner later on. 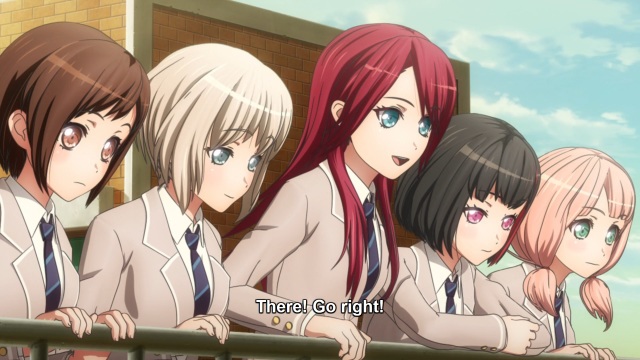 Afterglow cheer on Rokka as she tries to escape from CHU2

It seems that this season of BanG Dream! is going to have a particularly strong focus on Poppin’ Party, Roselia and RAISE A SUILEN. I suspect the other bands will get their chance to shine, probably around halfway through the season. I’m guessing that we’ll get Afterglow, Pastel * Palettes and Hello, Happy World! episodes, probably after the first five episodes, which will have a stronger focus on the rivalries between Poppin’ Party, Roselia and RAS.

Episode 2 also gives us some more interaction between Yukina and CHU2. That seems to spark something in Yukina (probably not her love of cats, though) and leads to Roselia changing their plans up somewhat.

I absolutely love the electric guitar, and anybody who plays it at Rokka’s skill level has my utter respect. I’m so pleased we get to see her demonstrate her skill once again, and so does Masuki – or MASKING.

Rokka may have kept running from CHU2, but MASKING ended up dragging her right into an audition. It doesn’t go the way one might expect, though – MASKING and CHU2 feel something is off about LOCK’s performance. 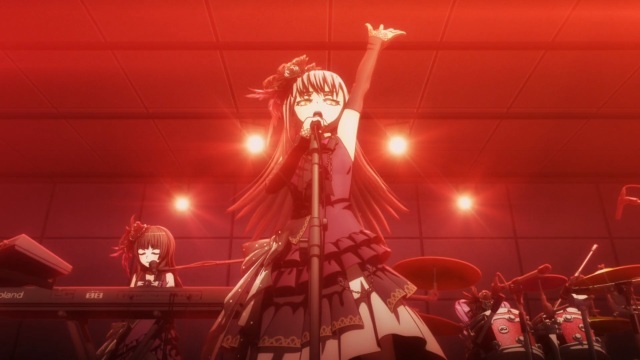 Moving on to episode 3, which starts off strong with a performance from Roselia. This episode mostly focuses on Rokka coming to terms with what happened at her audition for RAS.
Poppin’ Party notice that Rokka isn’t exactly in the best of moods, so they decide to do something to give her a push.

Tae gets to do quite a bit in this episode, as she is the first member of Poppin’ Party to find out just why Rokka is feeling so blue. That comes from a chat with Rei – or LAYER – whilst eating sweet potatoes.

Rokka and Tae in a bath

We get a bathhouse scene, because it seems that Tae’s method for helping for helping Rokka with her drama is to get naked with her. Eh, seems about right for Tae. That whole scene ends in an amusing way, too.

Poppin’ Party settle on an idea for a new song

On the Poppin’ Party side of things, they decide they should write a new song for BanG Dream!. They start putting something together, eventually settling on something that they decide to perform for Rokka’s sake.

PoPiPa have a different set up from usual

The new song that Poppin’ Party puts together is “Step X Step!”, which they perform at Galaxy. It’s a good song, but I’m probably biased when it comes to that kind of thing. Also, we’re finally get new music, three episodes into the third season. 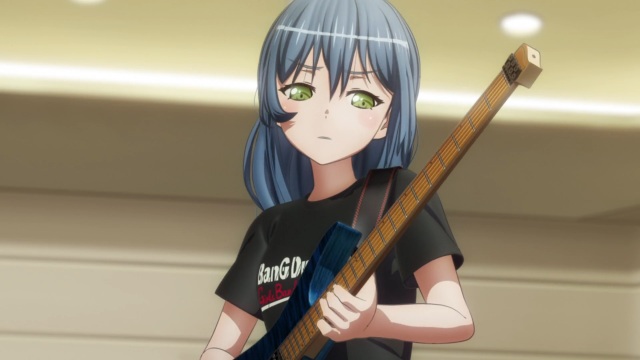 Poppin’ Party’s song has the intended effect, as Rokka goes straight to CHU2 (with a little help from MASKING) and begs for a second chance. Another opportunity to see Rokka to play her guitar is something I certainly welcome, and she holds nothing back the second time around. She even plays the bass and keyboard parts of “R・I・O・T”, which is kind of insane.

Episode 3 ends with CHU2 reaching a decision about Rokka. Seems LOCK has her work cut out for her, but she’s definitely taking a major step forward.

I really enjoyed these two episode of BanG Dream! 3rd Season. I know some people are worried about the other bands not getting a chance to shine, but I’m going to go ahead and guess we’ll get to their episodes a little later on.
And if we don’t… well, we have seen some incredible stuff from Poppin’ Party, Roselia and RAISE A SUILEN, so I personally don’t mind. Those itching for more from Afterglow, Pastel * Palettes and Hello, Happy World can always play the mobile game, watch Girls Band Party! PICO or just listen to their music on Spotify. There are options out there.

Regardless, some very strong stuff from BanG Dream! here. Definitely having a great time watching this season.