It’s been a bit of a longer wait than usual, but subs for episode 45 of Star ☆ Twinkle PreCure have finally emerged. This episode focuses on Hikaru. 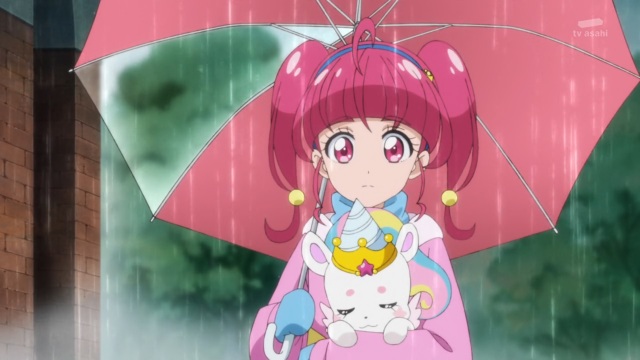 With the other girls having managed to find their Twinkle Imagination over the past few episodes, Hikaru is feeling less than stellar about not finding her own. A visit to the observatory and a battle against Kappard soon see things changing for Hikaru, though. 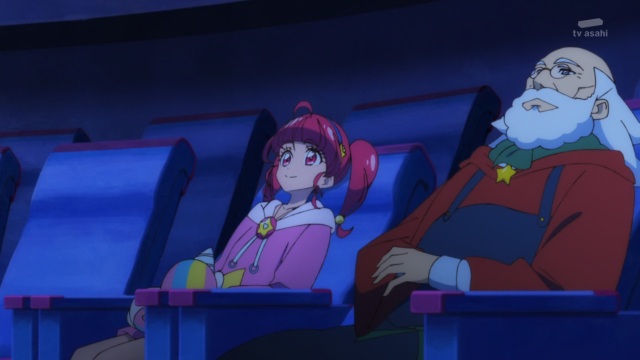 This is very much Hikaru’s episode, particularly because she has yet to find her Twinkle Imagination. It is something that she is all too aware of. Lala is far more open with her classmates, and both Elena and Madoka are putting some serious consideration into their futures. Hikaru is still just Hikaru, though.

More of Hikaru just walking in the rain

Serving as a villain of the week (and possibly for the last time, as well) is Kappard, who goes after Hikaru alone. 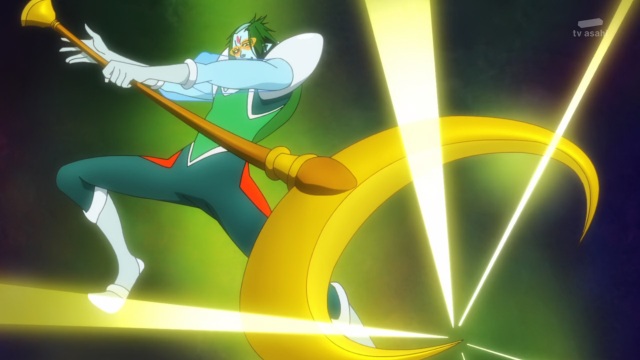 Kappard’s ultimate weapon (or so he claims)

You know things are serious in PreCure when you don’t get the usual music for the transformation scene. That’s exactly what happens with Cure Star vs. Kappard. Cure Star doesn’t exactly have the best showing against her foe; probably not helped by still being unsure of herself.

Of course Cure Star isn’t going to have an easy time against Kappard; she has to overcome some kind of trial before she can achieve what the other members of PreCure have done.

As is par for the course for these types of episodes, the rest of the team don’t show up until the very last moment. Doesn’t stop Kappard from giving his “you have such a comfortable life you know nothing of pain” speech, during which some light is shed on what happened to his home planet.
Of course, Lala’s response to Kappard’s words are enough for Hikaru to pick herself up, and we get the normal transformation sequence. 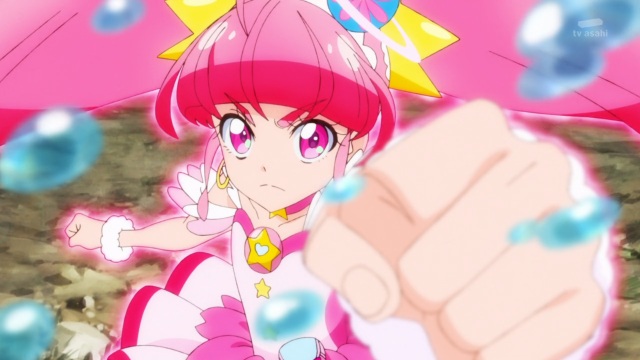 Cure Star is back

So, just like the others, Cure Star’s experience her is just what she needs to go through to find her Twinkle Imagination. Kappard stands no chance against her once she is back in the fray, though all Star wants to do is understand him a little more. There’s no opportunity for that, as Kappard is forcefully returned to Darknest.

Just like the other Twinkle Imagination episodes before it, this was a good one. All five girls have finally achieved their goals, which must mean we are getting really close to the end.
A great episode for Hikaru.