Didn’t I Say to Make My Abilities Average in the Next Life?! Episode 10: 200 Day Anniversary

The tenth episode of Abilities Average is another one that is anime-only, at least as far as I can remember. A birthday party for a certain innkeeper’s daughter makes Mile feel nostalgic, and that in turn stirs up feelings of jealousy within Reina.

After celebrating Lenny’s birthday, Mile talks fondly about the time she celebrated her own with the Wonder Trio back in Eckland Academy. This makes Reina want to do something for Mile, so she, Mavis and Pauline all set to work taking on requests in an attempt to surprise Mile. Mile, being left out of the loop, starts thinking the worst.

I thought that this episode might end up being an entire Eckland Academy flashback, but that was not the case. The flashback is merely towards the beginning, and the catalyst for the events that happen in the episode. I’ll take the Crimson Vow over the Wonder Trio, any day.

Reina’s jealousy is plain to see, not that she would ever admit it

Reina takes the lead here, after Pauline realises that it is coming up to 200 days since the Crimson Vow first met. With that in mind, Reina, Pauline and Mavis know exactly what it is that they want to achieve. They just can’t let Mile know what they are planning.

So Mavis dreams of Pauline as a princess

Mile hasn’t exactly been honest with the other members of the Crimson Vow, admitting to Nano some of the things she has been doing. I think the dream Mavis mentions in her picture diary is worth bringing up, as it gives some idea of what Mavis (subconsciously, at least) thinks of Pauline. 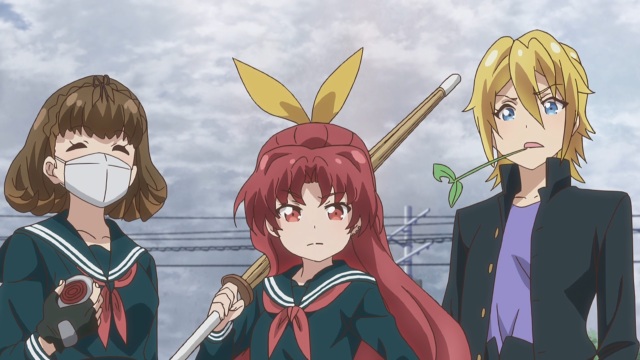 Pauline, Reina and Mavis as delinquents

As you may have gathered by this point, this is one of those cases where one character misunderstands the intentions of the others. Of course, Mile has to chuck a few references in there, because that is what Mile does.

Mile is very concerned about being left out by the rest of the Crimson Vow. That’s in contrast to the light novel, where Mile feels like she wants the other three girls to be able to get by without her – she tries to hold back in an attempt to help the Crimson Vow improve themselves. This is still Mile, though, so you can probably just imagine about how well that goes. 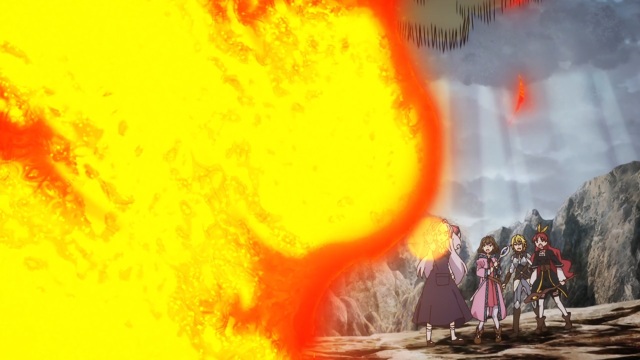 The misunderstanding between Mile and the rest of the Crimson Vow is cleared up by the end of the episode, of course. 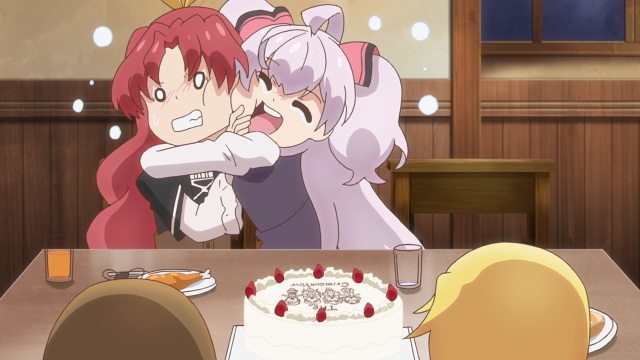 Reina may not seem impressed, but this was almost certainly what she was aiming for

The episode ends with Mile firmly putting her foot in her mouth, because that is what Mile does of course.

I enjoy writing, manga, anime and video games, so naturally here on my blog, you will find anime reviews, Nintendo news and other such things that I deem interesting.
View all posts by Rory →
This entry was posted in Episodic and tagged Autumn 2019 Anime, Didn't I Say to Make My Abilities Average in the Next Life?!, Episode 10, Episodic, Isekai, Mavis, Mile, Pauline, Reina. Bookmark the permalink.

1 Response to Didn’t I Say to Make My Abilities Average in the Next Life?! Episode 10: 200 Day Anniversary