I’d say we are around the halfway point of the current season of anime, so as usual I shall be sharing my thoughts on all the shows I have been watching this season. I’ll say this now: it has been a good one so far.

I’ve really been enjoying watching Miki, Aya and Midori play board games together. An earlier episode felt like a slight misstep (and I suspect that the My Hero Academia reject will show up in at least one more episode) but things swiftly got back on track. As long as After School Dice Club continues to focus on board games, I shall be happy.

Being a crossover of all the Aikatsu seasons so far, you’d think that watching this would convince me to go back and watch the earlier iterations of Aikatsu. It’s just not doing it for me, though; I’m pretty much solely here for more from Aine, Mio and all the other Aikatsu Friends! characters.
So effectively, I’m experiencing Aikatsu on Parade! from Raki’s point of view. It is decent enough, but I don’t think it will ever quite reach the same heights as Aikatsu Friends!‘s second season.

I’m mostly just here for the British boats, and there has been plenty to see from them. Javelin is lovely, Belfast has something very good going on with Enterprise and Unicorn is cute. Yeah, there have been dips in quality, but that’s not bothered me all that much; I’ve definitely seen worse.
Still, Azur Lane has proven to be quite enjoyable; perhaps even more so than KanColle was.

Currently, BORUTO: NARUTO NEXT GENERATIONS is in the middle of an arc where Boruto and Sasuke end up travelling into the past, which leads to Boruto meeting with a young Naruto.
I wasn’t entirely sold on the concept when I first heard about it, but turns out it has actually been fairly decent. I also appreciate the use of the music from Naruto – I’m hoping we’ll get “The Raising Fighting Spirit” at some point. 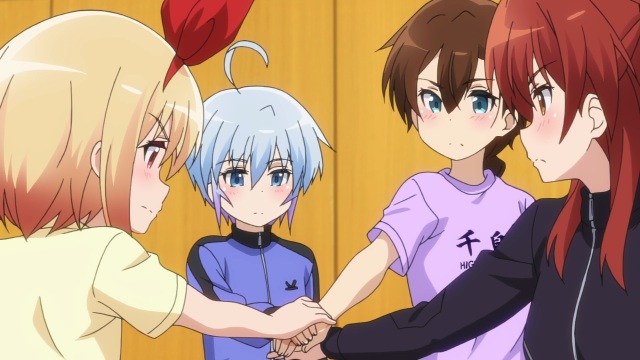 Beam rifle shooting isn’t exactly the most interesting sport to watch, or that’s at least what the first few episodes of Chidori RSC led me to believe. I thought it would get through on the strength of its characters, but the most episode actually made their sport interesting to watch. Just great stuff all around.

Didn’t I Say to Make My Abilities Average in the Next Life?!

Abilities Average‘s anime adaptation is taking its own approach to the source material, which I imagine has disappointed anyone hoping for a faithful adaptation. Not me, though; the adventures of the Crimson Vow have been a lot of fun to watch, and I am enjoying a different interpretation of FUNA’s light novels.

We had an arc from GRANBLUE FANTASY: The Animation Season 2 that focused on Katalina and Vira, which I actually enjoyed a lot. Got some great action scenes out of it, and some lovely Katalina x Vira stuff, too. Just a shame that Vira chose not to join Gran’s party… at least for now.
I also wish that we could get a whole series focusing on Djeeta instead of these “extra episodes”, but it is what it is. 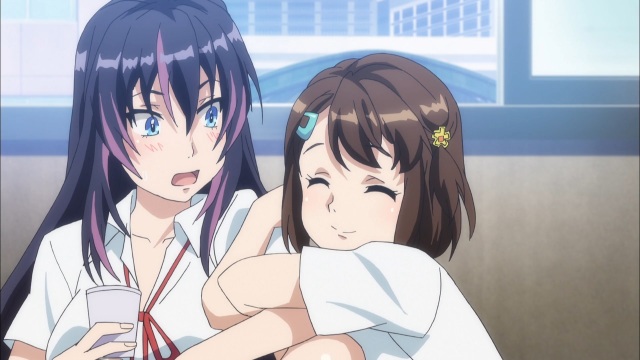 What a blast this show is. The jet racing is excellent, and when that’s not happening, we get a particularly strong focus on the relationship between Rin and Misa. Most certainly a contender for best anime this season.

We’re still pretty early on in My Hero Academia Season 4, so things have been relatively calm so far. Feels a lot like things are still being set up, though we did get a revelation from All Might recently regarding his future.

A series of cute shorts, but perhaps there is something underneath all that cuteness. The most recent episode seemed to drop a hint regarding that. I’m intrigued to see where that goes. No matter what happens, I can quite confidently say that Null & Peta has a lot of charm.

The Straw Hats are in Wano, and most of them have been reunited with Luffy by this point. We’re certainly heading towards some interesting events, but it might take a little while to get there in the first place.

The Cures are on the search for Twinkle Imagination, and only one out five has found it so far. I imagine that will be the focus leading right up to the finale, which isn’t all that far away considering.
Star ☆ Twinkle PreCure has been fun so far. Probably won’t end up as my favourite entry of PreCure, but still a good one. 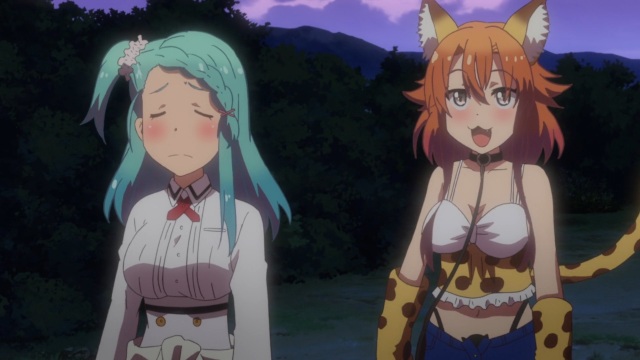 That wraps up everything I’m watching. Ask me to pick out a top three, and I would have to go with Kandagawa Jet Girls, Abilities Average and Chidori RSC. The autumn season has been a lot of fun so far, and that’s probably going to continue being the case right up until the end.

I enjoy writing, manga, anime and video games, so naturally here on my blog, you will find anime reviews, Nintendo news and other such things that I deem interesting.
View all posts by Rory →
This entry was posted in Uncategorized and tagged After School Dice Club, Aikatsu on Parade!, Autumn 2019 Anime, Azur Lane, Boruto: Naruto Next Generations, Chidori RSC, Didn't I Say to Make My Abilities Average in the Next Life?!, GRANBLUE FANTASY: The Animation Season 2, Kandagawa Jet Girls, My Hero Academia Season 4, Null & Peta, One Piece, Star ☆ Twinkle PreCure, Z/X: Code Reunion. Bookmark the permalink.