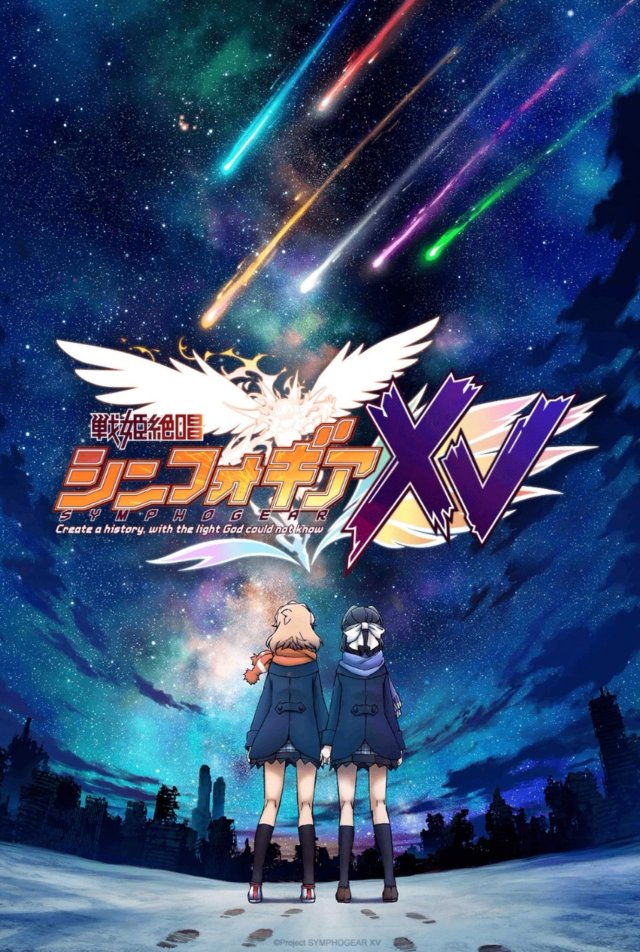 Symphogear XV is the fifth season of the Symphogear anime, which was produced by studio Satelight. The director for XV was Katsumi Ono, and the writer was Akifumi Kaneko. The music in the series is by Elements Garden.
Symphogear XV aired during the summer 2019 season of anime. All five seasons of Symphogear are available to watch on Crunchyroll.

Symphogear XV is effectively the culmination of seven years of the Symphogear anime, bringing along with it all the spectacle and hype that its fans have come to know it for. It contains plenty of shout outs to earlier seasons, and even reveals information that may just change the way that viewers will perceive earlier seasons of the show.

There is a lot to love in Symphogear XV, but let’s start with what may be one of the more contentious points: the antagonists. In particular, the three ladies that make up the group known as Noble Red.
As villains, they fulfil that role quite well; even carrying out diabolical acts that have not really been seen before in Symphogear. But, as with any other Symphogear villain, they have specific reasons for doing what they do.
The only beings that could ever be considered as pure evil in Symphogear are the Noise/Alca-Noise. 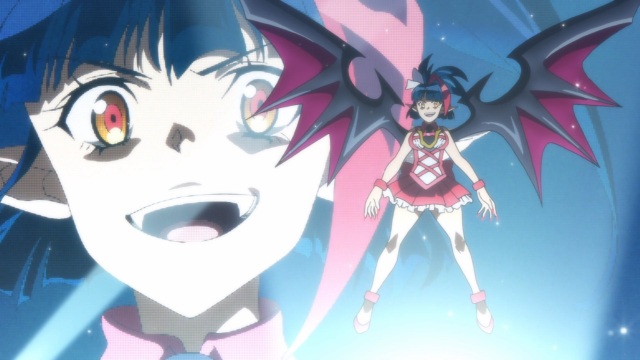 Noble Red paint themselves as monsters, though they have very specific reasons for doing so. The contentious thing here is whether Noble Red deserve sympathy or not. That’s totally up for the viewer to decide, though – but if you find yourself disgusted by Noble Red’s actions, then them playing the sympathy card may not invoke much of a reaction. 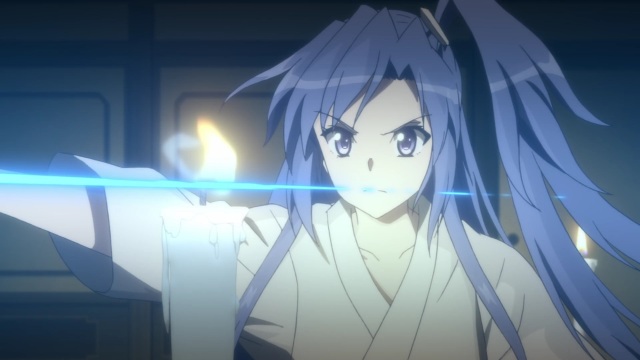 Another thing that viewers may find themselves with mixed feelings towards is Tsubasa’s character arc in this season. It also happens to be something that Noble Red has a hand in. What we get is effectively a reverse in Tsubasa’s characterisation.
On the plus side, though it does also lead to more interactions between Tsubasa and Maria.

Putting all the contentious points aside, Symphogear still continues to do what it does best and deliver some of the most hype action scenes in all of anime. This is largely helped by the accompanying songs, with each Symphogear wielder getting their own personal battle anthem. Of course, this has always been par for the course for Symphogear, and just like always, the soundtrack is absolutely stellar.
Something notable about the songs this time is that battles tend to fit the rhythm, with the voice actresses singing and incorporating fight noises at the same time. Perhaps not the most elegant way to put it, but that certainly adds to the immersion. 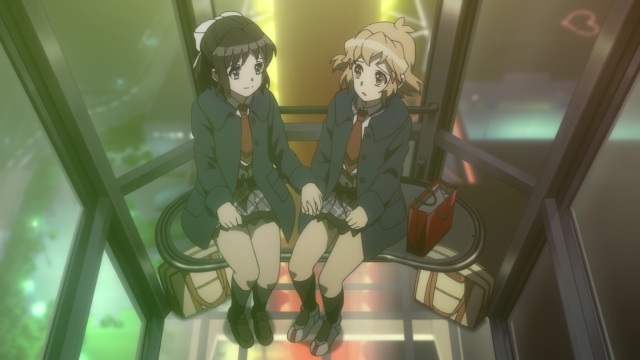 One of the key components of Symphogear has always been the relationship between Hibiki and Miku, and this season is no exception to that. Symphogear‘s most known scenes may be the ones that are pure spectacle, but it can do calmer scenes as well – the kind that focuses on the relationships between characters, especially HibiMiku. 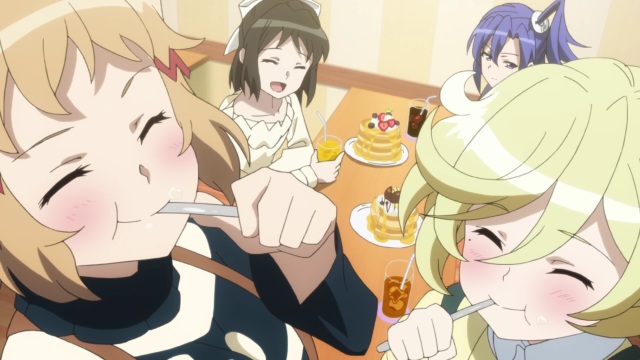 This season of Symphogear has more than its fair share of fanservice – whether it is on the sexy side or just presenting things that fans have been wanting to see, it delivers so much good stuff.
Symphogear fans might just be the most passionate type of fans out there, and the production team have clearly put in the the same amount of passion in creating this work.

Whilst there are differing opinions on Noble Red and Tsubasa’s character arc, it is so easy to get swept up in Symphogear XV‘s hype that it more than makes up for what some may perceive as weaker moments.
The show has come such a long way in seven years; every episode of XV is a visual spectacle regardless of what story is being told, and the show easily has the greatest soundtrack in anime.
None of this would be possible without the incredible cast: Aoi Yuki as Hibiki Tachibana, Nana Mizuki as Tsubasa Kazanari, Ayahi Takagaki as Chris Yukine, Yoko Hikasa as Maria Cadenzavna Eve, Yoshino Nanjo as Shirabe Tsukuyomi and Ai Kayano as Kirika Akatsuki. That doesn’t even cover all the characters who get songs, but revealing who does would be spoiling things.

Going back to Symphogear being a visual treat, this season has some of the best transformation sequences in any anime. They are all incredible to watch, with a special mention going to Kirika’s in particular.

Symphogear is and always has been pure spectacle, but at the same time it does manage to find a spare moment or two to delve into lore. Symphogear XV‘s lore in particular delves into the ancient past and even changes the perspective on something that has been around since the very first season.

Score: 10/10
Symphogear XV is an utterly fantastic conclusion to the anime. Much like any other anime it is not without flaws, but none of them matter in the face of the incredible experience the show delivers.

I enjoy writing, manga, anime and video games, so naturally here on my blog, you will find anime reviews, Nintendo news and other such things that I deem interesting.
View all posts by Rory →
This entry was posted in Rory's Reviews and tagged Action, Music, Rory's Reviews, Sci-Fi, Summer 2019 Anime, Symphogear XV, yuri. Bookmark the permalink.