Here we are at last. The GRANBELM contenders have been steadily whittled away, and we now arrive at the final battle. Everything that has happened so far has led up to this; let’s see how things go for the remaining contenders.

Shingetsu and Mangetus taking in the scenery

In this episode, the final round of GRANBELM begins: Mangetsu and Shingetsu vs. Suishou. 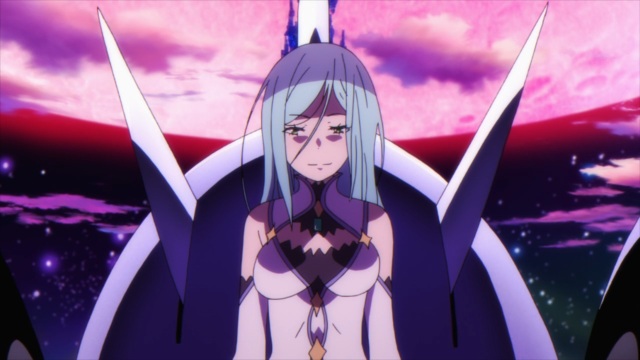 This is going to be a really brief review of episode 12, because it is quite simply that one needs to witness for themselves. All I have to say is that it is incredibly intense, and very much worth being called the final battle.

Another reason that I don’t have a whole lot to say about this episode is that words will not do it justice. We’ve seen some incredible GRANBELM battles before now, but this one goes above and beyond everything that has come before.

It’s rare that a show is able to reach Symphogear levels of hype, but GRANBELM has managed to do it with this episode. It’s just so good!
Also, a quick shout out to Nene being the best supporting character, even if she isn’t directly involved in this episode.

This episode has left me in awe. It was such an incredible episode. That’s my review of it; and next week, I shall be reviewing the entire show. GRANBELM has been a show that I have consistently enjoyed watching each week, so I am excited to share my overall thoughts on it.

I enjoy writing, manga, anime and video games, so naturally here on my blog, you will find anime reviews, Nintendo news and other such things that I deem interesting.
View all posts by Rory →
This entry was posted in Episodic and tagged Episode 12, Episodic, Granbelm, Mangetsu Kohinata, Shingetsu Ernesta Fukami, Summer 2019 Anime. Bookmark the permalink.