With the number of mages participating in GRANBELM steadily dwindling, Suishou is next to make her move. 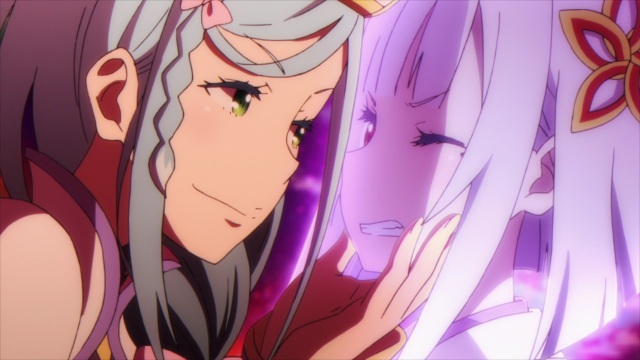 Suishou gets up close and personal with Kuon

In this episode of GRANBELM, we are shown what fate befell Anna after the previous battle. Also, Suishou plays mind games. 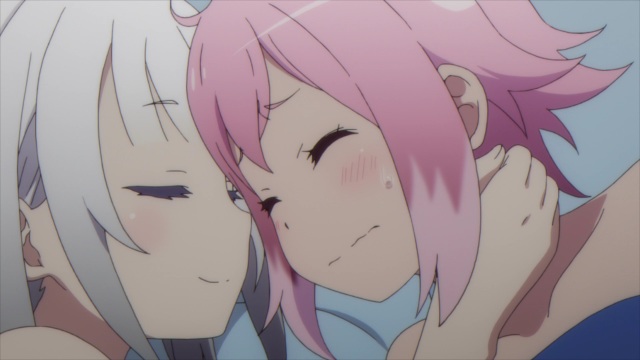 Kuon and Mangetsu wake up in the same bed

We’re eight episodes in, and we are only just learning that you really need to concentrate when returning from Magiaconatus – or you could end up in an awkward position when you return, as Mangetsu and Kuon discover. 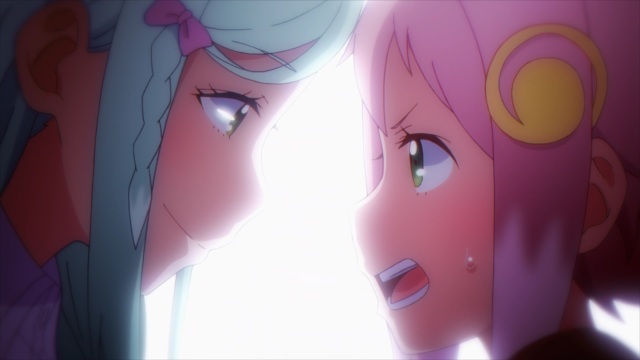 Lots of invasion of personal space in this episode

Suishou knows that she’ll be fighting at a disadvantage in the next round of GRANBELM, so she shows up at Mangetsu’s school and attempts to get into her head. Seems like Mangetsu has the mental fortitude to not be affected. Mangetsu isn’t Suishou’s only target, though. 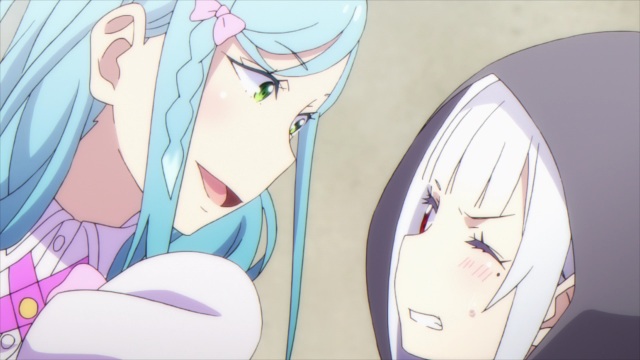 The circumstances between Kuon and Suishou become clearer in this episode. Kuon’s sister Shisui is still very much under a curse, and we get an insight into how that came about. 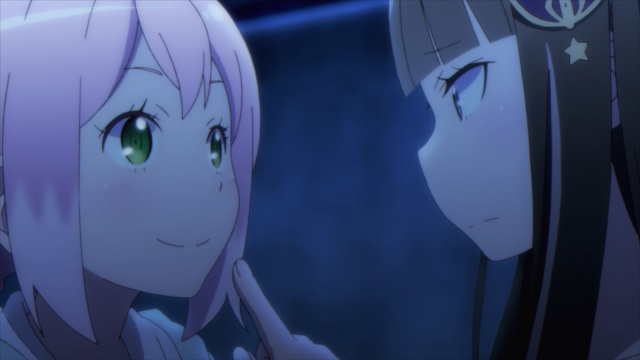 One recurring part of GRANBELM are the conversations between Mangetsu and Shingetsu. Their bonds grow in each episode, and it is probably safe to say that they need each other. After what happened with Anna, Shingetsu certainly needs the support. 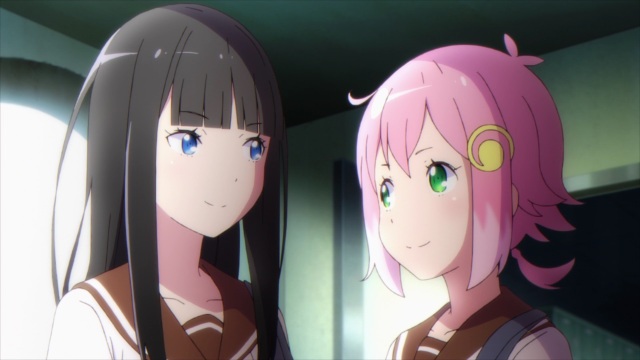 Mangetsu, Shingetsu and Suishou all had their moments to shine in this episode, but there is one other character worth mentioning as well. 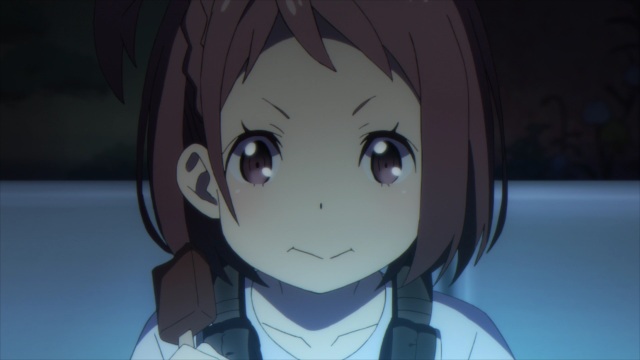 Nene starts doing some research after the recent GRANBELM battle, and she stumbles upon something. Looks like she is heading toward some big revelation, and it seems to concern the Kohinata family.

A pretty good episode. Suishou is more actively involved, and she is quite the sinister character. This is all pretty much set up for the next episode, though. Judging by the preview, we are in for quite the spectacle during the next episode.

I enjoy writing, manga, anime and video games, so naturally here on my blog, you will find anime reviews, Nintendo news and other such things that I deem interesting.
View all posts by Rory →
This entry was posted in Episodic and tagged Episode 8, Episodic, Granbelm, Mangetsu Kohinata, Shingetsu Ernesta Fukami, Summer 2019 Anime. Bookmark the permalink.

2 Responses to GRANBELM Episode 8: Nothing