It is summer, which means it is the perfect time to hold festivals. That is exactly what is going on in the twenty-fifth episode of Star ☆ Twinkle PreCure.
As a side note, I thought the opening would have been updated to reflect Cure Cosmo’s addition to the team by this point. It hasn’t, at least not yet.

In this episode, the members of PreCure go to a festival, even making sure to dress up for the occasion. Yuni doesn’t seem quite as keen on the festivities as everyone else, though. 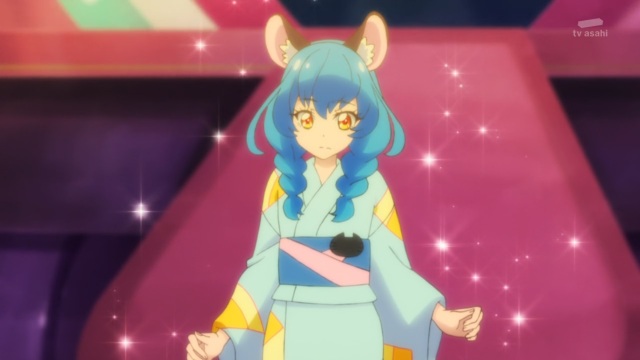 I will get around to how the girls spend their time at the festival, but I figure it is fair to mention that Elena and Madoka each draw quite the crowd of admirers – we’re not quite at Yukari and Akira fangirl levels here, but it seems to be heading that way. Elena and Madoka aren’t the only ones drawing attention, though; people are quite interested in finding out more about Yuni.

As for the festival itself, it is your pretty typical Japanese festival. Here’s a few screenshots of the girls participating in various activities:

So yeah, some pretty standard festival stuff in this episode, though there are some amusing twists scattered throughout; Madoka in particular is very impressive. 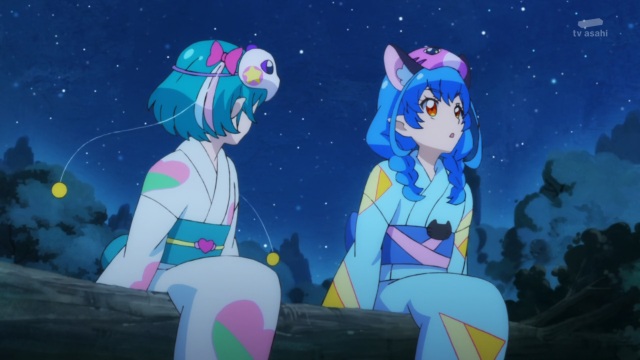 Lala has a chat with Yuni

One particularly good scene from this episode is simply Lala and Yuni talking to each other. Yuni’s convinced that she has to save the planet Rainbow on her own. Lala has been in Yuni’s place before, so she pretty much tells her that she doesn’t need to go it alone. 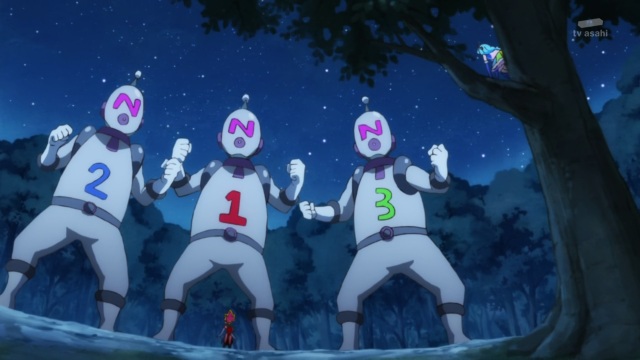 Three monsters of the week this time around

Our weekly battle comes courtesy of Tenjou, and gives Cure Cosmo three enemies to worry about. Through this battle, Cosmo is able to come to realise the value of friendship.

Cure Cosmo also has an attack she is able to use when she doesn’t have access to a Star Colour Pen: Cosmo Shining. It’s not a finishing move; that duty falls to Cure Star and the others this time around.

Enjoying the fireworks together

I really liked this episode. When it comes to Yuni, I certainly have no complaints about her getting more screentime; even better if she gets some kind of meaningful interaction with another member of the cast, like she did with Lala here.

Here’s hoping that we get plenty more interactions between Lala and Yuni in the future, particularly as both are not from Earth. Lala’s speech about the universe expanding was really quite sweet. Good episode.