The time has finally come: my most anticipated show of the summer season has arrived. The fifth season of Symphogear – called Symphogear XV – opens in true Symphogear style by turning things up to eleven right from the get-go. 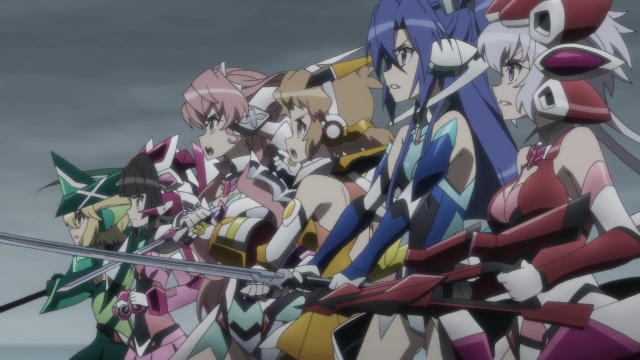 In this first episode, S.O.N.G. goes on an investigation in Antarctica, where the Symphogear Wielders end up having to fight a coffin. It is what is inside the coffin that is of particular interest. 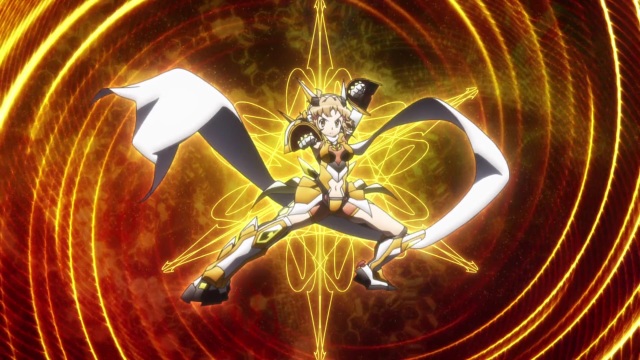 After a scene in which it is established that the moon will play an important role in this season – much like it did back in the first – we jump right into the action. Hibiki is the first to show off her new transformation and song, but she is accompanied by the other Symphogear wielders in battle.
As I have come to expect of Symphogear, the action scenes are some of the best you’ll find in anime. All the attacks carry an impact, and the soundtrack only serves to make things even better.
Kirika & Shirabe get a pretty great moment together during the action. Hibiki and Maria also have a joint attack. Tsubasa and Chris do have their moments as well.
Not all of the episode is pure action, though. We get a small break to take care of one of the most important aspects of Symphogear: HibiMiku. 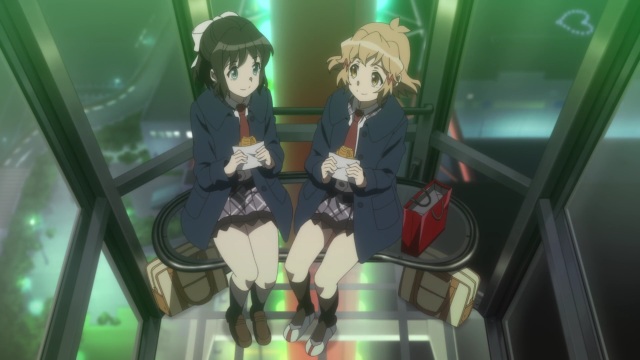 The most notable thing about the HibiMiku date in this episode is Miku asking if Hibiki would come to save her if she was in trouble. Of course, that’s exactly what Hibiki would do. However, Miku then asks what about if she was causing trouble for someone.
Could that be foreshadowing something we will be seeing later on in Symphogear XV? Or perhaps Miku will end up being the one doing the rescuing. There’s definitely been speculation about Miku after the end of AXZ…

The two watching the Wielders report to this woman

With a new season of Symphogear comes new characters. Watching the Wielders fight are Millaarc and Elsa, whilst their leader is Vanessa. Fun fact about Millaarc: she is voiced by Aimi, who you may know better as Kasumi Toyama from BanG Dream!.
Though they worked under Adam, all we really learn about these characters is that their goal is different from his.

Its back to the action once more for the last part of the episode, and it manages to get even better. We get all six Wielders singing this time around, and Elfnein is able to contribute to the fight with alchemy as well.

As ever, Symphogear is one heck of an adrenaline rush. Excellent action, incredible soundtrack, and HibiMiku stuff as well. Easily the best premiere of the summer season.

Symphogear is quite simply my all-time favourite anime, and this first episode of its fifth season absolutely delivers everything that I could hope for.