Time to take a look back at the spring season of anime, and celebrate all the things I enjoyed about it.
Here’s a list of everything I watched during this season:

Keeping in mind that there may be potential spoilers for any of the shows listed above, lets jump right into my Spring 2019 Anime Awards.

There is a lot of great music in Carole & Tuesday, and the opening theme is no exception.
Runners-up: “Exceed” by Miyuu (Fairy Tail Final Season); “Seijaku no Apostle” by JAM Project (One Punch Man Season 2)

From week to week, the show that had me most interested with its story was Aikatsu Friends! Shining Jewel, as Hibiki worked to reunite with her Alicia. Alicia had closed her heart of to Aikatsu, so Hibiki enlists the help of Pure Palette.
Runners-up: Working towards a debut (Carole & Tuesday); What it means to be a hero (One Punch Man Season 2) 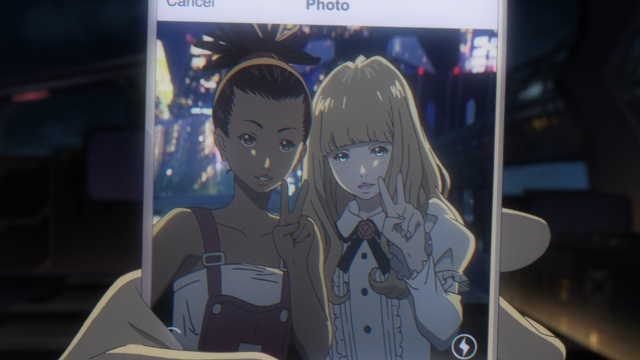 All right, I’m technically cheating for this one. Carole & Tuesday are both the protagonists of Carole & Tuesday (funny that), and they are both great characters in their own right. You can’t split them up, so I guess they both get this award.
Runners-up: Dancho (Million Arthur Season 2); Bocchi Hitori (Hitoribocchi no Marumaruseikatsu)

From One Punch Man Season 2, Garo earns the moniker of hero hunter. When he was younger, all his friends would celebrate heroes defeating monsters. Garo, however, sympathised with the monsters. Now he actively hunts heroes, and calls himself a monster. He is strong enough to go toe to toe with certain rank S heroes, so he presents a major threat to the Hero Association.
Runners-up: Diavolo (JoJo’s Bizarre Adventure: Golden Wind); Irene Belserion (Fairy Tail Final Season)

Since I watch shows that tend to have a lot female characters, I’ve always got plenty of choice for this award. However, introduce a cat girl, and all bets are almost always off. Star ☆ Twinkle PreCure introduced Blue Cat (just one of many aliases), who is on a mission to save her home planet of rainbow. An encounter with PreCure eventually leads to her becoming one herself, providing more power for her to achieve her objective.
Runners-up: Sotoka Rakita (Hitoribocchi no Marumaruseikatsu); Hibiki Tenshou (Aikatsu Friends! Shining Jewel)

Yeah, yeah, Saitama can defeat any foe in one punch. However, if you think that is all there is to him, you’re wrong. He wants to find a challenge, whilst working out what exactly being the ‘ultimate hero’ means; not the ‘strongest’. Heroes should do more than simply defeating monsters, after all.
Runners-up: Giorno Giovanna (JoJo’s Bizarre Adventure: Golden Wind); Armin Arlert (Attack on Titan Season 3 Part 2)

In Hitoribocchi no Marumaruseikatsu, Bocchi aims to befriend everyone in her entire class. It’s a slow process, but the first few friends she does make all bring really fun quirky personalities into the mix, and have great interactions together.
Runners-up: Carole, Tuesday and other musicians (Carole & Tuesday); Strike Witches (Strike Witches: 501st JOINT FIGHTER WING, Take Off!) 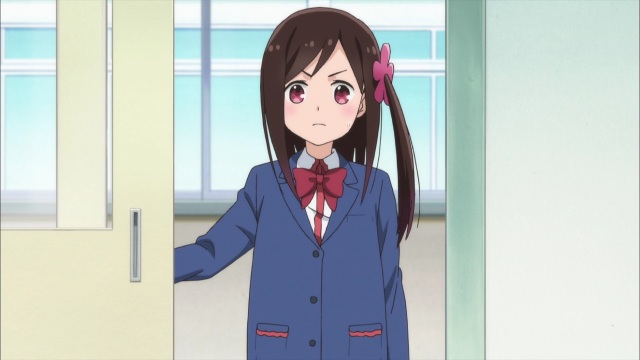 A shy lass, Bocchi tries her best. I just want to cheer for her as she does what she can to befriend everyone in her class.
Runners-up: Renkin (Million Arthur Season 2); Akane Ukita (Cinderella Nine)

A lot of the characters in Attack on Titan certainly qualify for this award, but Levi’s showing against the Beast Titan is what puts him at the forefront.
Runners-up: Genos (One Punch Man Season 2); Erza Scarlet (Fairy Tail Final Season) 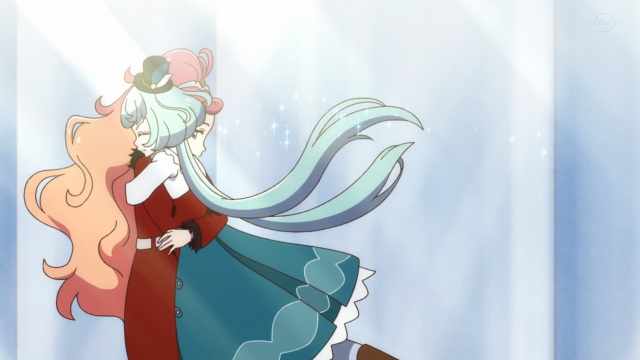 The first part of Aikatsu Friends! Shining Jewel has pretty much all been about Hibiki getting back together Alicia, and it has been fantastic. Those two are made for each other, though Alicia did need a little help to realise that once more.
Runners-up: Carole & Tuesday (Carole & Tuesday); Dancho & Nuckelavee (Million Arthur Season 2) 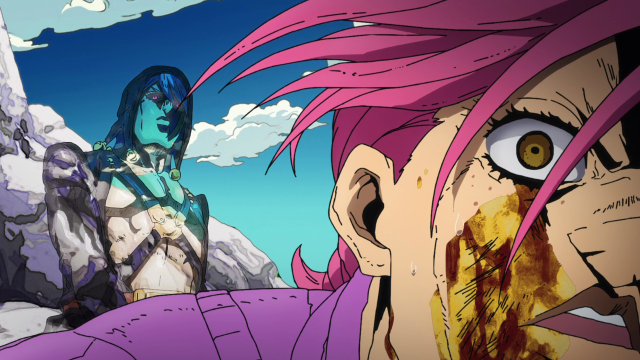 There are many great Stand battles in JoJo’s Bizarre Adventure: Golden Wind, and one that particularly stands out is King Crimson vs. Metallica. Doppio goes up against Risotto, an assassin who is able manipulate iron with magnetism. This includes the iron in blood.
Runners-up: Garo vs. Class A Heroes (One Punch Man Season 2); Erza Scarlet & Wendy Marvell vs. Irene Belserion (Fairy Tail Final Season)

Of course the show that is all about music has a fantastic soundtrack to back it up. Whilst Carole & Tuesday have some great songs, it is also very much worth mentioning the other artists that perform as well – there are some very unexpected tunes in there.
Runners-up: Aikatsu Friends! Shining Jewel; Star ☆ Twinkle PreCure

Best Finale
The Other Side of the WallAtt

Technically, Attack on Titan isn’t quite over yet, but its third season has concluded. Said season provided plenty of answers to burning questions that arose from prior seasons, and ends with Eren and Armin getting to fulfil a dream of theirs.
Runners-up: A meal with friends (Hitoribocchi no Marumaruseikatsu); Everyone Fairy Combines (Million Arthur Season 2)

Both the opening and ending themes for Carole & Tuesday are great songs, so it makes sense it would win both awards. Out of the two songs, I personally prefer the ending theme a bit more.
Runners-up: “Be Star” by Hibiki Tenshou (Aikatsu Friends! Shining Jewel); “Ride or Die” by Sky Peace (BORUTO: NARUTO NEXT GENERATIONS)

That wraps up the spring season for me (well, aside from some loose ends). It was a fairly enjoyable season.

See you all again at the end of summer for the Symphogear – ahem, I mean Summer Anime Awards.

I enjoy writing, manga, anime and video games, so naturally here on my blog, you will find anime reviews, Nintendo news and other such things that I deem interesting.
View all posts by Rory →
This entry was posted in Uncategorized. Bookmark the permalink.