On Saturday, I ventured into London for the MCM Comic Con, and I’ll be sharing a little bit about my time there – mostly the items I picked up, but there are a couple of other things worth mentioning as well. I’ll just dive straight in.

First, I stopped by NISA Europe and picked up the Atelier Lulua Limited Edition. I won’t go into detail about its contents here, as I am planning an unboxing post for it and a couple of other items. I will add that I picked up the Nintendo Switch version.

I always pick up manga whenever I go to MCM, and this time is no exception. I got volumes 1 to 3 of Konohana Kitan, volume 3 of Yuri Is My Job! and volume 6 of Laid-Back Camp. 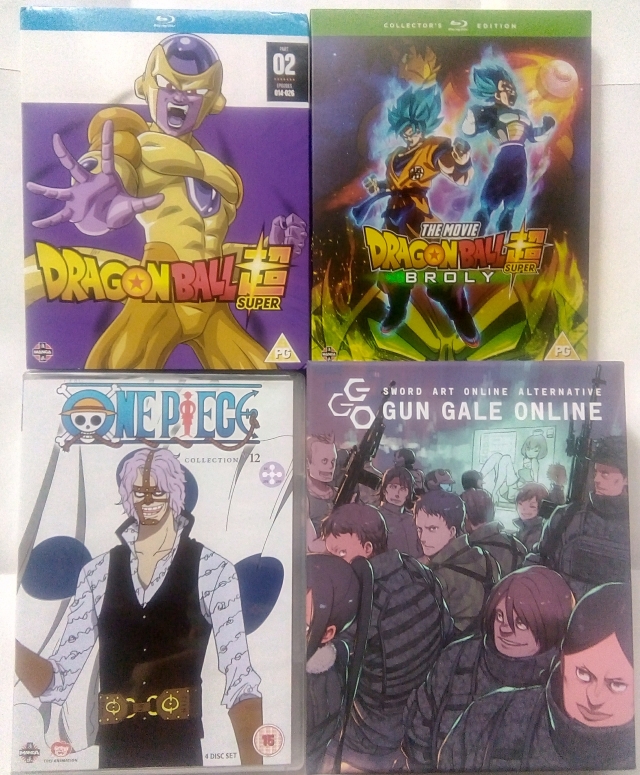 Moving swiftly on, I also got my hands on some free posters.

The Dragon Ball Super: Broly I received because I bought the film, whilst the Cells at Work! and Attack on Titan posters I got because I am a premium subscriber on Crunchyroll.

Every Comic Con, I stop by TokyoToys in order to pick up some Pocky. This time around was no exception. I’ve never tried the blueberry flavour Pocky before, so I’m looking forward to trying that. Other than that, there’s the typical selection of Pocky and Hello Panda biscuits. 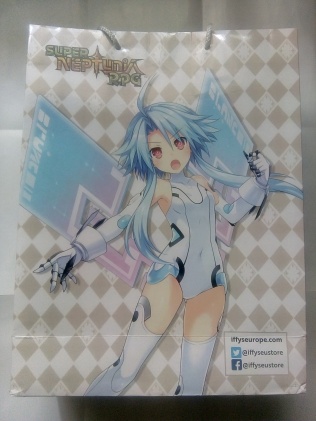 Stopping by Iffy’s European Online Store (which was physically there, of course), I picked up a Lowee Goddess Bag Bundle from them. 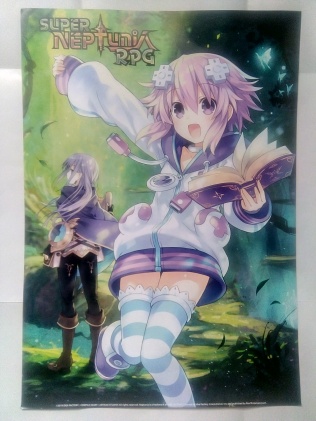 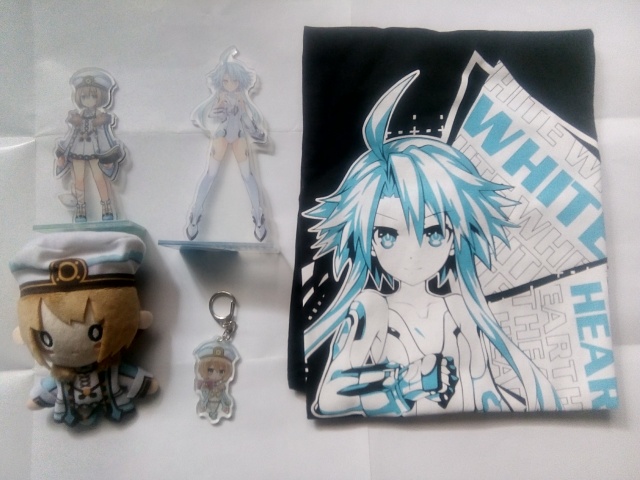 There was also Blanc and White Heart acrylic stands, Blanc keyrings (one plush, one not) and a White Heart t-shirt.

One of the panels I went and saw was the Anime Guest of Honour Panel, which featured Yuichiro Hayashi. He held a signing event afterwards, so I was able to get a Kakegurui print I bought signed by the man himself. 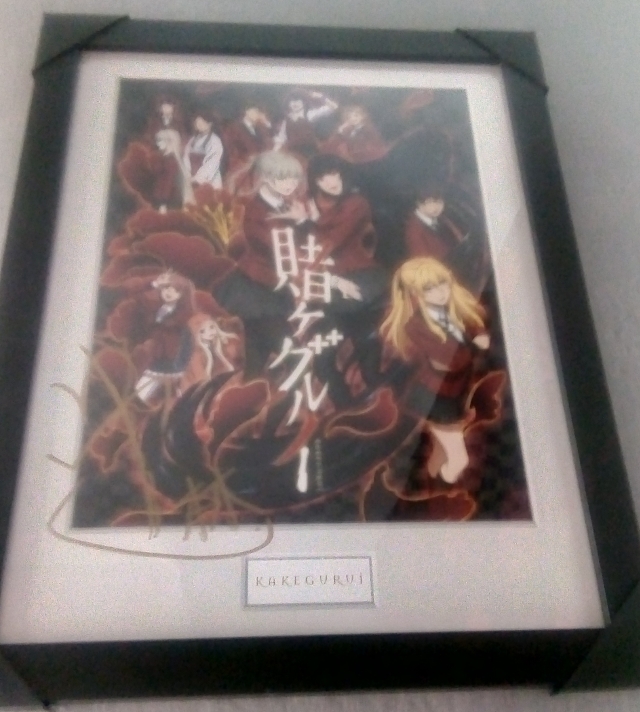 Above is framed print, signed by Yuichiro Hayashi. It was tough to get a decent shot of it, because it is quite reflective, so you’ll just have to settle with a not so good shot of it. 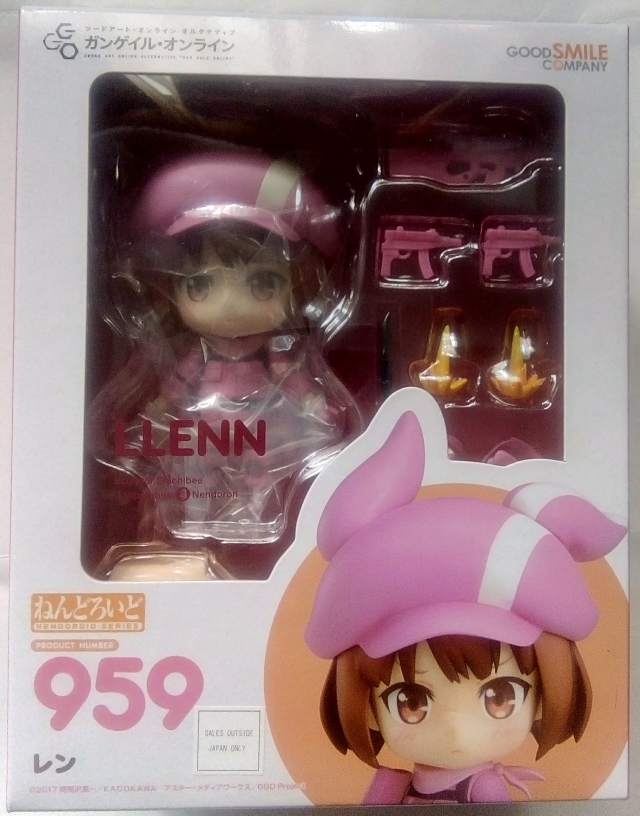 Finally, I teased that I picked up a new Nendoroid on Twitter. As you can see, I got the Pink Devil herself, LLENN from Sword Art Online Alternative: Gun Gale Online. I tell you what, putting her into different poses with her guns was a fiddly process: I kept knocking her scarf off, for one. 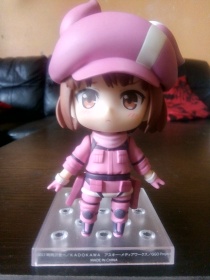 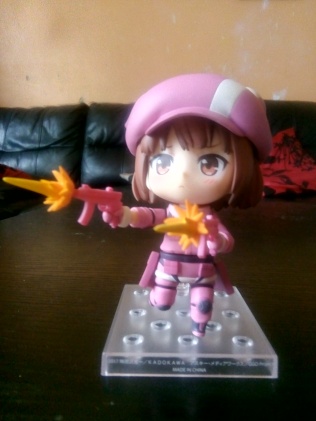 Still, I managed to get a few different poses, so here LLENN is in all her glory.

Going back a bit, Yuichiro Hayashi’s panel was a really interesting peek into the production process of Kakegurui, allowing us to see how the show went from storyboard to the screen.
Another panel I went to was the PQube x Arc System Works panel. I think the most important thing I took away from that was that Arc System Works would love to make a fighting game with a certain character with round black ears and red shorts, should they be given all the power in the world.
Minoru Kidooka, Mori Toshimichi, Takeshi Yamanaka and Zack Tan were a fun bunch – particularly Mori Toshimichi.

Well, that more or less covers everything I wanted to mention from Comic Con, so I shall wrap things up now. The question is, what now?
I’ve got plenty of options available to me, and another day booked off of work as well. I’ll make sure to enjoy it as best I can, methinks.