For May, I shall be featuring a game from a company that is most well known for a franchise of monster collecting RPGs. However, it is not a monster collecting RPG I shall be focusing on here, but something from a different genre.
Before I get to that, though, I’ll start with an honourable mention. I only have one for this month, and it is for Guilty Gear. That franchise is twenty years old. It gets an honourable mention here, as I will very likely have a post focusing on it in the near future. 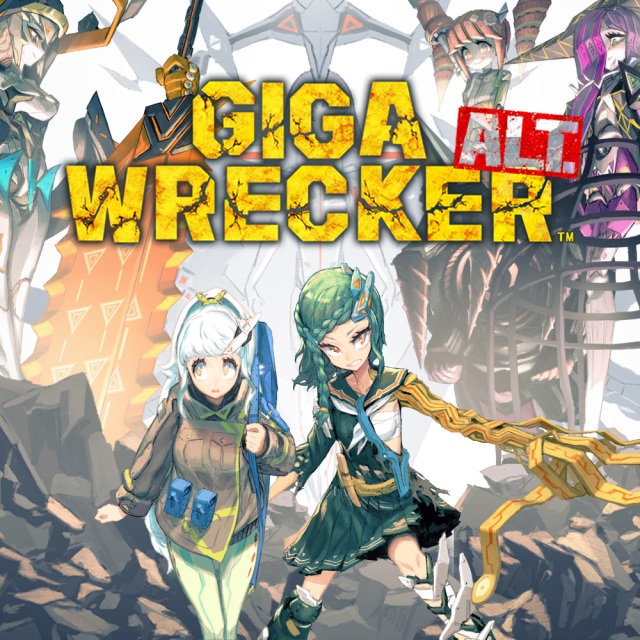 GIGA WRECKER Alt. is my game of the month for May 2019. It was developed by Game Freak, the same people behind the Pokémon games. GIGA WRECKER Alt. is a far cry from collecting monsters and making them battle, though.
You take control of Reika Rekkeiji, a girl who is given cybernetic powers after a certain incident at the beginning of the game. By destroying robot enemies and certain terrain, Reika is able to manipulate the resulting debris into various weapons and tools. The abilities she gains including creating blocks and using a sword, as well as a couple of others.
These abilities are all used to solve physics-based puzzles. Reika also has enemies to fight, including powerful bosses. She won’t let anything stand in her way of preventing humankind’s extinction at the hands of robots.

GIGA WRECKER Alt. is pretty much a Metroidvania style game. The places you can go are limited at first, but as Reika earns more abilities the place really starts to open up. She can also earn skill points, which are used to unlock abilities on her skill tree – things like increasing health, or increasing the range of your attacks.
Scattered throughout the game are also blueprints, which change the way your weapons look. It’s purely an aesthetic thing, but it is a nice little reward for taking the time to explore off the beaten path.

Mentioning Game Freak will almost always bring to mind Pokémon, but games like GIGA WRECKER Alt. prove that they are capable of more than just monster collecting RPGs. It is partly Metroidvania, but when it comes down to it, GIGA WRECKER Alt. is pretty much all about solving one physics puzzle and moving on to the next one – with the occasional boss to spice things up.
GIGA WRECKER Alt. gives you a hint system in the form of robot companion Dolma. For most puzzles, you have the option to have Dolma give you a hint on how to solve them. This is either Dolma showing which abilities to use where, or showing you a picture of the solved puzzle. In the case of the latter, you have to try and work out how to get the puzzle to that point. Dolma’s hints are totally optional, though.
Solving the puzzles is a fun experience, and very satisfying when you manage to pull it off. Definitely a very enjoyable game.

I enjoy writing, manga, anime and video games, so naturally here on my blog, you will find anime reviews, Nintendo news and other such things that I deem interesting.
View all posts by Rory →
This entry was posted in Games of the Month and tagged Arc System Works, eShop, Game Freak, Game of the Month, GIGA WRECKER Alt., Guilty Gear, Guily Gear Accent Core Plus R, May 2019, Nintendo, Nintendo eShop, Nintendo Switch, Rising Star Games. Bookmark the permalink.