A new season of anime has started, so I guess it is about that time for me to share my first impressions of each show that I have chosen to watch. I’ll go through each show in roughly the order I started watching them.Hitoribocchi no Marumaruseikatsu

Hitoribocchi no Marumaruseikatsu was quite a fun way to kick off the spring season of anime. Bocchi’s crippling social anxiety definitely earns her some sympathy, but it does lead to some brilliantly funny moments. I strongly suspect that this show will end up being a favourite of mine for this season.

Joshi Kausei’s episodes may only be around three and a half minutes each, but its first one definitely got some laughs out of me. Also, Momoko has some nice thighs.

Seems like a pretty typical girls’ club anime, this time with the focus being on baseball. I’m not particularly into baseball myself, but this first episode was all right. The student council even opposes the baseball association, so that immediately brings to mind Love Live!. Its characters are cute, and maybe I’ll end up learning a thing or two about baseball by the end of the season. 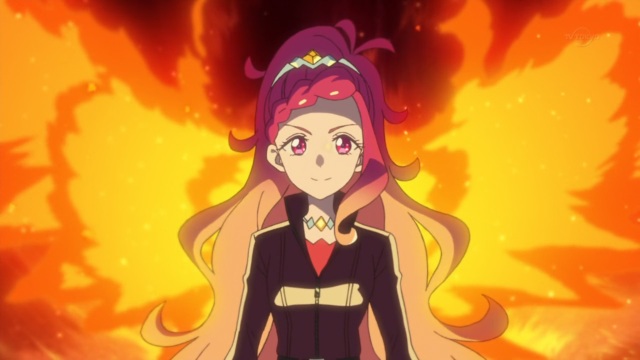 The second season of Aikatsu Friends! is off to quite the promising start with the introduction of Hibiki Tenshou. She pretty much stole the show in the first episode. Though saying that, it was a pleasure seeing Pure Palette, Honey Cat and Reflect Moon all attending the same high school now. I am very much looking forward to what the rest of Aikatsu Friends!: Shining Jewel has in store for us.

I expected Strike Witches: 501st JOINT FIGHTER WING Take Off! to be one of those shorts that only lasted a few minutes; instead, it is around 15 minutes per episode. It was all right; not the best short-form comedy spin off I have seen, and I’m not too keen on its art style. Said style is almost certainly on purpose, considering the tone of the show.

The second season of One Punch Man looks all right, at least for the moment. It’s never going to live up to the animation of the first season, but as long as it conveys its story, that’s all I hope for. This first episode introduced us to King, an S rank hero who seems to be very unfortunate…

The start of Kiratto Pri☆Chan‘s second season was decent enough, with it establishing a new goal for Miracle Kiratts to strive towards. Also introduced a few new characters who seem fun, but ultimately what I’m most looking forward to in this second season is the return of Meltic StAr and more from Anju and Aira.

Regardless of how Carole & Tuesday ends up going in the end, I will say that its first episode was a pretty good one. It introduced us to our two leads, and it wasn’t long before they met each other. We also had introductions to other characters who will presumably have important roles to play in this story.
The music they played together was some pretty good stuff, and apparently they are on their way to creating a miracle. I very much look forward to following Carole and Tuesday’s journey.

That covers all the new shows I’ve decided to watch this season. It feels like slim pickings compared to previous seasons, but maybe this will be a case of quantity over quality. As things stand, Hitoribocchi no Marumaruseikatsu, Carole & Tuesday and Aikatsu Friends! Shining Jewel are the shows that had the premiers I enjoyed most.

I do intend on watching the second part of Attack on Titan‘s 3rd season as well, but that doesn’t start until towards the end of April.