MYSTERIA Friends, also known as Manaria Friends, is a ten episode anime adaptation of the in-game “Mysteria Academy” event from the Rage of Bahamut social game. It is also worth noting that this series is not related to the original Rage of Bahamut anime. Originally scheduled to air during April 2016, the anime ended up being postponed until the winter season of 2019.
The director of MYSTERIA Friends is Hideki Okamoto, and the writer is Satoko Sekine. The studio that produced it in the end was CygamesPictures. The show is available to watch on Crunchyroll. 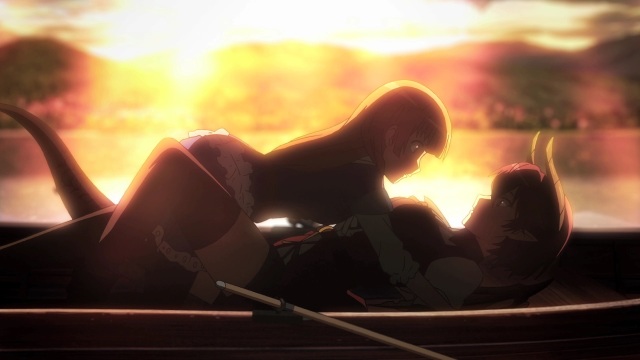 Each episode of MYSTERIA Friends is on the shorter side, clocking in at around fifteen minutes. However, the show tends to use its time very well; very much helped by focusing on two characters.
That isn’t to say other students (and a teacher) at Mysteria Academy don’t get a look in. They get to have their moments here and there. 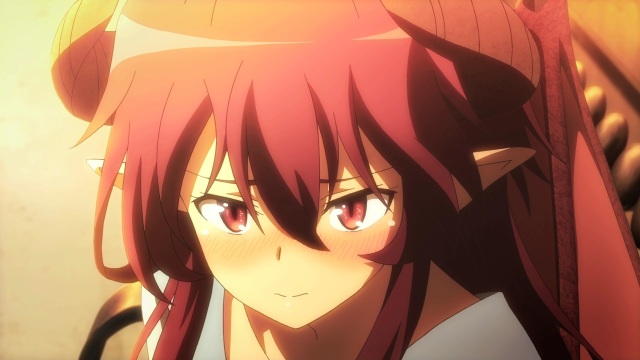 There’s a fairly decent sense of humour present here, too. Grea tends to be more on the reserved side, with Anne being a bit more flirtatious. Whether Anne is playfully teasing Grea, or Grea is teaching Anne to swim, the interactions between the two characters are always sweet.
These two girls don’t need to openly say that they love each other, or require physical displays of affection. Just from the way they interact with each other, it is very obvious that Anne and Grea have a great deal of love for each other.
On top of that, an important part of the anime’s soundtrack is a certain piano piece. Said song also helps to communicate the affection between the two girls.

Moving on to other things, there is one character who is almost always present around Anne. That is Owen, a loyal knight and protector of the princess. He’s an inoffensive character, but I feel like all the events that happen in MYSTERIA Friends could proceed as normal even without him present. Owen seems to fully support Anne’s relationship with Grea, but him being ever present can come off as a bit odd. Even when Anne and Grea think they’re alone, he’s lurking there in the background.
I know he’s performing his duty, but Grea also very much demonstrates that she is more than capable of protecting Anne herself.
When it comes to Owen, though, he basically has no impact on what MYSTERIA Friends wants to show us: the relationship between two princesses.

Another thing that comes off as a little disappointing is certain events being teased, and then those just not coming to pass. Annoyingly, one particularly event is even built up somewhat. It’s just going to have to be left to the imagination of the viewers what happens when said event comes to pass.

Overall, though, MYSTERIA Friends is very much a yuri anime worth checking out. It may have some elements that go nowhere, but Anne and Grea’s relationship is definitely something that any who is a fan of yuri should experience at least once.

Score: 9/10
MYSTERIA Friends is an absolutely wonderful slice of life series focusing on the relationship of Anne and Grea. The pair have excellent chemistry together, and there are more than a few beautiful moments for the pair throughout the ten episodes.

I enjoy writing, manga, anime and video games, so naturally here on my blog, you will find anime reviews, Nintendo news and other such things that I deem interesting.
View all posts by Rory →
This entry was posted in Rory's Reviews and tagged Manaria Friends, MYSTERIA Friends, Rory's Reviews, slice-of-life, Winter 2019 Anime, yuri. Bookmark the permalink.