Star ☆ Twinkle PreCure gave us Cure Selene’s introduction, and now Aikatsu Friends!‘s 46th episode focuses on Reflect Moon. It has been a good couple of days for fans of lunar characters. Actually, in this episode, Sakuya and Kaguya decide that they want to double down on their idols from the moon backstory. 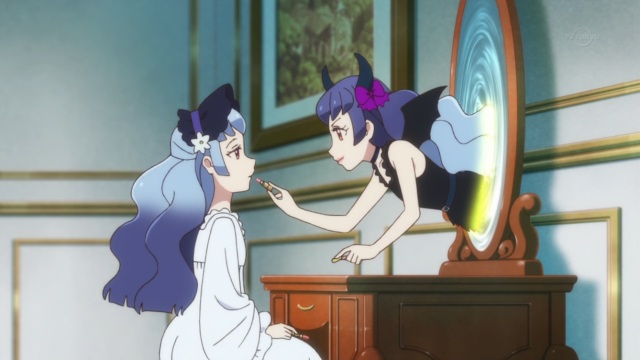 We begin with a lipstick advert, starring Reflect Moon. We also meet a pair of young twins who are absolutely enamoured with Reflect Moon, but I’ll talk a little about them a bit later on. 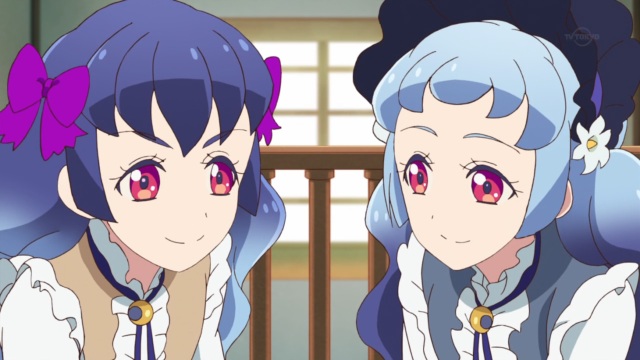 After witnessing Pure Palette and Love Me Tear at the Diamond Friends Cup, Reflect Moon want to ramp up their Aikatsu activities. Their manager has something prepared for them: a live event. Sakuya will design their dresses, whilst Kaguya will pen the lyrics for a new song. Kaguya even has a theme: “Welcome to the moon!”. 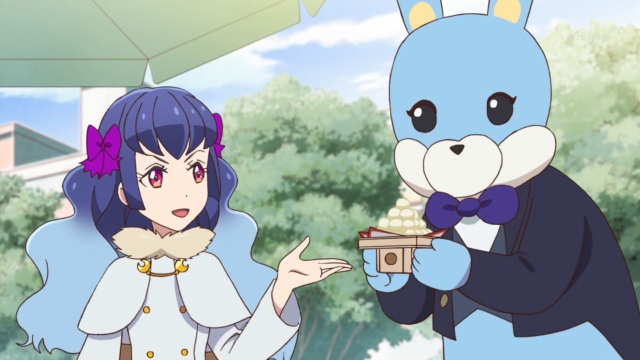 With a little help from their manager, Reflect Moon start doubling down on their backstory. Well, Kaguya does, at least. Sakuya doesn’t seem to be as into it, though. There’s also the small matter of preparing for their upcoming show. 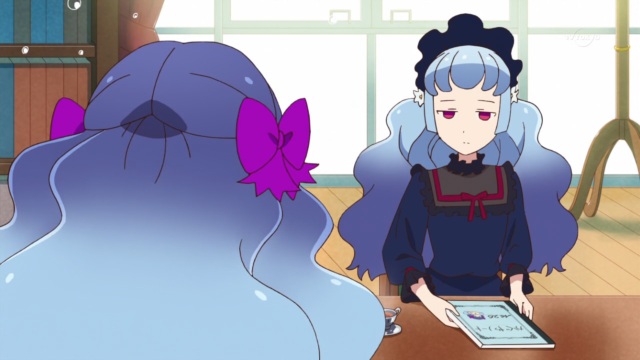 Sakuya doesn’t seem all that impressed by Kaguya’s lyrics

Sakuya has designed the dresses for the show, though she can’t help but think that something is missing from them. As for Kaguya’s lyrics… well, Sakuya’s reaction as seen in the screenshot above should give you an idea of what they are like.
Also, their manager has Coco read out some comments that people are making about Reflect Moon online – they are calling them comedians. It’s not good. 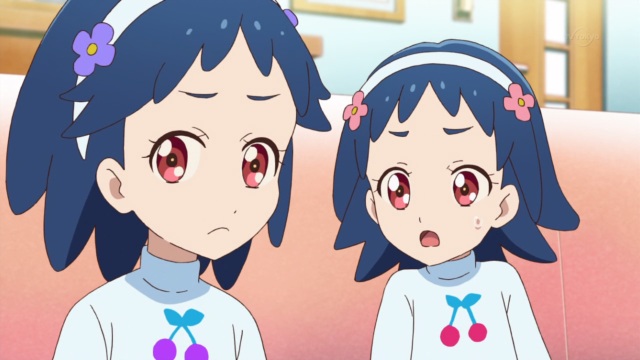 Going back to those twins I mentioned earlier, their names are Michi and Mika. They are both fans of Reflect Moon; or at least Michi was. With their strange behaviour lately, Michi can no longer bring herself to like Reflect Moon. Because of that, Mika tracked Reflect Moon down and asked them to take her to the moon. 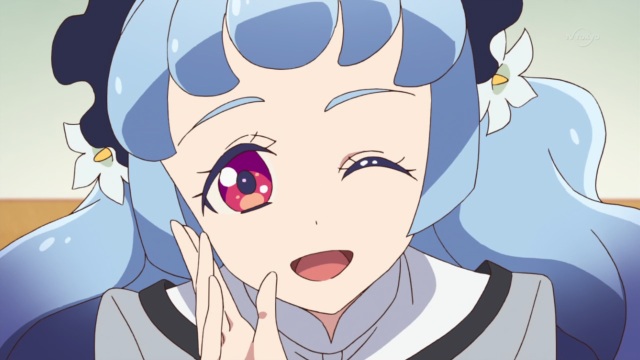 Sakuya reveals a secret: she and Kaguya are princesses of the moon

Kaguya doesn’t seem to know how to approach Mika’s request, but Sakuya handles the situation perfectly. That’s probably because she can see a young Kaguya in Mika. She reveals to Mika that she and Kaguya are moon princesses, but will only be able to return to the moon once enough people believe in them. 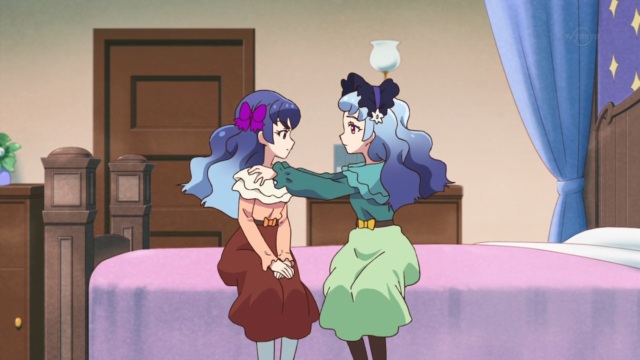 Sakuya is even able to keep the whole moon princess thing up during interviews – all thanks to stories that Kaguya told her when they were younger. After going through a bit of a rough patch, Reflect Moon are bouncing back. Kaguya is able to finish writing the lyrics for their new song, and Sakuya finds what her dresses were missing. 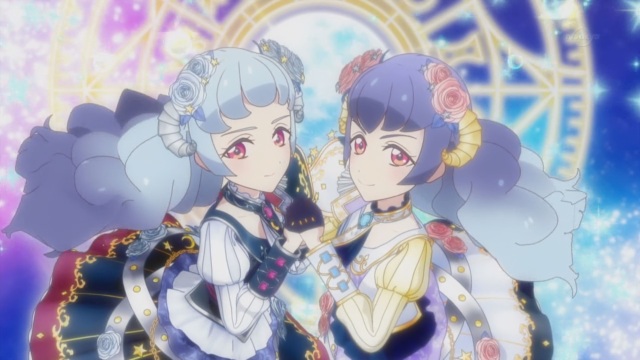 Reflect Moon have a successful show, even performing a Miracle Appeal. Michi is even won back over by their performance, so we end on that happy note.

Now this was more like it, Aikatsu Friends!. I wasn’t too into the previous couple of episodes, but this one I found myself enjoying a lot more. It probably helps that I like Reflect Moon a lot, too.
Overall, all I really have to say is that this was an excellent episode. No spinning of the wheels going on here.

Next one seems like it should be a good one, too. Coco takes centre stage, and I look forward to seeing that.

I enjoy writing, manga, anime and video games, so naturally here on my blog, you will find anime reviews, Nintendo news and other such things that I deem interesting.
View all posts by Rory →
This entry was posted in Episodic and tagged Aikatsu Friends!, Episode 46, Episodic, Idol, Kaguya Shirayuri, Music, Reflect Moon, Sakuya Shirayuri, Winter 2019 Anime. Bookmark the permalink.