Episode eight of Magical Girl Spec-Ops Asuka sees Asuka and Kurumi go to Okinawa, along with their classmates. Also, this episode is one that I have been eagerly anticipating for a while now – you’ll see why soon enough. 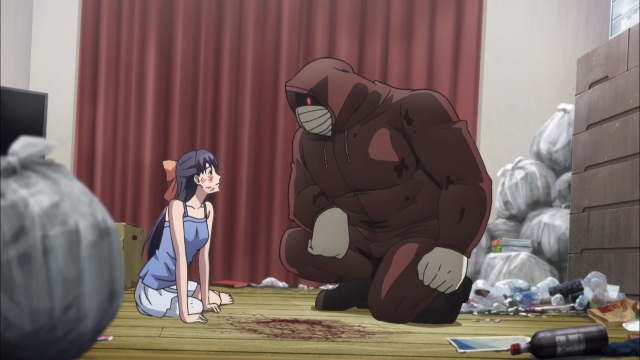 First up, we are introduced to Chisato, whose father is trying to sell her into a brothel. They don’t accept minors, and that angers Chisato’s father. He takes her back home, drinks a lot and starts beating her. However, before he can kill her, Giess breaks into the home, kills the father and asks Chisato if she wants to become a Magical Girl. 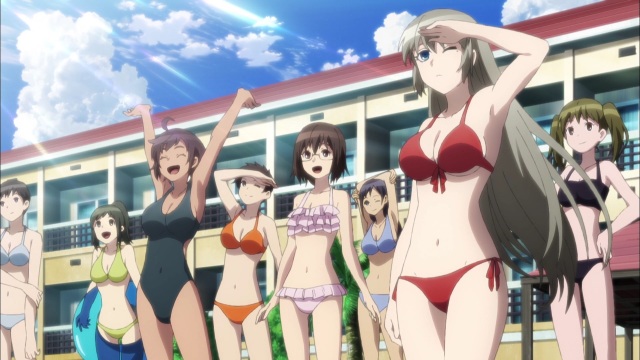 The girls are in Okinawa

And now for a change of tone – oh, don’t worry, we’ll be returning to the darker stuff in a few moments – as we get a beach episode. I think it might be clear why I have been looking forward to this episode now. You’ll also notice that Kurumi is absent, at least for now. She is taking care of a little something else.

War Nurse does the dirty work of the Magical Five

War Nurse is torturing Nazani, the magical mercenary that Asuka defeated during their last mission. She wants to get more information about the Babel Brigade, but Nazani isn’t very forthcoming. War Nurse has a few tricks for making her victims talk, though. She is able to get the interrogation over with fairly quickly and travel to Okinawa, where she is blessed with the sight of Asuka in her bikini. Even better, the two are sharing a room.

A very happy Kurumi sleeps next to Asuka

Asuka is haunted by nightmares of her past as she sleeps, which causes her to wake up early in the morning. She is worried about having to lose even more to bring peace back, but the sight of Kurumi helps to calm her. Asuka is curious as to why Kurumi is in her bed, but she doesn’t mind too much. 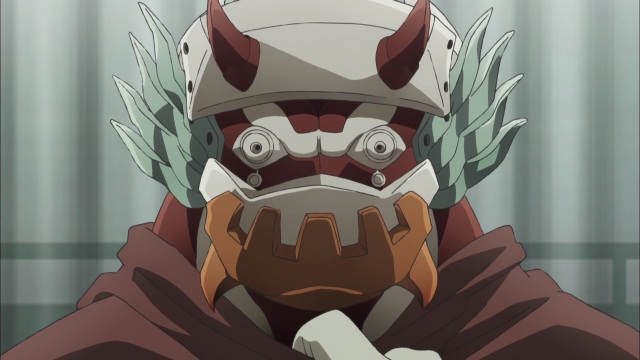 Giess reveals what he looks like under the hood

Turning our attention back to Giess and Chisato, the former reveals that he was a child soldier in Somalia. He was saved by the brigade leader, who gave him the body he has now. Besides the offer for Chisato to become a Magical Girl, he has something else to give her as well: a prosthetic leg.

Chisato accepts the prosthetic, and shortly after transforms into a Magical Girl for the first time. A Greed class Disas has been prepared for her to fight, which Whiplash dispatches fairly easily.

Asuka is serious about CPR practice

Switching the tone once more, we go back to Okinawa where the girls are practicing CPR. Asuka seems to be taking it a little too seriously, but Sayako is eager to learn from her just in case she would ever need it in the future. All right, that’s enough light-hearted stuff. Time for things to get dark once more. 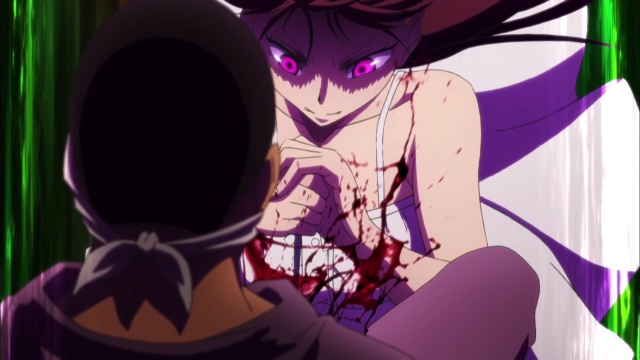 Chisato gets revenge against the people who killed her mother

We learn both Chisato’s and Giess’s respective pasts here. Chisato lost her leg in the same accident that killed her mother; crushed by a car that was being driven by drunken minors.
As for Giess, he reveals how he became a child soldier and the horrific things he had to do just to keep his life. He tells Chisato that, as he has kidnapped the four responsible for killing Chisato’s mother. He wants Chisato to kill them; a step he tells her that is necessary for becoming a Magical Girl.
Chisato does as she is asked. With that, the Babel Brigade is prepared to attack the big inter-world conference that is due to happen in Okinawa.

This episode of Magical Girl Spec-Ops Asuka adapted chapters 13, 14 and part of 15 of the manga. The part of chapter 15 that didn’t get adapted for this episode will appear in the next one, if the preview is anything to go by.
This episode also added some things that were not in the manga. War Nurse used a few different tortures on Nazani here; the manga only shows the toothpicks under the fingernails.
In the manga, we actually see when Kurumi climbs onto Asuka’s bed, whereas the anime just shows Asuka waking up to discover her there.
The scenes with the CPR stuff are new additions for the anime, including wet t-shirt fanservice. Seems a bit pointless when we’ve already seen the bikinis on full display, but whatever.

So yeah, everything seems to be stepping up. We have very dark backstories and a lot more fanservice in this episode. The tone felt all over the place; perhaps it would have been wiser to focus one half on Okinawa, and the other on Chisato rather than constantly switching between the two. It made for some rather odd juxtaposition.
Both Giess and Chisato have had to endure utterly horrific situations, so it is pretty easy to feel sympathy for the pair. If Giess hadn’t intervened when he did, Chisato would have most likely died in the depths of despair. Just a shame she ended up with the Babel Brigade: then again, her situation wasn’t something that the M Squad would have been involved with.
An episode of two halves, that happened to be intermingle. Things got pretty rough. This is the beginning of the Okinawa arc, and things are going to get intense.

Let’s end with some fanservice shots. 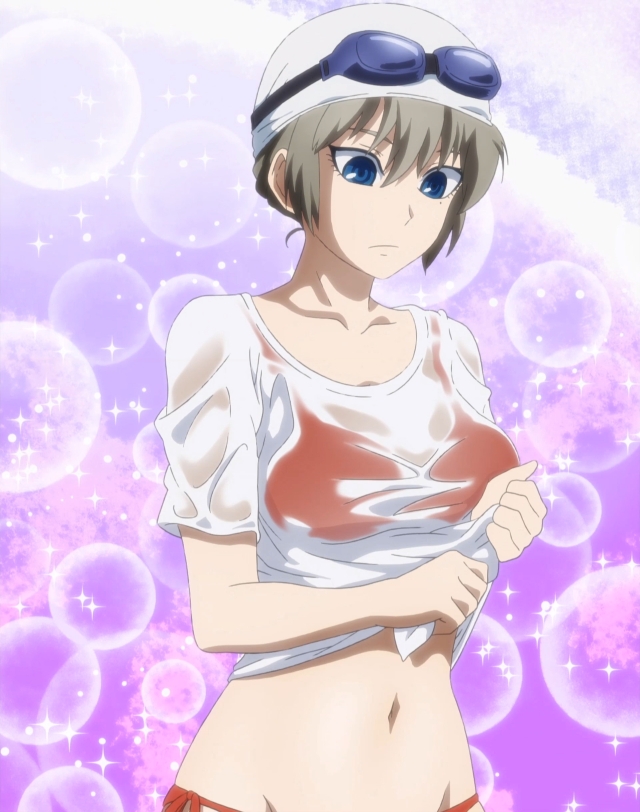