A character I have been quite eager to see finally makes her debut in the fifth episode of ENDRO!, which is all about celebrating the Hero. 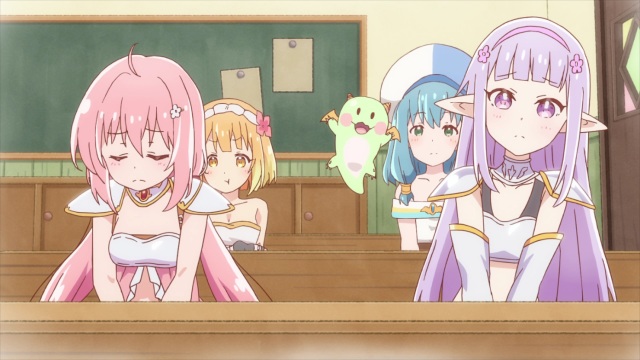 Nobody seems to quite believe that Yusha is the Hero

This episode starts with the thing I want to talk about most, but I’ll get to that in due course. For now, though, the Hero’s party turn in their report from their beach adventure in the last episode – and Mao tells them to redo it. Nobody seems to believe that Yusha is actually the Hero.
A commotion outside soon catches their attention, and it is at this point that I can focus on the main event of this episode. 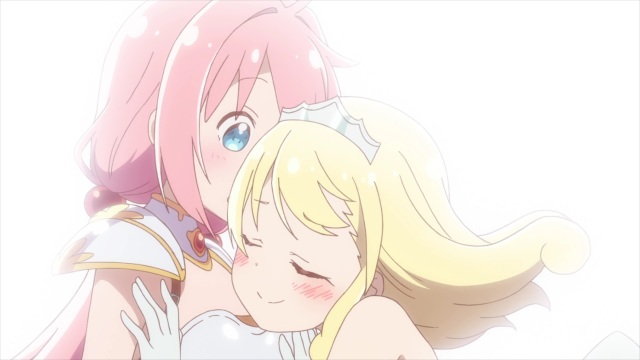 The Hero meets the princess

Princess Rona Pricipa O’Lapanesta of the Lapanesta Kingdom has arrived, as she had heard that the new Hero has appeared. She is very eager to meet said Hero, though she seems a little surprised to discover the Hero is a girl. She gets over that pretty quickly, though.
Rona soon proves that Yusha is actually the Hero, and suddenly Yusha and her party find themselves getting a lot more respect.

Rona believes that the Hero should be even more appreciated

Rona believes that the Hero have more appreciation, so she arranges the Hero Festival. The whole festival is dedicated to Yusha, and includes a lot of food with the Hero’s face on. 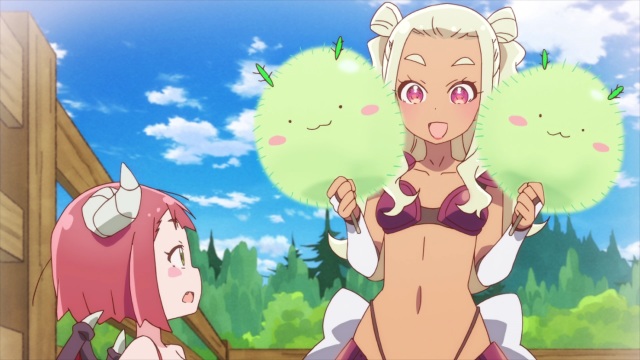 Even the teachers enjoy the festival

A lot of the stuff going on at the festival is quite embarrassing for Yusha, but seeing everyone else enjoying it ultimately makes her accept it. There’s also a play about the Hero’s party – Seira is the one who gets embarrassed about how she is depicted there.
After all that, Rona invites Yusha for some tea.

Whilst drinking tea together, Rona tells Yusha about how she loved the stories of Heroes, and dreamed of becoming the Hero’s bride. Yusha doesn’t exactly object to the idea, though she does mention they are both girls. Rona is a princess; she can change the laws if necessary. 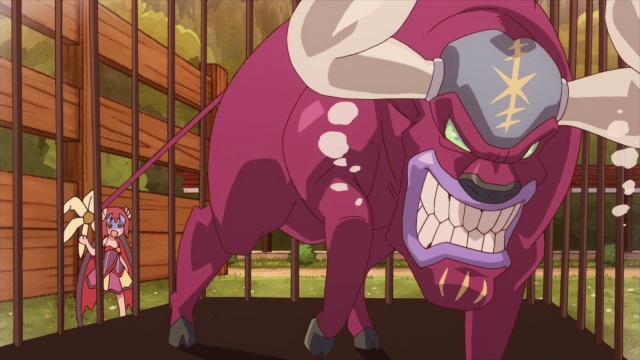 The red bulldozer: docile so long as you don’t pull its tail

Elsewhere, Mao slips away after treating herself, only to end up upsetting a normally docile monster. The red bulldozer escapes from its cage, and the commotion catches the attention of Yusha and Rona.

Yusha goes to resolve the commotion. It’s not because she is the Hero; it’s because it is who she is

Rona tells Yusha that she doesn’t have to go – the royal guards can handle the situation. However, Yusha isn’t the type to sit idly by when someone needs help, so she goes anyway. She says that she will go because that is just who she is, and that seems to make Rona’s heart skip a beat.

This episode ends with Rona transferring into the Adventurer School, and also dropping a pretty blatant hint that she knows exactly who Mao is.

I’d been looking forward to Princess Rona’s debut ever since the start of ENDRO!, and she has proven to be even better than I thought she would be. She seems to be very aware of Mao’s situation, but more importantly, she is in love with the Hero.
It’s just that Yusha happens to be the Hero, but I can see Rona developing a thing for Yusha herself – particularly with her reaction to what Yusha says about going because that is who she is.
However it plays out, I like Rona a lot. She is a great addition to the cast.

Much like before, this episode of ENDRO! had some great funny moments that got a genuine laugh out of me. As we approach the halfway point of this season, I have absolutely no reservations about calling ENDRO! one of my favourite shows of this season. It’s been an excellent and funny experience so far, and that will presumably continue right up until the end of the season.