Once again, another season of anime has come and gone. As is usually the case, I shall be looking back at the season and celebrating what I believe to be the best things it has offered us with my regular anime awards.
First up, though, here’s a list of the anime I watched for this season:

So there will potentially be spoilers for the shows list above. This time around, I may even be able to pick out a single show as my favourite of the season. Let’s get started.
Best Opening Theme
“Spatto! Spy & Spyce” by Tsukikage

There’s a few great opening themes for this season of anime, but the one from Release the Spyce was the one that most firmly lodged itself into my head, so it is the one I choose as my favourite.
Runners-up: “†Kyuutie Ladies†” by Sophie Twilight, Akari Amano, Hinata Natsuki & Ellie (Ms. Vampire who lives in my neighborhood.); “Kimi ni Furete” by Riko Azuna (Bloom Into You) 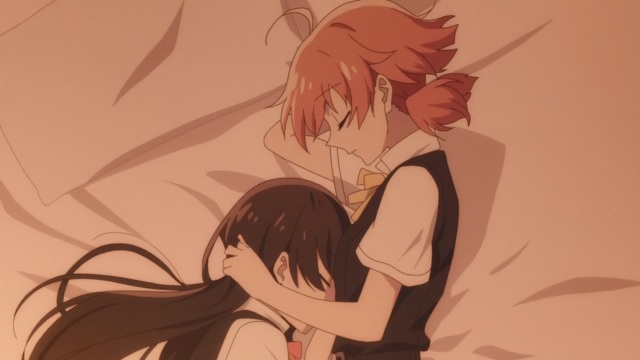 Bloom Into You tells the story of the feelings between two girls. Yuu expects a romance out of a shoujo manga, but gets something else when another girl, Touko, confesses to her. Both girls have to come to terms with their feelings; Yuu discovers falling in love isn’t so simple, whilst Touko worries about pushing too far.
Runners-up: Protecting parallel worlds from the Twilight (The Girl in Twilight); Zombie idols (ZOMBIE LAND SAGA) 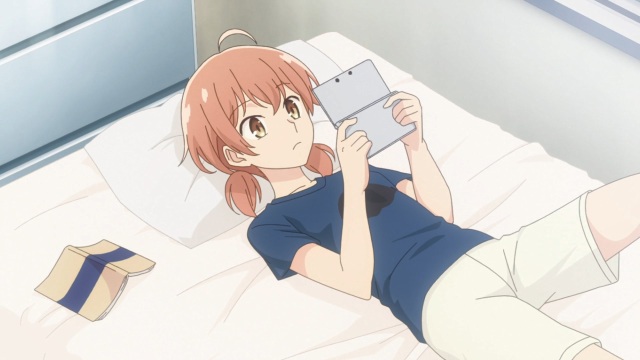 As far as characters go, Bloom Into You‘s Yuu is probably the most relatable of all the main characters from the show I watched this season. She’s also cute, as well, which helps.
Runners-up: Sakura Minamoto (ZOMBIE LAND SAGA); Momo Minamoto (Release the Spyce)

Also known as the Sparrow Woman, Tendo is the head of Mouryou in Release the Spyce. She has clashed with Tsukikage in the past, and arrives once more to clash with them again. Tendo also takes precautions to ensure that those who work under her do not become liabilities.
Runners-up: Gelos (Hugtto! PreCure); Zeref (Fairy Tail Final Season)

Yep, Ruru won this last season, and she gets it again this season as well. I absolutely adore Ruru, and more recent episodes have seen her trying to connect with her father. That has been some pretty heartwarming stuff – but what continues to stand out most is her relationship with Emiru.
Runners-up: Yuki Hanzomon (Release the Spyce); Sophie Twilight (Ms. Vampire who lives in my neighborhood.)

Sure, he chews the scenery all the time, but ZOMBIE LAND SAGA‘s Kotaro does work hard as a manager for Franchouchou. Actually, it’s those large ham tendencies of his that earn him this award for this season. Now if only he would treat the zombies of Franchouchou with a little more respect…
Runners-up: Giorno Giovanna (JoJo’s Bizarre Adventure: Golden Wind); Natsu Dragneel (Fairy Tail Final Season) 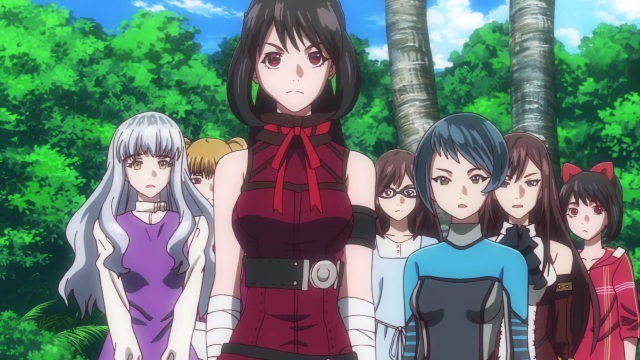 I am going with the characters from The Girl in Twilight, including their parallel selves, because I haven’t really given them much recognition yet and they deserve some. They do make for a varied cast, and the obstacles they have to overcome present some decent episodes.
Runners-up: Cheerleading club (Anima Yell!); Franchouchou (ZOMBIE LAND SAGA)

All the characters in Ms. Vampire who lives in my neighborhood. are pretty cute, but for me it is the vampire Sophie Twilight who stands out in particular. She’s lived centuries, and has spent that time becoming an otaku of all things.
Runners-up: Misha Takanashi (UzaMaid!); Mirai (SENRAN KAGURA SHINOVI MASTER) 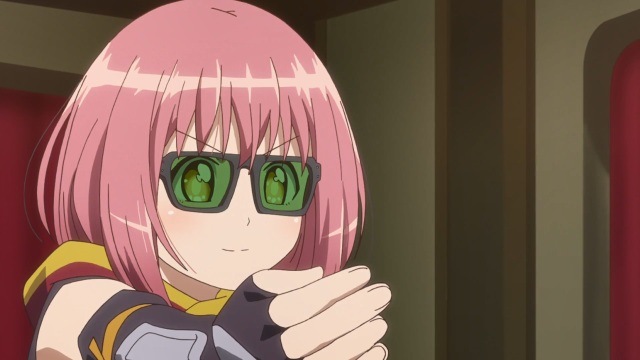 When first introduced in Release the Spyce, Momo wasn’t particularly badass. However, training under her mentor Yuki Hanzomon soon changed that, and by the end of the season Momo was able to go and do something that her mentor and her mentor’s mentor were unable to do in the past. Watching Momo develop as a member of Tsukikage was great.
Runners-up: Saki Nikaido (ZOMBIE LAND SAGA); “Seriouska” (The Girl in Twilight)

There are some amazing couples from this season, but for me my pick of the bunch has to be Hugtto! PreCure‘s Emiru and Ruru… again. It all comes down to the specific episode where the girls have to prepare themselves for what is to come in the future.
Runners-up: Yuu Koito & Touko Nanami (Bloom Into You); Momo Minamoto & Yuki Hanzomon (Release the Spyce)

The final battle in Release the Spyce, Momo takes on an opponent who has previously defeated some of Tsukikage’s best. I really like that one moment where Momo uses some invisibility cream to hide her blade for a short while. Tendo is an opponent that would be beyond Momo if she was at her best, but she is carrying an injury from a previous altercation which gives Momo the opening she needs.
Runners-up: Any Equalizer vs. Clutter fight (The Girl in Twilight); Shinobi vs. Rasetsu (SENRAN KAGURA SHINOVI MASTER)

Being a show about zombie idols, ZOMBIE LAND SAGA does have a few songs here and there. They all tie in with whichever character gets the spotlight for that episode. For the record, my favourite is Saki’s song, “Tokkou Dance”.
Runners-up: Anima Yell!; The Girl in Twilight 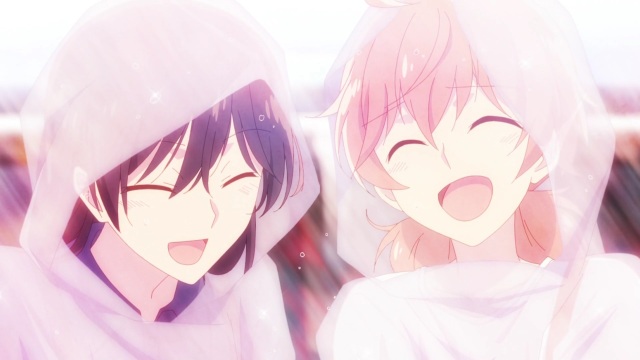 Bloom Into You ends with Yuu and Touko going on a date to an aquarium, and watching them enjoy their time together is incredibly heartwarming. What makes this even better is that almost the entirety of the final episode of the show is a faithful adaptation of the manga. It’s an absolutely brilliant way to cap off a brilliant show.
Runners-up: Arpino concert (ZOMBIE LAND SAGA); Back to where it began (Ms. Vampire who lives in my neighborhood.)

Release the Spyce‘s ending theme is just a really nice song to listen to. Out of all the ending themes from this season, this is the one that sticks most firmly in my head.
Runners-up: “Happy!! Strange Friends” by Sophie Twilight, Akari Amano, Hinata Natsuki & Ellie (Ms. Vampire who lives in my neighborhood.); “One For All” by Kaminoki Koukou Cheering-bu (Anima Yell!)

Best Anime
Bloom Into You

As much as I would love to give this to Hugtto! PreCure (again), it is only fair that the seasonal anime gets a look in – and Bloom Into You was such a fantastic experience. I enjoyed the manga beforehand, and giving us a completely faithful adaptation was a very good decision.
I expected Bloom Into You to be very good; it ended up exceeding my expectations more than I could have ever imagined.
Runners-up: ZOMBIE LAND SAGA; Release the Spyce

That brings this season’s anime awards to an end, and the autumn season has been a particularly great one.

Keep an eye out, because over the next couple of days I will be looking back over the whole year and deciding on my top ten anime and video games respectively.

I enjoy writing, manga, anime and video games, so naturally here on my blog, you will find anime reviews, Nintendo news and other such things that I deem interesting.
View all posts by Rory →
This entry was posted in Anime Awards and tagged Ace Attorney Season 2, Aikatsu Friends!, Anime Awards, Autumn 2018 Anime, Between the Sky and Sea, Bloom into You, Boruto: Naruto Next Generations, Fairy Tail Final Season, HIMOTE HOUSE: A share house of super psychic girls, Hugtto! PreCure, JoJo's Bizarre Adventure: Golden Wind, Ms. Vampire who lives in my neighborhood., Release the Spyce, SENRAN KAGURA SHINOVI MASTER, The Girl in Twilight, UzaMaid!, ZOMBIE LAND SAGA. Bookmark the permalink.