Sakura is the star of the eleventh episode of ZOMBIE LAND SAGA, though a certain incident has had quite an impact on her. 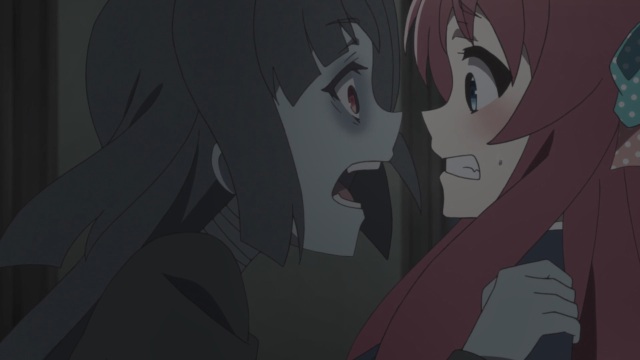 Sakura gets to relive meeting the zombies again

Sakura was hit by a truck again, and this episode begins with her waking up with absolutely zero recollection of anything from before. As such, meeting Tae proves to be quite a surprising experience for Sakura. She runs, and ends up stumbling upon the other sleeping zombies.

After overcoming the initial surprise of meeting the zombies again, Sakura just slumps to to the floor and claims that it it no use. Tae then smashes in, and leaps at Sakura.
Sakura wakes up, to find that she is alone with Ai. Ai explains everything that has happened, but Sakura really doesn’t want anything to do with Franchouchou.

Later that night, most of Franchouchou find themselves unable to sleep. A few of them take it in turns to go and speak with Sakura, but ultimately they are unable to achieve anything. When Yugiri goes, Sakura has just up and left by then.

Sakura’s past is full of bad memories

Sakura’s past is revealed here, and she was very unlucky. School plays, athletic events and even entrance exams – all things that Sakura prepared thoroughly for. However, various coincidences happened that prevented her from actually participating in or succeeding at those things. As such, this made Sakura apathetic – she believed that there was no point in her doing anything, because it always goes wrong for her anyway. 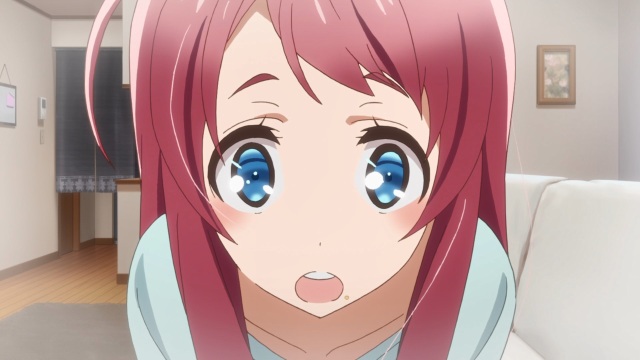 Sakura is inspired to try when she sees Ai on TV

Sakura had given up, but then she saw Iron Frill on TV. In particular, Ai had an interview where she said that mistakes or failure don’t matter – this inspired Sakura to actually try. That led to that fateful day we saw right back at the beginning of ZOMBIE LAND SAGA.

Sat on a swing in a park, Sakura is feeling pretty low. That’s when that recurring police officer shows up, and threatens to shoot her again. Fortunately, a baseball comes flying out of nowhere and knocks the officer out. Romero shows up, and Kotaro appears shortly afterwards.

Kotaro takes Sakura elsewhere, and tells her that she has what it takes to be an idol and save Saga. Sakura doesn’t believe it, and tells him to not drag her into that stuff. Kotaro isn’t going to give up that easily, though.

However, we’ll have to wait until the next episode to see if Kotaro can persuade Sakura to go back to Franchouchou, as this is where this one ends.

Playing up the zombie elements again evokes the feeling of the first episode, though I would say that there is less humour this time around. That’s fine, this episode is to establish Sakura’s past. I’m kind of glad we got to know her after she died – in life, she was depressing. Well, until Ai gave her that glimmer of hope – that was quickly hit by a truck…

Hopefully Sakura will return to her former self (but not her former living self) in due course – perhaps with a little help from the rest of Franchouchou.
In the last scene of this episode, I kept expecting the guard rail to give out and send Sakura tumbling over the edge – otherwise, why focus on the text telling people not to lean on it?