After having Lily in the spotlight in the previous episode, ZOMBIE LAND SAGA focuses upon Saki for its ninth episode. 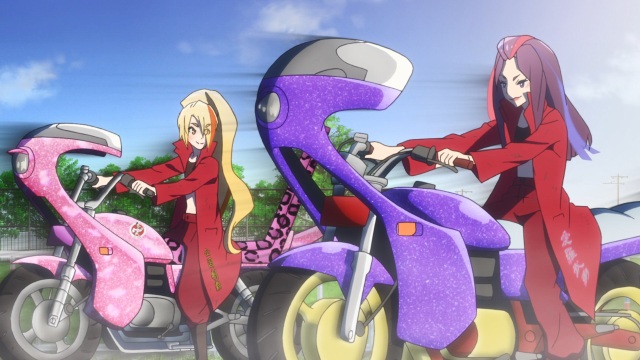 After recapping the events of the previous episode, this one starts with a flashback to the year of 1997, when Saki was alive and well. She was close friends with a lass by the name of Reiko, and they certainly didn’t take any crap from anyone. Even back then, Saki was dreaming of conquering the whole country.

In the present, Franchouchou are undertaking a task to try and increase their popularity with the elderly residents of Saga. This catches the attention of three biker girls (though they have scooters rather than bikes…)
They threaten Sakura, but decide to leave Lily alone as she is too young – and Tae just being Tae dissuades them from doing anything to her as well. 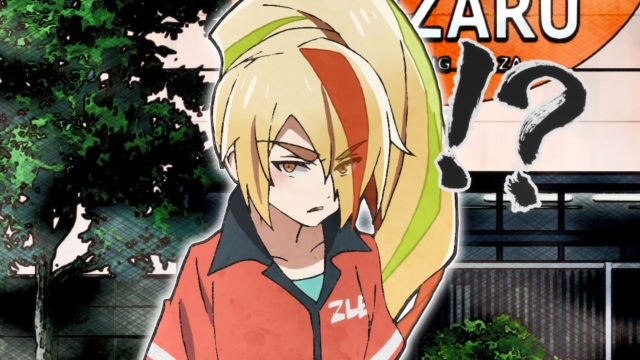 Saki comes along, and the lead girl, Maria, tries to have a go at her. It does not work. Maria decides its best to retreat, and that is when Saki sees that she is the eighth boss of Dorami. Her name is Maria Kirishima.

Maria and her two followers go elsewhere. The two other girls think they should just stop with the whole Dorami thing, but Maria is insistent on sticking with it. A rival gang, Korosuke, comes up to them. They are led by Misa the Fallen Angel, who wants to challenge Dorami to have them shut down for good.

Whilst Misa is initiating her challenge, Franchouchou happen to be driving past. Seeing the confrontation, Saki just jumps out of the van (which is still moving, by the way) and approaches the two gangs.
With Saki interrupting, followed shortly afterwards by the recurring police officer appearing, Misa decides that the challenge against Dorami can wait. They leave, and then Saki asks Maria about her mother. Maria does not want to talk about her.

Maria returns home, where she finds her mother waiting up late for her. They have received a challenge letter, but Maria’s mother doesn’t want her daughter getting involved with all that stuff. Maria’s mother is also very quick to apologise, which is something that Maria really doesn’t like. 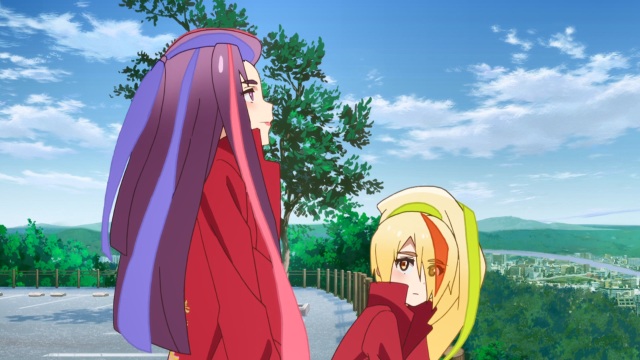 Time for another flashback, this time with Reiko and Saki discussing what they want to do with their futures. Oh, and it’s obvious by now, but Maria’s mother is indeed Reiko. Anyway, Saki wanted to conquer the country, whilst Reiko just wanted to settle down – have a “normal” life. Saki doesn’t really get what Reiko means by normal. 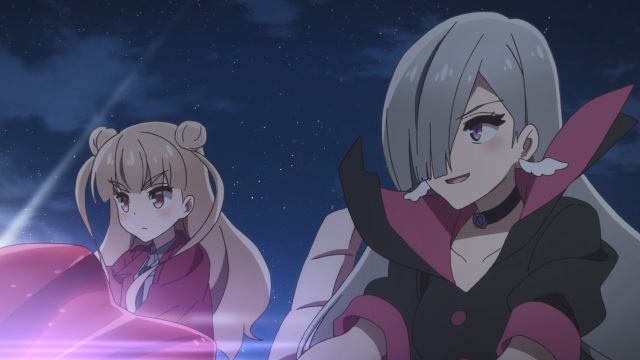 Maria and Misa prepare for a showdown at Kagamiyama

The challenge that Misa issued for Maria told her to go to Kagamiyama. That’s a place that holds quite an important bit of history for both the Dorami and Korosuke gangs. It was the very location where Saki died, after going right over the edge of the cliff on her bike.
Seeing this, Reiko gets her own bike out to rush to the place.

Reiko arrives and asks Korosuke to stop, and that is followed shortly after by the arrival of Saki. Saki and Reiko are reunited, but Saki denies any and all knowledge of who she is. Saki is also there after Kotaro told her that using violence would reflect poorly on Franchouchou, and that zombies shouldn’t really get involved with human affairs.

As Dorami’s Captain-for-a-Day, Saki will be the one accepting Misa’s challenge of playing chicken straight towards the edge of the cliff. When it starts, Saki just speeds up – after all, she is already dead. She and the bike she borrowed from Reiko go straight over the cliff’s edge – the bike is destroyed, but Saki survives this time around.
Reiko punches Saki for being so reckless, which lets Saki show Maria that her mother has plenty of guts. Misa says that Saki could be a legendary biker lady of the next generation, and that’s when Saki remembers the most important part.
What Saki had been doing wasn’t interfering, but actually ‘idol activities’.

Franchouchou had been standing by whilst Saki took on Misa’s challenge, which means that this episode ends with a show – and what is now one of my favourite songs from Franchouchou.

Sorry, Tae, but until your episode, Saki is easily my favourite zombie from ZOMBIE LAND SAGA. I loved this episode – it may not have had the impact of the first two, but I still enjoyed it nonetheless.
Saki pretending to not know Reiko was a little sad, but presumably what she did was the first step in Reiko and Maria reconciling.

For the most part, this episode wasn’t strictly focused on its idol stuff, and the conflict between the gangs was a nice way to explore Saki’s past. I’m not at all surprised by the way she died – it was always going to be something to do with being in a biker gang.

An excellent episode that provided further insight into one of the best zombies. I enjoyed it a lot. Also, Saki’s smile is a very good thing.