With the beach volleyball club now properly established, the girls have their sights set on Nationals. Fortunately, someone has arrived who can help them prepare for said event – someone that Emily and Claire are very familiar with. 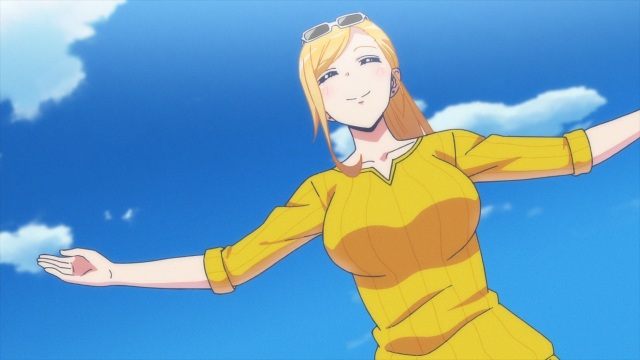 Marissa has arrived to train Harukana 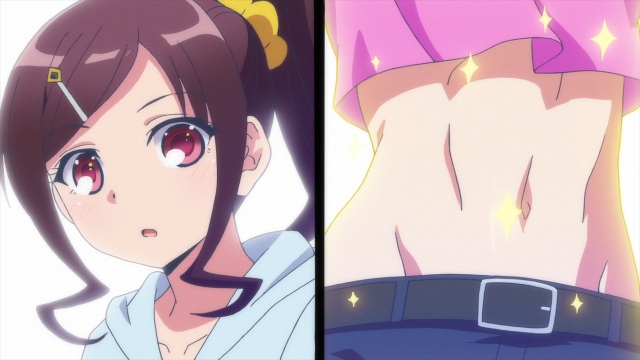 With Akari pretty much falling in love with Marissa when she reveals her midriff – it is a good midriff – Haruka and Kanata’s training begins. Akari tries to join them, but that isn’t happening. 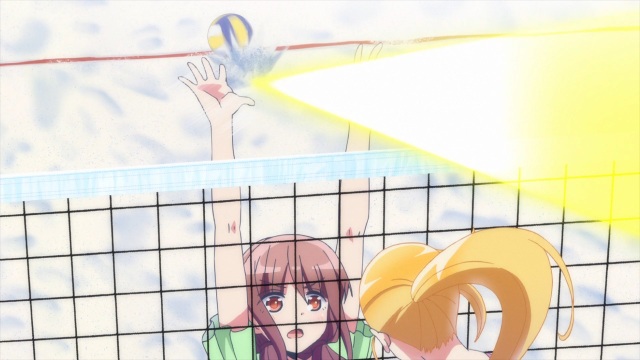 Marissa serves up some powerful spikes

Harukana’s training is simple; they have to try and get Marissa’s spikes. Haruka believes it will be a simple task, but Marissa quickly proves her wrong. Marissa’s serves are powerful now, but she admits that she is not as strong as she once was – she can’t fight age.

Haruka slows the ball’s momentum, allowing Kanata to get it

After Marissa gives them some advice, Harukana realise that they will need to cooperate to get Marissa’s spikes. It takes them a couple of attempts to get it, but they are able to intercept Marissa’s spike.
According to Marissa, partnering up in beach volleyball is a lot like getting married – once the two can understand and support each other, the team can grow.

A flashback to when the Thomas family met Kanata and Narumi

Following that, the girls take a break and there is some reminiscing back to when Emily and Claire first met Kanata and Narumi. We’ve already seen before what the result of that match was, but it is slightly expanded here.

New Year rolls around, so the beach volleyball club visit a shrine and partake in the usual New Year’s activities. Amusingly enough, Haruka and Claire make the same wish – to win Nationals – whilst Kanata and Emily wish for nobody to get hurt.
When it comes to drawing fortunes, Akari comes off the worst.

Narumi and Ayasa are in Okinawa

Later on, Haruka gets a phone call. It is Ayasa, telling her that she and Narumi are in Okinawa. Unfortunately, they are at the airport, ready to go back home to Kyoto – Ayasa would have told them earlier, but Narumi was being awkward.
Haruka says that they will go over to see them, and everyone else encourages Kanata to go and meet Narumi face-to-face. They don’t have long to get to the airport, though. 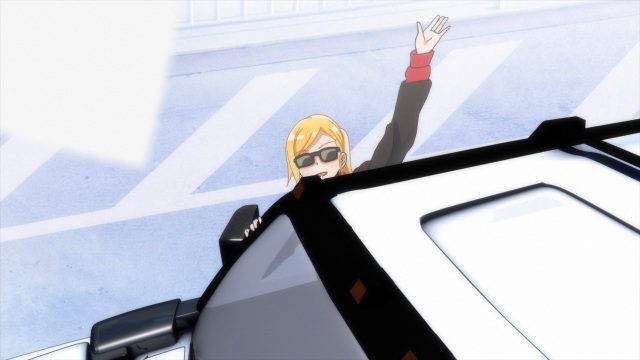 Marissa arrives to give everyone a lift to the airport

Fortunately for them, Claire called Marissa and asked her for a lift. Marissa is er… well, quite the driver. Emily and Claire know what they are in for, but Haruka, Kanata and Akari have no idea.
They end up getting stuck in traffic, so Haruka and Kanata decide to get out and make a mad dash to the airport.

Haruka and Kanata barely make it to the airport in the nick of time. When she sees Narumi, Kanata yells out that she will keep the promise they made – to become national champions. However, it will be Haruka that she will be keeping the promise with.

Narumi has nothing to say to Kanata, but she does acknowledge her with the simple gesture seen above. This episode comes to an end with Narumi and Ayasa returning to Kyoto, whilst the beach volleyball club watch the plan they are on leave.

Not too much beach volleyball action here – we did see some of Marissa’s training, but that was about it. That’s fair enough, though – this episode established that Marissa will be training Harukana, as well as rounding off the drama between Kanata and Narumi.

Akari pretty much drooling over Marissa’s body was fairly amusing – I guess we know what she is into now. Marissa is also helping Harukana improve as a team. I imagine we’ll see the results in their next game of beach volleyball.

Not the best episode that Harukana Receive has offered, but it was still decently enjoyable.