Episode seven of Harukana Receive is the one in which the escalator girl is properly introduced. Let’s see how well she fits in with our established cast of lovely ladies. 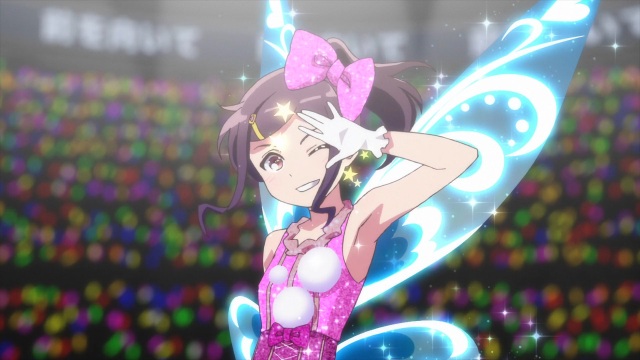 Akari gives us quite the introduction

In this episode, we finally learn that escalator girl’s name is Akari Ooshiro. She wants to become popular, and plans to do so through beach volleyball. By joining the beach volleyball club, Akari intends to partner up with either Emily or Claire – naturally, they both refuse. Akari doesn’t even bother asking Haruka or Kanata.

Haruka punishes Kanata for talking about her ex-girlfriend

Moving on, Kanata realises that Akari is just lonely – hence why she wants to become popular. It was the same with Narumi when she first transferred in – Haruka seems to get jealous when Kanata reminisces about that.
They ultimately decide to help out Akari, so they go and track her down during lunch. 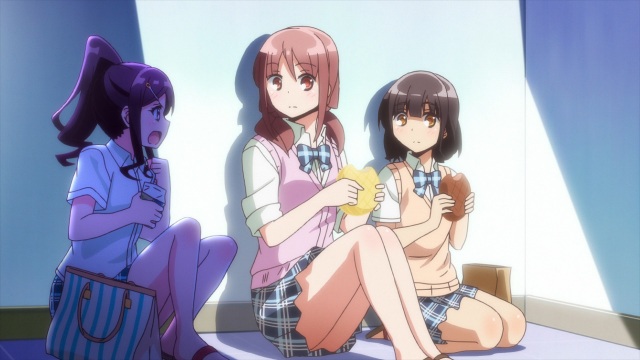 Akari wants to be left alone, but Haruka is having none of it. She challenges Akari to a game of beach volleyball. It’s not until Kanata challenges her that she accepts – if Akari can win, then they will leave her alone. If she loses, Akari has to join the beach volleyball club.

Being a complete beginner, Akari is unable to score even a single point against Kanata. The game ends up becoming a test of stamina, but of course Kanata outlasts her. Akari does join the beach volleyball club – with five members, it is now officially recognised as such. 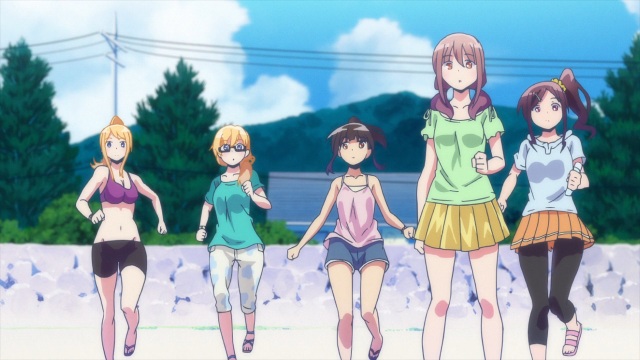 When the girls head to the beach next, there is a surprise waiting for them on the beach volleyball court.

So Akari is definitely a fun addition to the cast – I knew mere minutes into this episode that I was going to like her. She already fits in perfectly with the other girls – all that’s left is for her to get a beach volleyball partner of her own.
This was very much Akari’s episode, and it was a fun one. That moment with Haruka blowing into Kanata’s ear was pretty funny, too.

A fun episode to properly introduce a fun character.