This month, I turn my attention towards the 3DS for my chosen game of the month. Before that, however, I’ll also be going over some other games that I have been playing. A few games have had updates fairly recently, so I’ve been revisiting them.

Before I start talking about updated games, though, I think this is a good point to brag about finishing all eight characters’ stories in Octopath Traveler.
Though the stories may have ended, there is still plenty for me to do in this game. I have plenty of sidequests I need to clear up, and it seems that there is a post game dungeon to be discovered somewhere as well.
Cleaning up the sidequests has pretty much just been a case of travelling from town to town using Alfyn’s Inquire Path Action to gather information, and then using Tressa’s Purchase Path Action to see if the NPCs have any useful items for sale.
I’m sure there are probably sidequests that are a bit more complicated then bringing the right information or item to the right person, but I have been able to clear up a few quests thus far with that.

One game that I have found myself returning to is Rhythm Paradise Megamix on the 3DS. The reason for this is because of the artist who worked on my chosen game of the month also worked on this game – Ko Takeuchi. I also managed to get the Munchy Monk song stuck in my head, so that didn’t help either.
A few of my favourite rhythm games from this title include the aforementioned Munchy Monk, Air Rally, and Sumo Brothers. Rumours have it that the Chorus Kids may even end up in Super Smash Bros. Ultimate. Guess we’ll just have to wait and see.

Once again, I’m also featuring Xenoblade Chronicles 2 here. You think you can get away from the game, and then more content is released.
In this case, more alternative costumes were added to the Challenge Mode rewards, more quests and a new Rare Blade by the name of Crosette too.
Crosette is the first (and only) Fire type Healer Blades. All the others were either Attack or Tank types, so it is nice to be able to give Nia her own Fire type Rare Blade.
Crosette is really cute as well, and pretty much Pyra’s biggest fan.
There’s still plenty for me to tackle in Challenge mode, and I have yet to completely fill out the Affinity Charts of Poppibuster, Shulk and Fiora.

Another game that got updated recently is BlazBlue Cross Tag Battle. More DLC characters have been released, so I’ve been playing with them.
Pack 4 brings us Izayoi, Mitsuru and Merkava, Pack 5 has Mai Natsume, Akihiko Sanada and Yuzuriha, and Pack 6 has Nine the Phantom, Labrys and Mika.
From those characters, I’ve particularly enjoyed fighting as Mai Natsume and Mika.
The world of BlazBlue Cross Tag Battle is set to expand even further, with a fifth franchise teased to join the fray as well. Dataminers have unearthed just what it is, but I won’t say anything about it until we get official confirmation.

WarioWare Gold takes 300 microgames from across the WarioWare series and stuffs them all into a 3DS cartridge. For those who are unaware, you play WarioWare by beating a series of microgames. You only have a few seconds to complete each one, and you are only given very basic instructions on what to do. 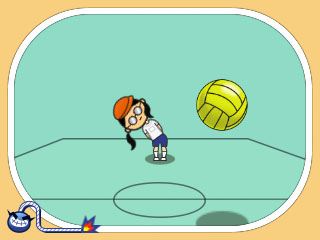 You play microgames by mashing, tilting, touching or blowing. Mashing involves using the face buttons, tilting uses the 3DS’s gyroscope, touching is done with the touch screen and you’ll use the microphone for blowing.
For the most part, the microgames are divided up into their separate methods of control – so don’t expect to be using the touchscreen when you have to mash. 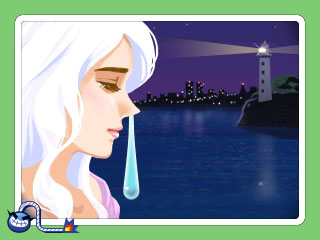 With 300 microgames on offer, you’ll certainly find yourself playing through some rather bizarre events. Don’t linger too long trying to work out what just happened, though – you do only have a few seconds for each microgame after all. That surreal sense of humour has always been a key element of WarioWare, and it remains as present as ever for WarioWare Gold.
You’ll even have to play microgames based on other Nintendo games – such as going through world 1-1 of Super Mario Bros. using tilt controls, shooting enemies as Samus or crushing Pikmin. 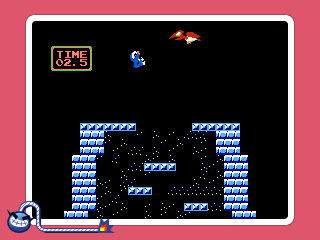 WarioWare Gold has quite a large cast, with almost every character returning from previous games. A new character called Lulu is also added to the mix.
All the characters are fully voiced, and that only serves to convince me that the WarioWare cast could make for a great animated TV show.
For a bit of fun, the game even allows you to overdub cutscenes. You could try and do your best impressions of the characters, but there’s nothing stopping you from going completely off-script, either. It is all just a bit of fun, after all.

The WarioWare games have always been a lot of fun, and WarioWare Gold is no exception to that rule. In fact, you could even consider it the definitive WarioWare experience.

I enjoy writing, manga, anime and video games, so naturally here on my blog, you will find anime reviews, Nintendo news and other such things that I deem interesting.
View all posts by Rory →
This entry was posted in Games of the Month and tagged August 2018, BLAZBLUE CROSS TAG BATTLE, Game of the Month, Intelligent Systems, Nintendo, Nintendo 3DS, Nintendo EPD, Octopath Traveler, Rhythm Paradise Megamix, WarioWare Gold, Xenoblade Chronicles 2. Bookmark the permalink.