I’ve been unboxing Limited and Collector’s Editions of video games lately, so I figured it is about time that my other major interest got some attention. Licensed by MVM Entertainment for release in the UK, Flip Flappers is easily my favourite anime show that aired during 2016 – in fact, it is up there as one of my favourites of all time, right behind Symphogear.
This release is the one that has finally pushed me to buy a Blu-ray player, because if I’m going to enjoy Flip Flappers, I’m going to do so in the best quality possible. Also, the standard DVD edition isn’t released until August…
But I digress. Let’s dive in and take a look at what the Flip Flappers Limited Edition Blu-ray set. 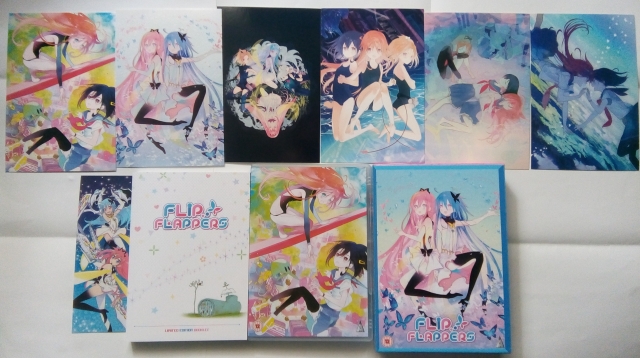 I’ll start with a picture of everything together, so you can get a general idea of what to expect. I’ll go through each thing one by one, and I will be starting with the box that contains everything.

The images above are the front and the back of the art box. Anyone who has seen Flip Flappers knows that it can look very pretty, and I think this box does a fairly decent job of conveying that. 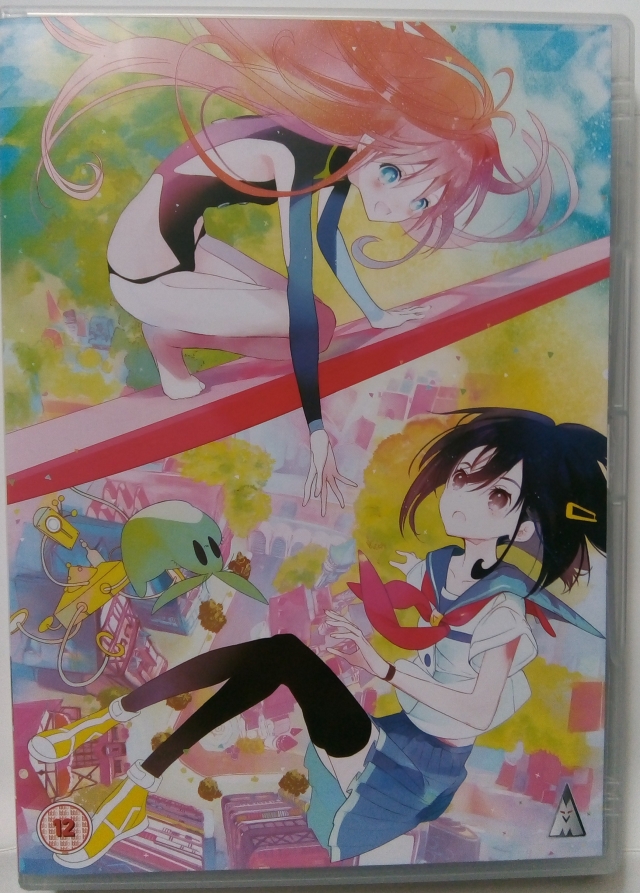 Next, we have the case that holds the Blu-ray discs. Again, I’ve put up images of the front and the back. We get a nice shot of Papika and Cocona on the front, whilst the back has one screenshot from each of the twelve episodes, and the usual small print. 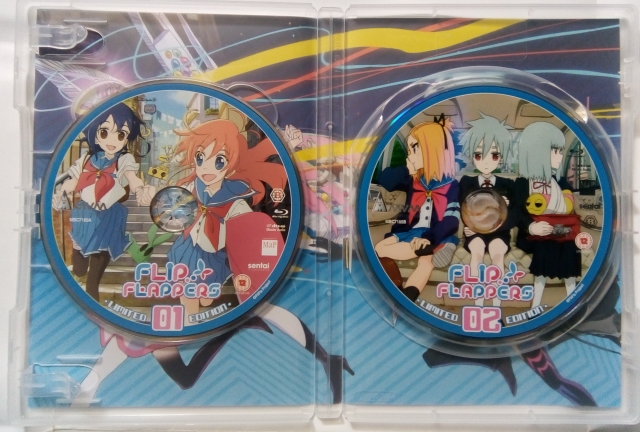 Open up the Blu-ray case, and you’ll find 2 discs inside. You can see the artwork used for both discs above, and I have also included a picture without the discs so you can see the art on the inside. 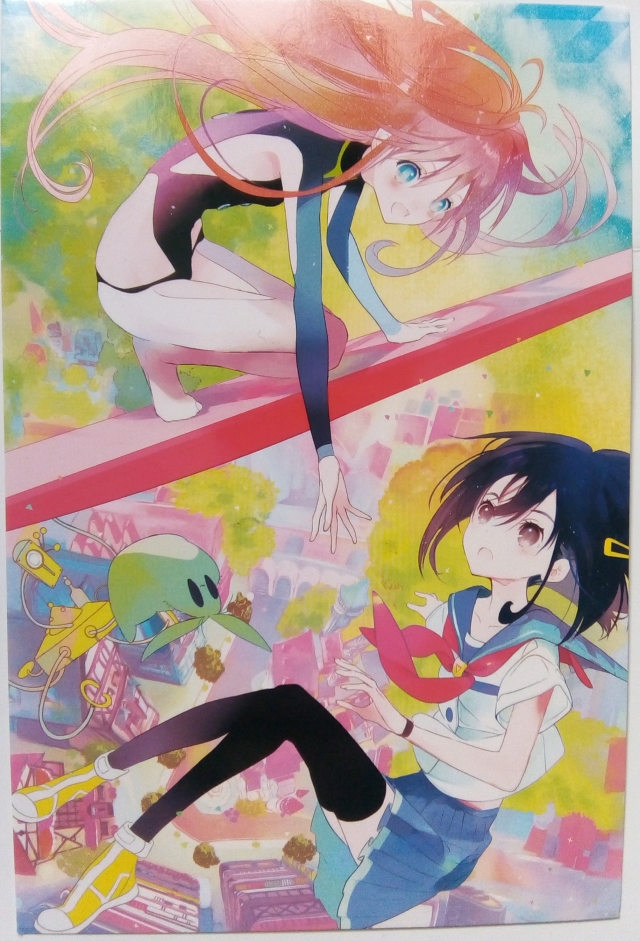 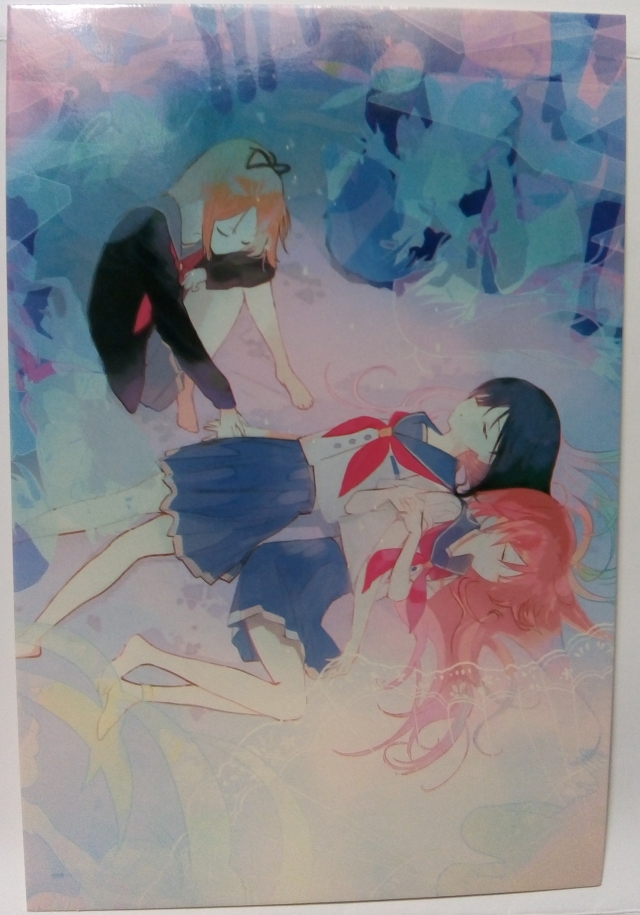 It’s not just the Blu-ray discs you’ll find inside the case, either. There is also a set of art cards and a bookmark – as you can see from the individual images above.

The final item is the limited edition booklet – almost three hundred pages of Flip Flappers goodness. It includes concept art, storyboards and interviews with the staff that worked on the anime.

I can safely say that this is a very worthy addition to my collection. I absolutely adore Flip Flappers as it is, and this Limited Edition is just utterly wonderful.

I enjoy writing, manga, anime and video games, so naturally here on my blog, you will find anime reviews, Nintendo news and other such things that I deem interesting.
View all posts by Rory →
This entry was posted in Unboxing and tagged anime, Blu-ray, Flip Flappers, MVM Entertainment, Unboxing. Bookmark the permalink.