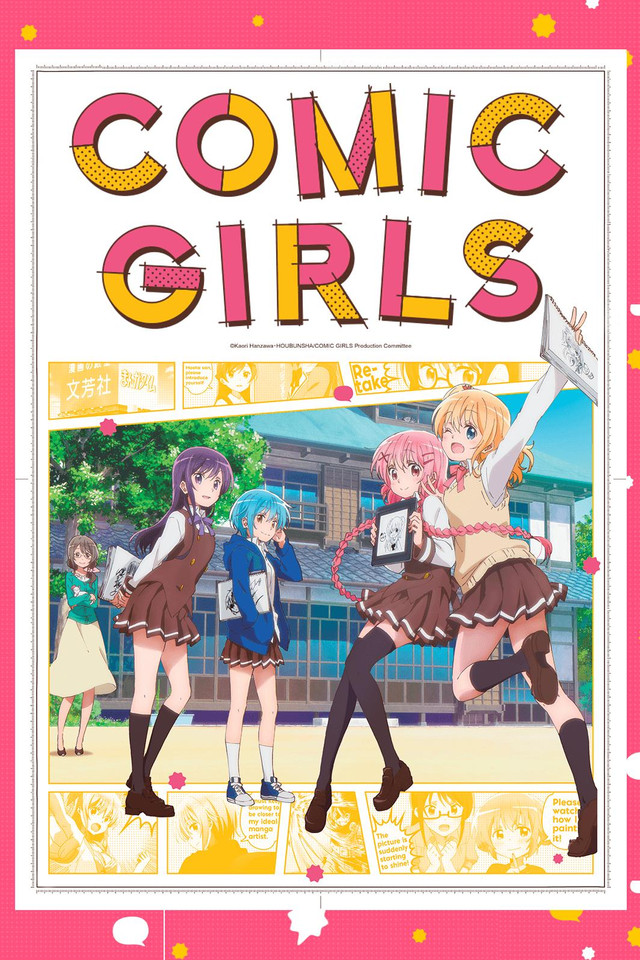 Comic Girls is a twelve-episode anime adaptation of the manga written by Kaori Hanzawa. The director of the show was Yoshinobu Tokumoto and the writer was Natsuko Takahashi. The studio that produced it was Nexus.
Comic Girls aired during the spring 2018 season of anime, and is available to watch on Crunchyroll.
Comic Girls focuses on 15 year old Kaoruko Moeta, a 4-panel manga artist. She goes by the pen name Kaos, and as such that is how she will be referred to for the rest of this review.
The show starts with Kaos getting terrible results from a survey, so she moves into the Bunhousha Women’s Dormitory for manga artists to improve her manga. There, she becomes acquainted with a few other manga artists – shojo manga artist Koyume Koizuka, teen romance artist Ruki Irokawa and shonen manga artist Tsubasa. 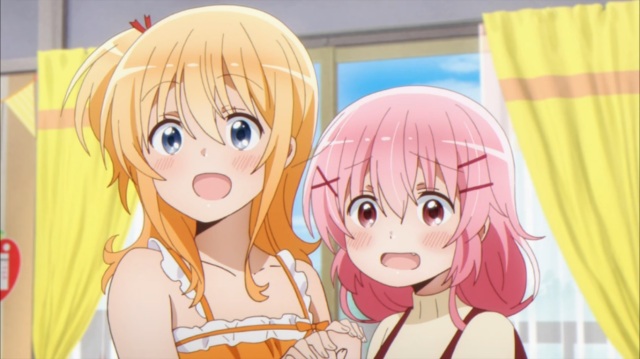 As you would expect from a girls’ club show, those four characters make up the main cast. The main focus of the anime is on their daily lives as they contend with the challenges of being manga artists.

Comic Girls has a particularly entertaining approach towards its characters. Each character embodies the type of manga they draw in some way. Tsubasa is a more prominent example of this, with her tendency to channel the characters from her shonen manga whilst she is drawing. This even includes wearing full cosplay.
Another notable example of this comes from a character who is introduced a little later on in the story. Turns out that Comic Girls can actually be a really effective horror anime if it really wants to be, as well. 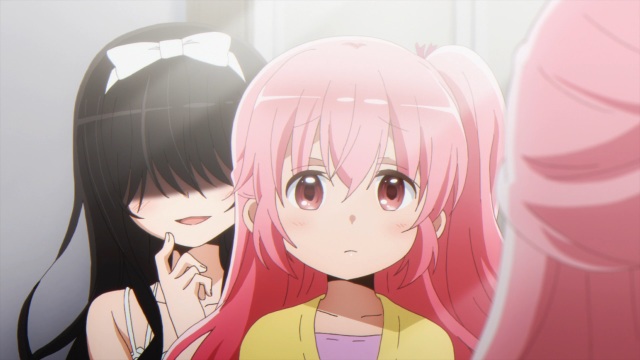 One constant thing throughout the show is that Kaos can never really catch a break. She is met with constant rejection, and this really does no favours for her self esteem. Kaos is reduced to tears, often multiple times per episode.
However, her fellow manga artists are always their to support her. Koyume, Ruki and Tsubasa are always there to help Kaos out, though they also have their own challenges to overcome.
If there is one thing that viewers can take home from watching Comic Girls, that is to never give up. Kaos’ manuscripts may be constantly rejected, but she always manages to produce more.

Another common subject to be found within girls’ club anime is yuri. Comic Girls is no exception to that rule, with Koyume falling for one of her fellow manga artists being a notable example.
It’s not left as subtext, Koyume actually states she has feelings for one of the other girls. There is even an episode dedicated to a date between the two. When it comes down to it, the girls all seem pretty attached to each other, too.
This is absolute bliss for Kaos – she is very much an otaku, with a decently sized collection of bishoujo figures, and even a body pillow with an anime girl on it.

Comic Girls has some scenes that use panels, giving it the feel of a comic. Considering the subject matter, this is a pretty good fit. Well, what else would you expect from a show called Comic Girls?

There is plenty of fun to be found by watching Comic Girls, and it tends to be amusing. Admittedly, Kaos’ constant failure and her reactions to it may feel a little grating at times – it would be nice to see her get a break every once in a while.

Score: 9/10
Comic Girls is a very fun look at the daily lives of manga artists. The way in which each manga artist tends to have traits from the genre of manga they draw leads to some fun interactions, and Kaos has impeccable taste. If only she could find some more success…

I enjoy writing, manga, anime and video games, so naturally here on my blog, you will find anime reviews, Nintendo news and other such things that I deem interesting.
View all posts by Rory →
This entry was posted in Rory's Reviews and tagged Comedy, Comic Girls, Rory's Reviews, slice-of-life, Spring 2018 Anime. Bookmark the permalink.