Characters I Would Like to See in Super Smash Bros.

The day has arrived, and Nintendo’s E3 Direct will be gracing our screens in a few hours’ time. Before that, I decided why not have not have a little fun and talk about characters I would love to be able to play as in the next installment of the Smash Bros. series.
After all, we know that Super Smash Bros. will be the main focus of the Direct, so it seems like an apt time to do something like this.
At the time of writing, I have no idea whether any of these characters will actually make it in or not. It’s always fun to speculate, though.

Mythra and Pyra from Xenoblade Chronicles 2

I am most keen to see characters from Xenoblade Chronicles 2 make their way into Super Smash Bros.. The most likely ones would probably be Pyra and Mythra as seen above, or Rex. I would absolutely love to see the likes of Mórag or Poppi make it as playable characters, as they happen to be my favourite members of the cast.
Rex and/or Pyra and Mythra seems like it would be the safest best, though. 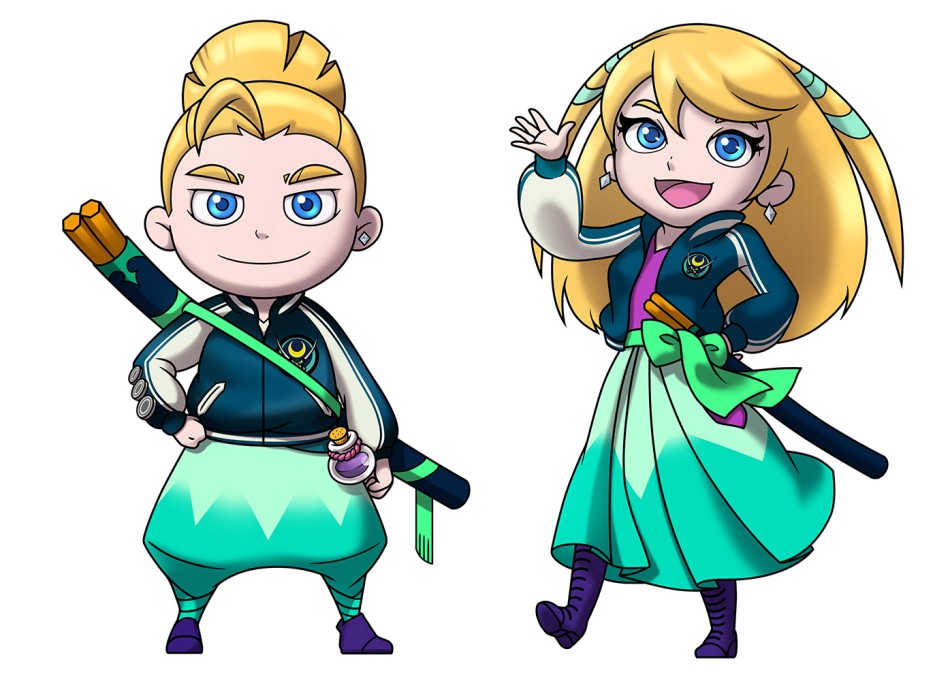 Male and female versions of Musashi from Sushi Striker: The Way of Sushido

From a game that was released very recently, Musashi seems like he/she could be a likely addition to the roster. Musashi is the star of Sushi Striker: The Way of Sushido, and you can choose to play as either male or female versions. Presumably it would be the same if they made their way into Smash. 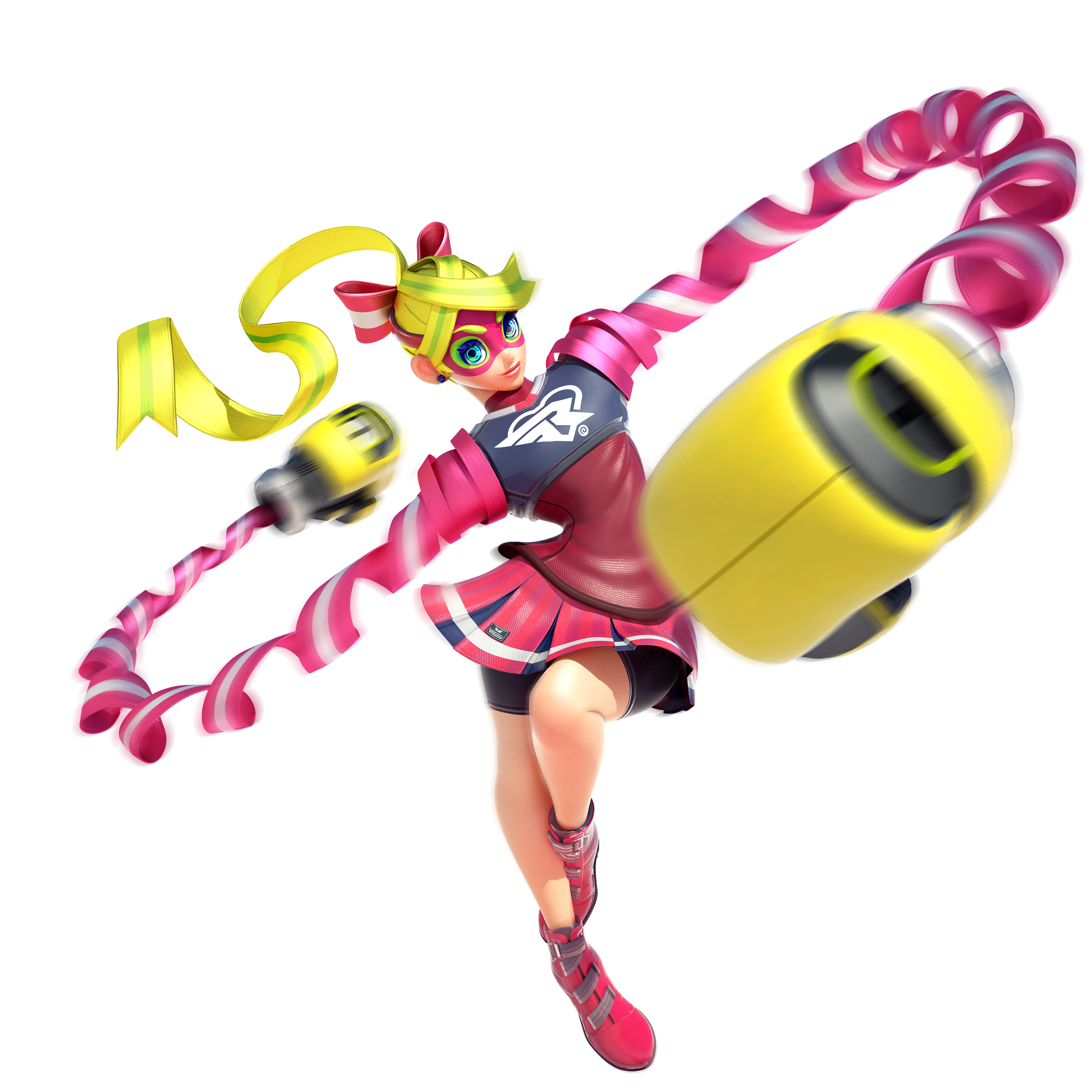 I feel like a character from ARMS appearing in Super Smash Bros. is a very likely thing. Spring Man and Ribbon Girl probably have the best chances, but I certainly wouldn’t mind if Nintendo decided to go for someone like Min Min or Lola Pop instead.

Lyn from Fire Emblem has been an Assist Trophy for far too long. It’s about time she graduated from that and became a playable character in Super Smash Bros., methinks. There are quite a few Fire Emblem characters already, but to that I say: what’s the harm in one more?
There are five different versions of Lyn in Fire Emblem Heroes. There probably wouldn’t be that many if she wasn’t popular is all I’m saying…

Another character who was an Assist Trophy before and deserves to get an upgrade to playable character is Isaac from Golden Sun. Golden Sun was the first ever game I owned on GBA, and I’ve loved the franchise since. The Lost Age and Dark Dawn are both great games – and the latter even gives us on older Isaac with a beard. Might be neat to see on his alternate costumes be that.
I guess Felix, lead character of Golden Sun: The Lost Age could fill the Golden Sun spot, or maybe even Matthew, Isaac’s son from Golden Sun: Dark Dawn. Isaac, Felix and Matthew are all main characters, so they are the most likely.
If I had my way, though, I’d have Karis and/or Sveta from Dark Dawn – those two are my favourite characters within the franchise.

Since I didn’t really start getting into the Donkey Kong Country games until the Wii’s Donkey Kong Country Returns, I don’t really have much attachment to King K. Rool. However, I know that his inclusion in Super Smash Bros. would doubtless please a few people, and it’s always nice to see more villains expand the roster.

This is the point where I’ll go over some third party characters I would absolutely love to see get into the game – I’m willing to bet that most of these characters will be very unlikely, but you never know…

After Mega Man’s inclusion on the previous Smash, many people have been clamoring to see either X or Zero from the Mega Man X series make it in. Not me, though. I would much prefer to see Aile from Mega Man ZX. Mega Man ZX is my favourite game to bear the Mega Man name, and I think it deserves some love after the main characters were absent from Mega Man’s Final Smash. Aile also has a male counterpart named Vent, so I guess he could be included as well.

Shanoa from Castlevania: Order of Ecclesia

I’m perfectly aware that if Smash Bros. gets a Castlevania character it will be Simon Belmont, but I would love to see Shanoa from Castlevania: Order of Ecclesia make it in. Order of Ecclesia was released for the DS, and definitely one of my top Castlevania games. I loved both Dawn of Sorrow and Portrait of Ruin on the DS as well, so I wouldn’t mind seeing characters from those games.
If Simon Belmont is the one to make it in, perhaps the alternative costumes could be used as other members of the Belmont family, or anyone who has wielded the Vampire Killer whip – Jonathon Morris from Portrait of Ruin, for example.

I’ve always thought that Shantae would be a perfect match for Super Smash Bros., and that hasn’t changed even now. After all, her first game was on the Game Boy Color. Her animal transformations could make for some interesting movesets, as well as her magic and of course she’s able to whip foes with her hair.

A Shovel Knight amiibo exists, so it seems like he could make it into the next Smash Bros. He’s already showing up in one crossover fighting game – Blade Strangers – so maybe that will affect his chances of showing up in another one. You never know, though.

KOS-MOS and T-elos are both in Xenoblade Chronicles 2, and there are rumours of a Xenosaga HD remaster floating around. Putting KOS-MOS (and, hey, why not, T-elos as well) in Smash seems like a very good way to generate hype for it. Of course, she’d have a moveset based around her abilities in the game she hails from, lovingly crafted – you know, like every other character in Super Smash Bros..

All right, let’s end this post with a character that I feel would be a very unlikely addition to the roster. Blanc from Hyperdimension Neptunia is the CPU of Lowee, and basically the representative of all things Nintendo within that particular world.
I’ve always thought that the Hyperdimension Neptunia games should be multiplatform considering what they are about, and it seems that the series will take steps towards that with the upcoming Brave Neptunia.
I feel like any of the characters from the games would fit in perfectly, but Blanc would be the most apt.

There are plenty of other video game characters out there who deserve a spot on the Smash Bros. roster, and I’m sure I’ll think of someone later on and regret not including them on this list.
Or maybe someone will be revealed during the E3 Direct, and I’ll kick myself for not thinking of them.
I’m looking forward to seeing what Nintendo has in store for us, and if at least one character I mentioned here make it in, that will keep me content. If, by some twist of fate, they all make it in… well, I’d be pretty happy, that would be safe to say.

1 Response to Characters I Would Like to See in Super Smash Bros.