Episode 3 of Sword Art Online Alternative: Gun Gale Online shows us how LLEN ended up getting involved in Squad Jam, as well as ensuring we know exactly what the rules for that event are. 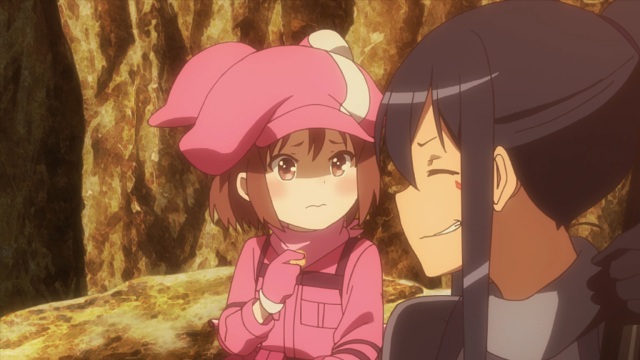 LLEN and Pitohui talk about the upcoming Squad Jam

We start simply with LLEN and Pitohui talking about Squad Jam. Pito is very keen to have LLEN participate in the event. Pito herself is unable to do so, as she has real life commitments.
As their conversation continues, Pito correctly guesses that LLEN uses Gun Gale Online as an escape from real life. Pito is the same way, too.

Since LLEN is free on the day of the Squad Jam, Pito insists she should enter it. If LLEN doesn’t come up with an answer for her by next Wednesday, she will consider that a yes. 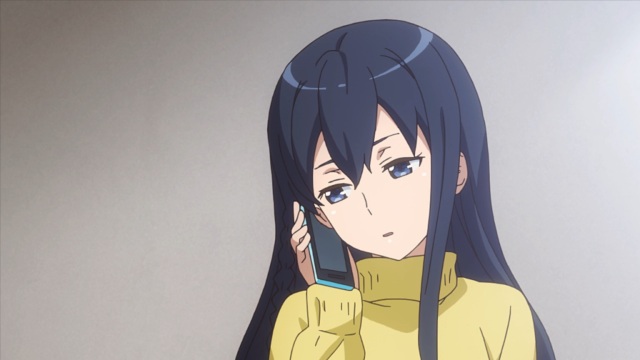 Miyu tells Karen that she should just go for it, though the date of Squad Jam also happens to fall on the same day as Elsa Kanzaki’s concert. Karen is a huge fan of Elsa Kanzaki. 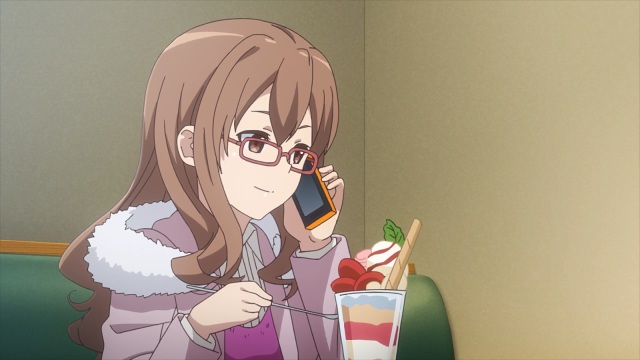 Miyu is unsure whether they will be able to get tickets for Elsa’s concert; she says that it is a 50/50 chance. If Karen gets a ticket, she will refuse to participate in the Squad Jam.

Unfortunately, Miyu is unable to get the tickets.

Pito and LLEN go over the Squad Jam rules

Back in Gun Gale Online, Pito is very pleased to hear that LLEN will be participating in Squad Jam after all. After going over a few more rules, LLEN meets the person that she will be teaming up with. 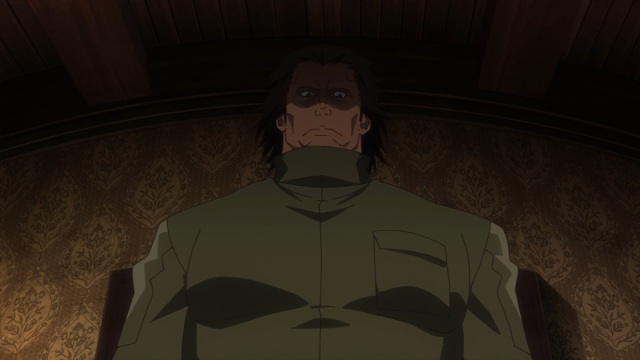 This mountain of a man is simply known as M

We saw M back in the first episode, but here we get a better idea of what he is like. We also learn that he knows Pito in real life, though that’s about all the information we get for now.
Pito leaves LLEN and M to get acquainted. After a quick introduction, M takes LLEN to the staging area to ascertain her level of skill. 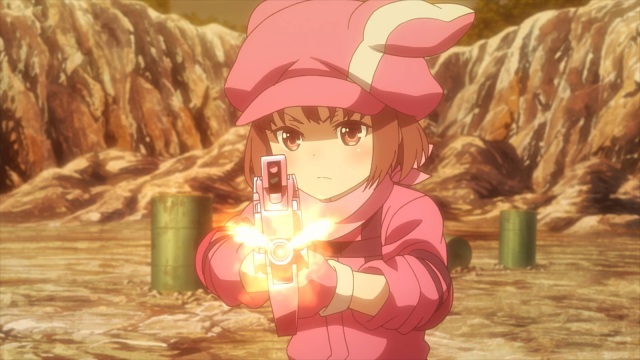 LLEN carries out M’s instructions, and we also learn about the types of guns that M himself likes to use. He has an M14-EBR, as he prefers to fight from long distances. He uses it for short distances too, but if he is in the same room as an enemy, he uses a HK45.

M tells LLEN about his guns, and says that she should remember all that just in case.

Going back to real life for a moment, Karen decides to write a fan letter to Elsa Kanzaki. She writes about her height complex, and how Gun Gale Online gave her the opportunity to not worry about any of that. Karen writes the letter whilst listening to one of Elsa Kanzaki’s songs.

We return to the world of Gun Gale Online once more, during the countdown to Squad Jam. Before the event begins, M gives LLEN a knife and tells her the best way to strike with it should the situation call for it.
This leaves LLEN wandering who exactly M is.

The episode ends just as Squad Jam begins. Of course, we’ve seen how at least part of it plays out from the first episode.

They were pretty keen to have the audience learn the rules of Squad Jam here, huh? As a result, there wasn’t really a whole lot going on in this episode.
As such, there isn’t too much for me to say here. The rules of Squad Jam were given to us, and we saw how LLEN ended up partnering up with M.
Having all this exposition in this episode doesn’t exactly make it the most thrilling thing, but I guess that does mean it is out of the way now. It seems pretty likely the action will pick up next time, though.

I enjoy writing, manga, anime and video games, so naturally here on my blog, you will find anime reviews, Nintendo news and other such things that I deem interesting.
View all posts by Rory →
This entry was posted in Episodic and tagged Episode 3, Episodic, Karen Kohiruimaki, LLEN, M, Pitohui, Spring 2018 Anime, Sword Art Online Alternative: Gun Gale Online. Bookmark the permalink.